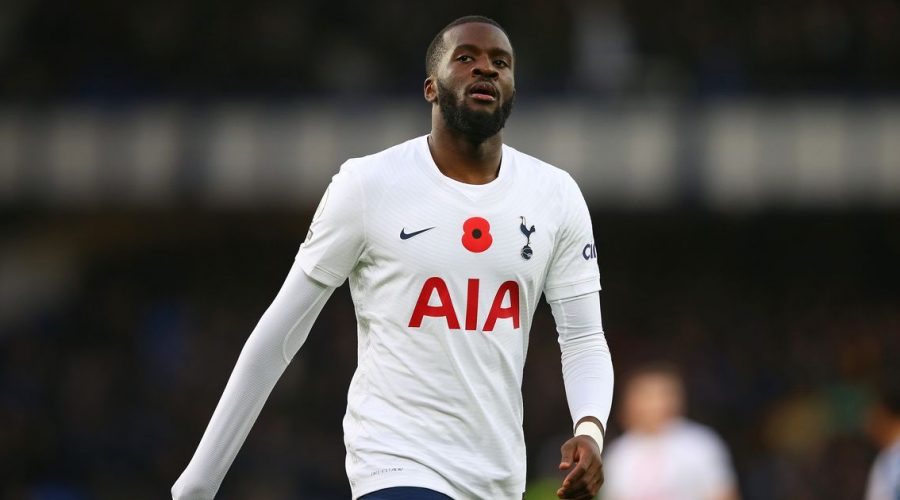 Tottenham Hotspur could lose two players with a combined price tag of £81million during the January transfer window.

The club are reportedly happy for both Tanguy Ndombele and Steven Bergwijn to leave the club this month as Antonio Conte looks to overhaul his playing squad.

Ndombele joined Spurs from Lyon for a club record fee worth £54million back in the summer of 2019, while Bergwijn arrived from PSV for £27million just six months later.

This means that if the pair were to both leave this month Spurs would be losing two players that cost them a combined fee of £81million.

The Athletic reports that Ndombele is hopeful of securing a move away from the club during the current window having previously told Spurs he wanted to leave in the summer.

There is now a mutual feeling at the club that selling the French midfielder would be the best thing to do for all parties.

Ndombele was booed off the pitch by his own fans when he was substituted during Sunday's FA Cup third round win over Morecambe.

It was just his second start under Conte, although the Italian has included Ndombele in every one of his matchday squads since taking over as boss.

Should Tottenham Hotspur reconsider selling Tanguy Ndombele and Steven Bergwijn? Let us know in the comments section below. The only stumbling block that could delay a permanent departure is Ndombele's contract, with three-and-a-half-years remaining on his deal worth £200,000-per-week.

Barcelona have expressed an interest in him in the past and Ndombele is understood to want to join a club playing in the Champions League.

A loan move is the most likely outcome for the 25-year-old this month.

As for Bergwijn, Fabrizio Romano reports that Spurs have decided to sell the Dutch winger this month with a number of clubs interested in him.

A return to the Netherlands is on the cards after Ajax became one of the first clubs to submit an offer for him but it is understood that nothing has been agreed as of yet.

Bergwijn has only started once under Conte, playing just 100 minutes of football since he took charge and is currently sidelined with a calf injury.

January 10, 2022 Soccer Comments Off on Spurs could lose two stars including Ndombele who cost them combined £81m
NFL News