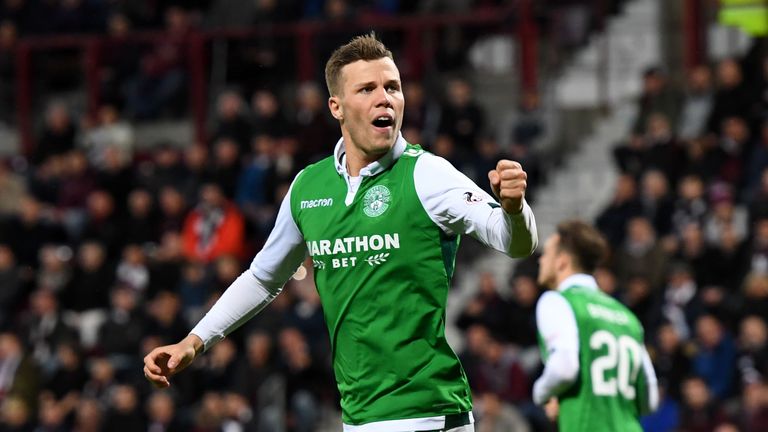 The 23-year-old has hit four goals in seven Premiership appearances this season, despite struggling with a knee injury earlier in the campaign.

In fact, nobody has scored more goals in the Scottish Premiership since January 1 than the Swiss after his initial loan move to Hibs from Grasshopper.

His 13 goals for the calendar year place him above Celtic’s Odsonne Edouard, Hearts’ Steven Naismith, the Rangers pair of James Tavernier and Alfredo Morelos and Kilmarnock striker Kris Boyd.

Kamberi’s impact at Easter Road after joining on loan from the Swiss side in January of this year was immediate, scoring on his debut in the 2-1 win over Kilmarnock.

He went on to score nine goals in 14 appearances last season, including a hat-trick in the 3-1 win over Hamilton in April.

Neil Lennon was clearly impressed and Hibs struck a deal with Grasshopper to sign the forward permanently in the summer, despite him being linked with a move to Sky Bet League One side Sunderland.

And Kamberi has carried on his fine form this term, with an early-season hat-trick against NSI Runavik in Europa League qualifying preceding his domestic goalscoring exploits.

He chipped in with two assists last season and has already gone one better this time around as well after forming a lively understanding going forward with the likes of Martin Boyle and Stephen Mallan.