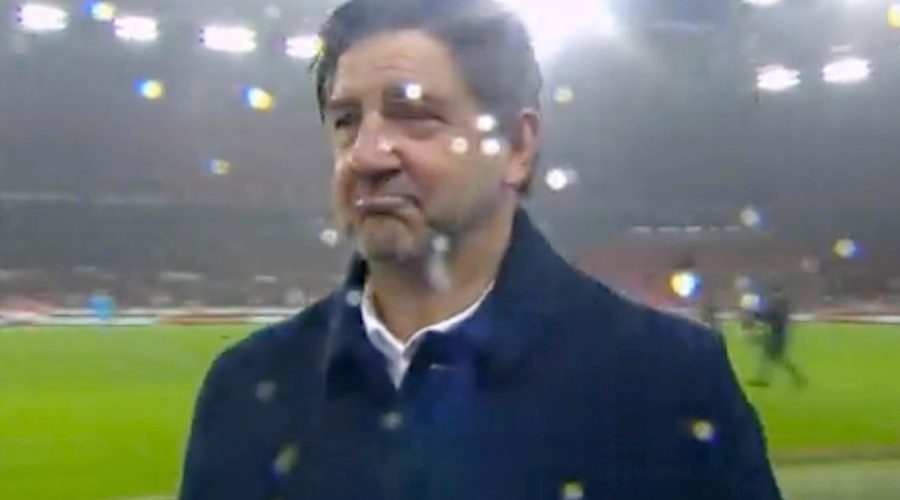 Spartak Moscow managed to earn all three points over in a 2-1 victory over Napoli in the Europa League on Wednesday – and the defeat was heavily felt by the Italian side’s manager.

Aleksandr Sobolev’s first-half brace was enough to help Rui Vitoria's team over the line at the Otkrytie Bank Arena. Youngster Eljif Elmas got a goal back for Napoli in the 64th minute of play but they ultimately were unable to turn over the deficit.

The Russian side’s victory has them top of the group with Napoli in second place, level on points.

But if Leicester City and Legia Warszawa’s game ends in a win, the Serie A club will slump down to the third position in Group C with one game left to play.

The occasion was too much for Gli Azzurri boss Luciano Spalletti to take at full-time as he scuttled down the touchline, refusing to shake Vitoria’s hand upon the game’s conclusion.

However, the Spartak manager, instead of acting angrily, gave a humorous pose as the camera panned around him.

But people on social media have pipped up with a number of reasons Vitoria was snubbed.

Is this the best reaction you've seen to a handshake snub? Let us know your thoughts in the comments section below.

One of the theories was that Spalletti was previously the Zenit Saint Petersburg boss.

Someone wrote: “He has loyalties to Zenit. Understandable.”

However, the theory with more bite suggests that Vitoria was rude to the Italian boss pregame.

An online user wrote: “According to Spalletti, Rui Vitoria did not greet him at the beginning of the game.”

And indeed, Napoli boss said to Sky Sports after the game: “He didn’t salute me before the game.

"That is when you shake hands with the other coach, not at the end just because you won.

“I always go to salute the visiting coach before the game. It’s too easy to do it afterwards only when you’ve won.

"You must welcome someone to your stadium.”

Napoli lost their first game of the 2021/22 Serie A season at Inter Milan last Sunday. The game was further marred by the fact striker Victor Osimhen picked up an injury to his face that will see him sidelined for three months at least.

To add to their woes, Lorenzo Insigne is also currently injured too, while reportedly a Covid-19 breakout has occurred within the side.