Real Madrid suffered another shock defeat on Saturday, with Julen Lopetegui’s side losing 2-1 at home to Levante, and, unsurprisingly, the club were heavily criticised in Sunday’s Spanish newspapers.

Marca was particularly hard-hitting, declaring ‘This Madrid are a wreck’ after Lopetegui’s team saw their run without a victory extend to five matches.

The newspaper indicated that Lopetegui, who took charge in the summer, is only staying on because a replacement hasn’t yet been identified. 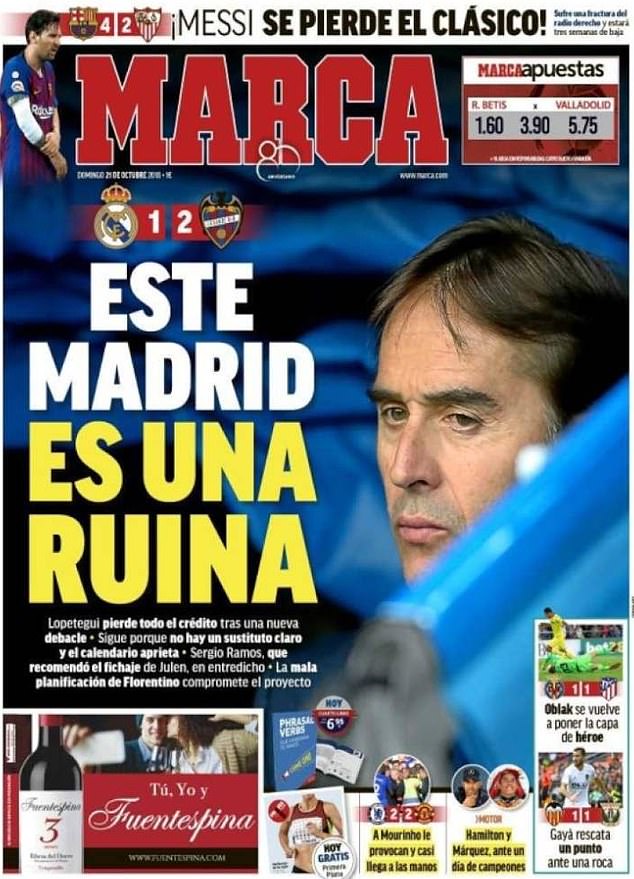 In addition, they suggested that captain Sergio Ramos, who recommended former Spain boss Lopetegui, should take some of the blame for the situation.

Marcelo reduced the deficit in the second half but the hosts still fell to another defeat – their fourth in five games across all competitions.

AS were also critical of Real, reflecting on the woeful start that they made to the game, with their headline reading: ‘Impotent’. 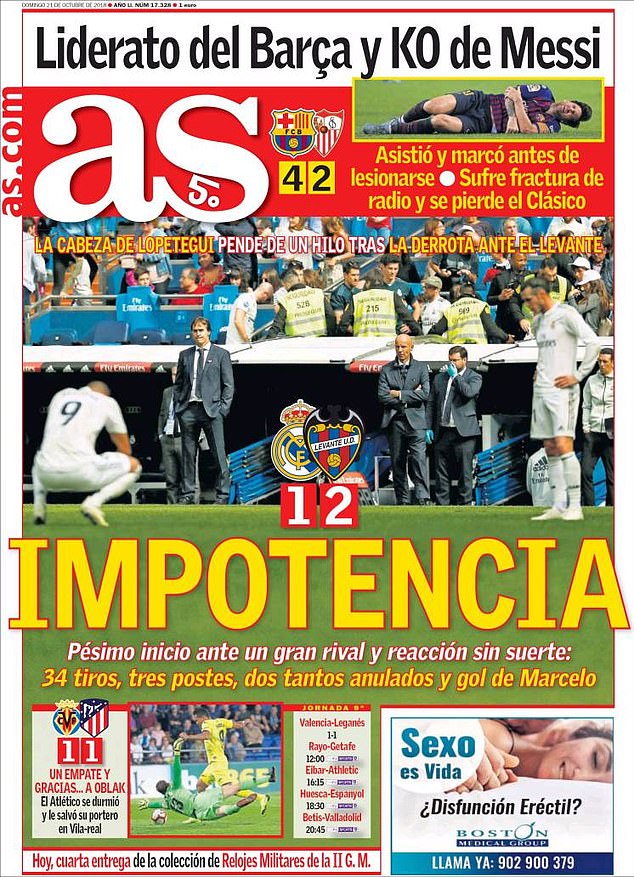 AS’ headline read ‘Impotence’, with Real seeing their run without a win extend to five matches

However, the publication provided some reasons for the result, remarking that Levante are a talented side and that Real, who had 34 attempts, two of which hit the woodwork, were rather unlucky not to at least get a draw.

Mundo Deportivo highlighted the severity of Real’s situation, describing it as a ‘mega crisis’.

Sport suggested that the end is near for Lopetegui, stating that the former Spain boss has been ‘sentenced’.

Next up for Real is a Champions League game at home to Viktoria Plzen on Tuesday in which they will hope to gain some confidence before travelling to the Nou Camp on Sunday for the latest instalment of El Clasico against Barcelona. 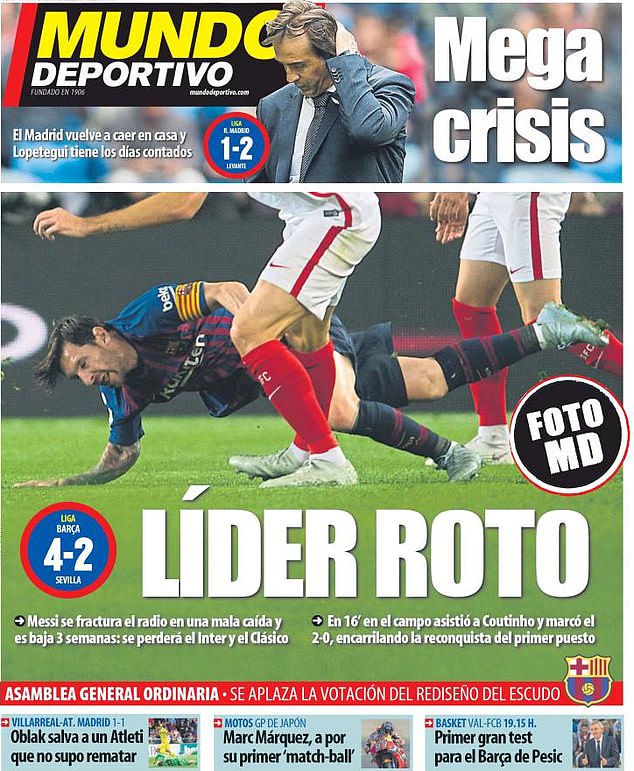 Mundo Deportivo also hit out at Lopetegui, stating that Real are in a ‘mega crisis’ 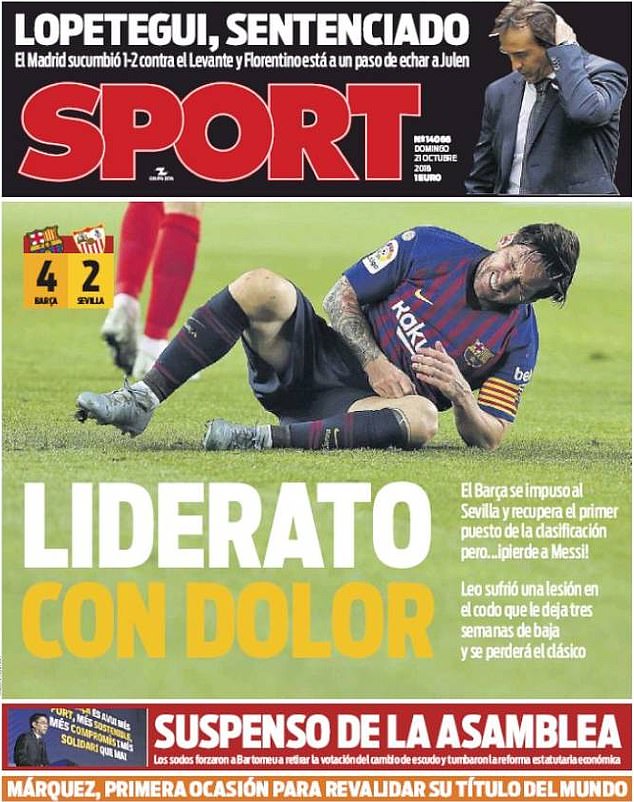 Sport suggested that the end is near for Lopetegui, stating that he has been ‘sentenced’