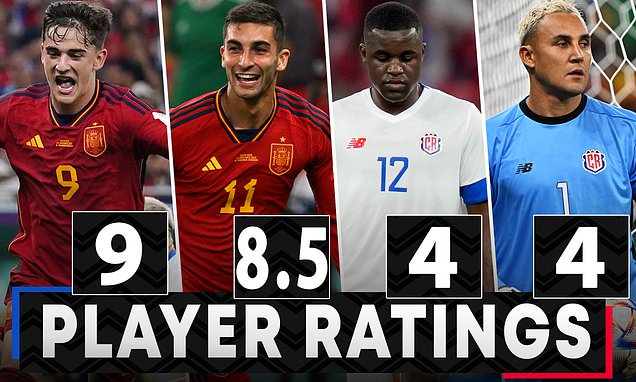 Clinical Ferran Torres and teenage star Gavi helped Spain to crushing win over Costa Rica… who with ex-Arsenal forward Joel Campbell failed to have a single shot on goal: PLAYER RATINGS as Luis Enrique’s side throw the gauntlet down to World Cup rivals

Having watched Argentina and Germany slip to shock defeats, Spain made sure they would not suffer the same fate after a devastating display to thrash Costa Rica 7-0.

Luis Enrique’s side put in one of the most dominant displays of the World Cup in modern times to show off their credentials to win the tournament in Qatar.

With Spain looking supreme and Costa Rica looking helpless, here is how Sportsmail rated both sets of players. 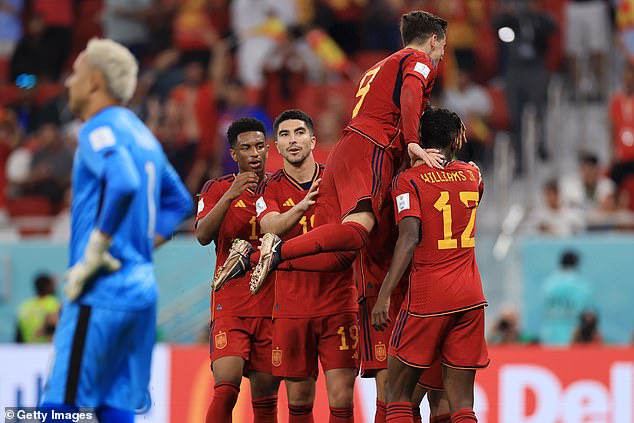 Unai Simon – Literally had nothing to do all game aside from catch a hopeful long punt upfield in the second half. Gains a few marks for staying awake, loses some for not preparing any reading material in his 18-yard box. 6

Cesar Azpilicueta – The veteran Chelsea star was the slightly less adventurous of the Spain full-backs but he was never tested down the right flank and it only gave him full confidence to attack. 7

Rodri – There were a few raised eyebrows when he was selected to start centre-back and even after 90 minutes we still don’t know whether he can play there for Spain after Costa Rica’s lack of attacks. He must have done something right though for that to be the case. 7 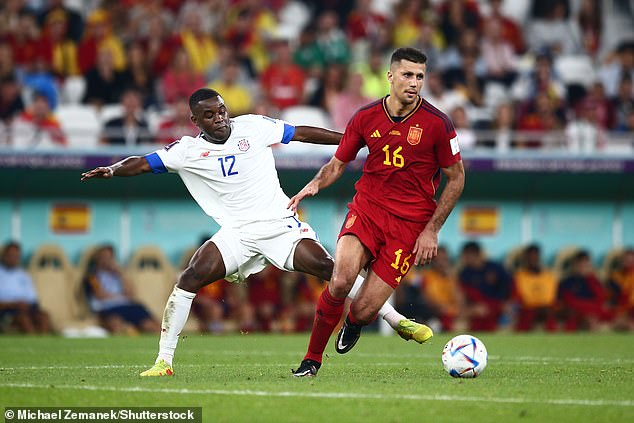 Aymeric Laporte – Alongside his Manchester City team-mate, he enjoyed one of his easiest nights in a Spain shirt. Commanding at the back and confident in bringing the ball forward. 7.5

Jordi Alba –  His class showed on the left, displayed in full effect for Spain’s second goal as with minimal looking effort his cross was perfect for Asensio to sweep home. 8

Gavi – At just 18 years old, the midfielder became Spain’s youngest player at a major tournament and he marked it with a classy assist and a stunning goal with a volley on the outside of his boot. Spain’s future looks incredibly bright with him in the side. 9 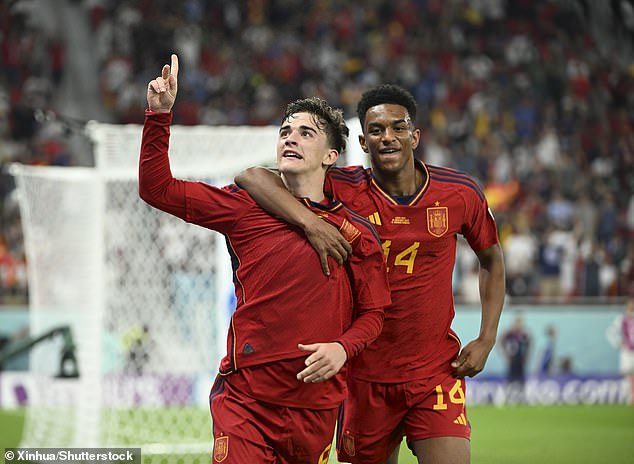 Sergio Busquets – Tougher games will come for the last star from the 2010 winners but he didn’t give Costa Rica a sniff in midfield and yet hardly looked to break a sweat. Important experience showed. 8

Pedri – Another teenage star Spain will be looking to build their team around in the next few years and he too didn’t look out of place with a string of key passes to keep the pressure on Costa Rica. 8.5

Ferran Torres –  Questions over his place in the starting line-up but he fully justified his selection with a well taken first time strike and coolly converted penalty before being rested. 8.5

Marco Asensio – A surprise selection over Alvaro Morata but made the most of his starting spot with his excellently taken goal, where he swept in a first-time finish from Alba’s cross. 8

Dani Olmo – Got the ball rolling in after neatly lifting a finish over Navas, which had come moments after he snatched a volley wide to open the scoring early on. Had less of an impact in the second half. 7.5 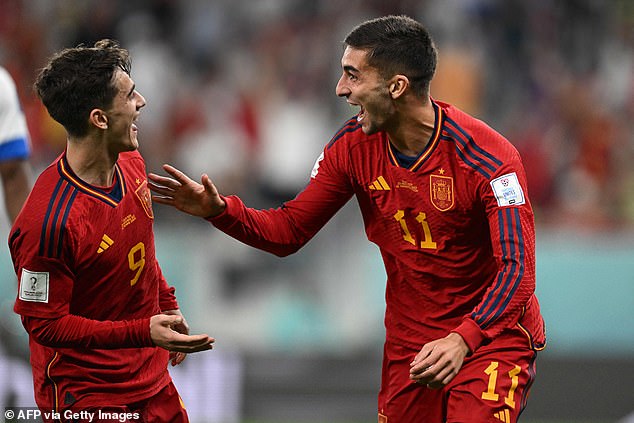 Alejandro Balde – Only had half-an-hour on the pitch yet still made an impact, with his clever run leading Gavi’s sensational goal. Not bad for a player not even selected for the initial squad. 7

Koke – Came on with the game already won but didn’t allow Spain to become sloppy and continued their midfield dominance over their hapless opponents. 7

Carlos Soler – Offered fresh legs on the left, and although he saw little of the ball he was alert inside the box to slot home Spain’s sixth goal in the final minute of regulation time. 7

Alvaro Morata – A surprise snub even if he was victim of a virus in the Spanish camp. Looked fighting fit when he came on though for the final half-hour, teeing up Gavi’s goal and even scoring himself. 7.5

Nico Williams– Came on when the game was well and truly over and his 20 minutes on the field were more of a cameo showing. Added experience for the 20-year-old talent though 6.5

Keylor Navas – Faced eight shots and seven of them went in. Couldn’t do much about many of them including the penalty but he was suspect for Asensio’s volley where he could have done better. 4 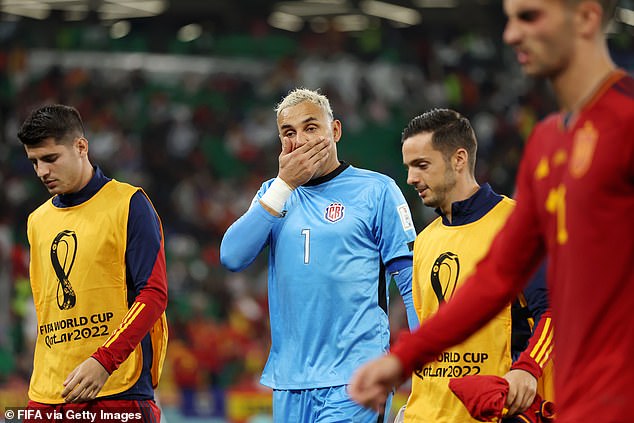 Carlos Martinez – Inexperience of seven caps showed as he was given the runaround by Jordi Alba while defending the right flank before he was hooked at half-time. 4

Oscar Duarte – A centre-back who on the wrong end of a 7-0 defeat never made a single tackle in the entire game as the goals flew in around him. 3.5

Francisco Calvo – At least put in five tackles but not all of them were clean and it still led to him picking up a yellow card in the latter stages of the match. 4.5

Bryan Oviedo – Had an opportunity to show Spain why picking the veteran Azpilicueta was a risk by attacking the full-back. Instead he offered nothing going forward before being substituted. 4

Keysher Fuller – Made himself available for the ball inside the Spain half but he often seemed a dead end to any rare Costa Rica attack. 4

Celso Borges – About as good as it got for Costa Rica. His 34-year-old legs showed against Spain’s whizz kids but the 155 capped midfielder still won all four of his aerial duels. 5 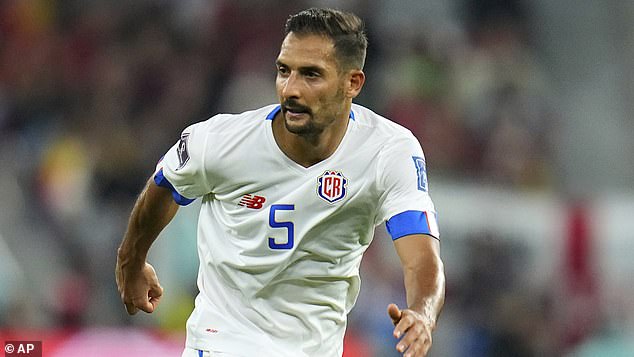 Yeltsin Tejeda – Totally ineffective in the middle of the park. A constant source of lost possession and a key reason why Costa Rica just could not build any attacks. 3.5

Jewison Bennette – Another teenager on the pitch. Unlike his Spanish counterparts though he couldn’t have endured a worse World Cup debut. At least it only gets better from here. 4

Joel Campbell – The former Arsenal forward is still going strong… or so we thought. Never looked like having a shot on goal let alone scoring, although he can be slightly excused by a dreadful lack of service. 4

Anthony Contreras – The other half of a Costa Rica attack that failed to have a shot on goal in the entire game – something that hasn’t happened at a World Cup since 1990. 4 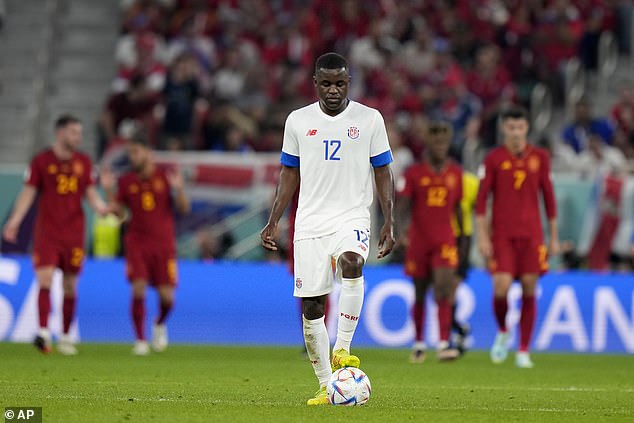 Kendall Waston – Brought on at half-time to add an experienced head to the defence… yet he hardly improved matters as Costa Rica arguably got worse in the second half. 4

Bryan Ruiz – Once seen as a luxury player for Fulham and perhaps tasked with adding some creativity he made absolutely no impact in the final half-hour. 4.5

Alvaro Zamora – Came on and touched the ball 10 times. Half of those were accurate passes though and he did win two of his three duels. Still ineffective though. 4.5

Brandon Aguilera – Also came on to touch the ball on just 10 occasions for the final 20 minutes as Spain continued to effortlessly pass their way through Costa Rica. 4.5