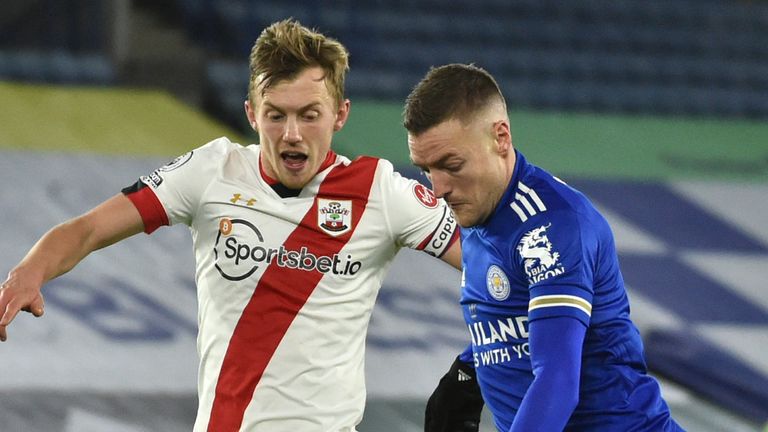 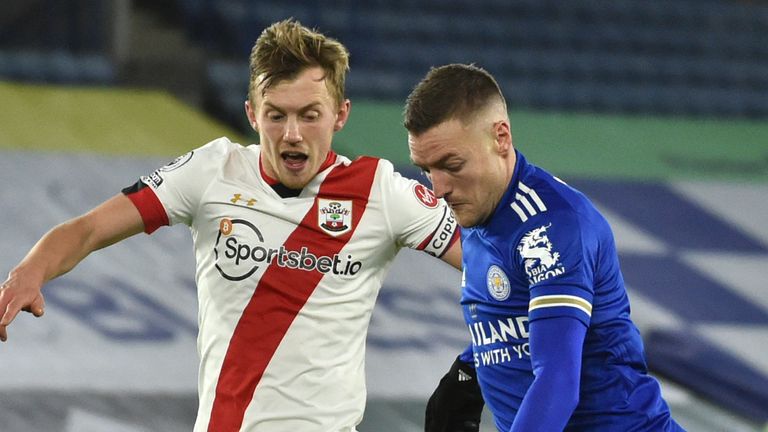 Team news and stats ahead of Southampton vs Leicester in the Premier League on Friday (kick-off 8pm).

The striker was forced off by a hamstring injury during last week’s defeat at Tottenham, with Saints boss Ralph Hasenhuttl unsure when he will be fit to return.

Forward Michael Obafemi has returned to training following surgery on a muscular injury but is not expected to feature, while Ryan Bertrand (calf), Oriol Romeu (ankle) and Will Smallbone (knee) remain sidelined.

Harvey Barnes has been ruled out of Leicester‘s final five games as he needs further knee surgery.

The England winger has been out since February after suffering the injury to his left knee against Arsenal.

Southampton vs Leicester will be shown live on Sky Sports Premier League and Main Event from 7.30pm; kick-off 8pm. Sky Sports customers can watch in-game clips in the live match blog on the Sky Sports website and app. Highlights will also be published on the Sky Sports digital platforms and the Sky Sports Football YouTube channel shortly after the final whistle.