Perhaps it was fortunate that Ralph Hasenhuttl wasn’t pitchside for this.

Perhaps Southampton’s players can count themselves lucky the dressing down they deserved could only come from a social distance. From behind the safety of a screen.

For this drab draw, the Saints manager was left to snarl in self-isolation after Covid infected a housemate and disrupted his festive calendar just hours before kick-off. Without him, Saints struggled and West Ham will feel this is one that got away. 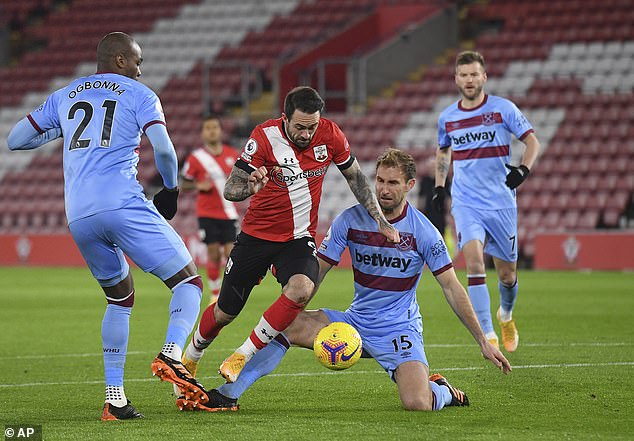 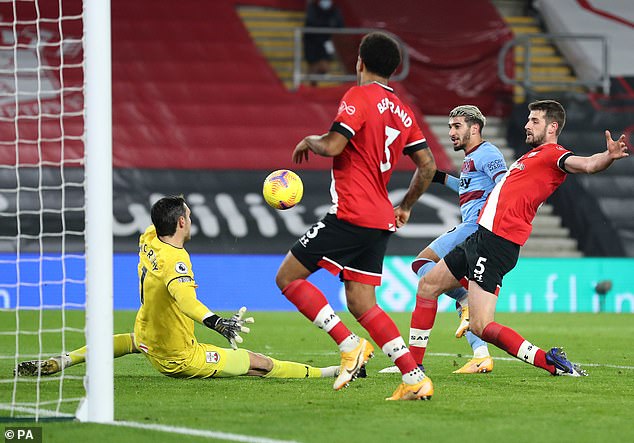 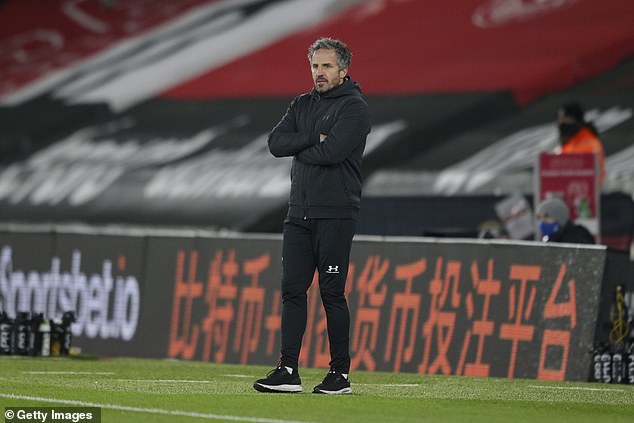 Even the return of Danny Ings couldn’t rouse the home side, who threatened little and have now gone four without a win. They haven’t scored in three either. Ings did find the net early on but it was disallowed for offside. That was as close either side came until the final five minutes, when Said Benrahama was denied his first Hammers goal by the outstretched hand of Alex McCarthy.

It was a brilliant save that denied David Moyes the perfect end to 2021. Earlier this year, of course, he himself spent four games away from the dugout after catching Covid, coaching West Ham from the warmth of his living room.

Moyes had Stuart Pearce on the other end of a phone and last night, in the three and a bit hours after Hasenhuttl’s bad news, Saints set up a video link which allowed him to watch – and coach – from home. 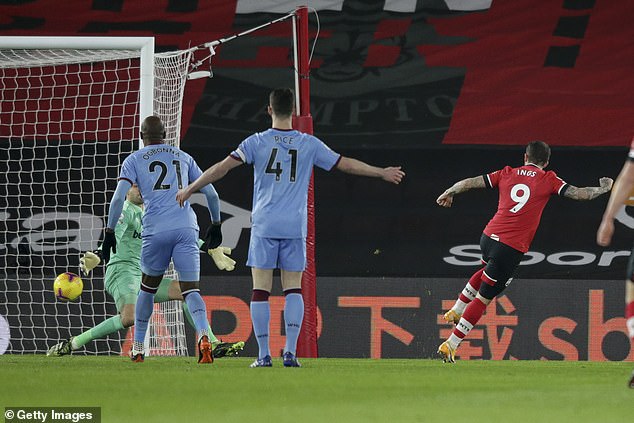 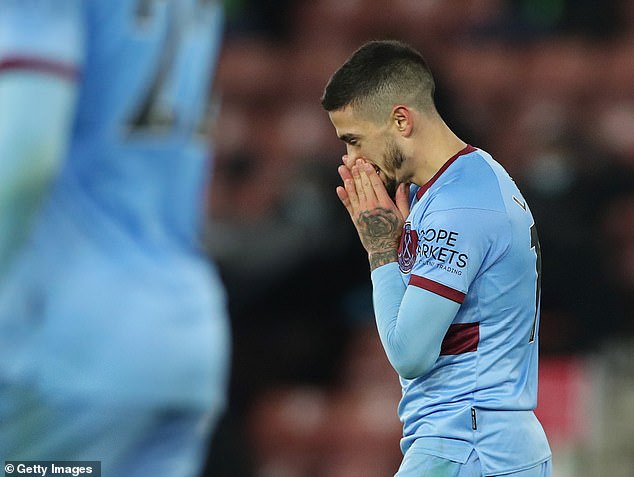 All well and good, provided his stream wasn’t too dodgy. But even on a hazy screen it would have been obvious Che Adams had strayed offside before Ings netted six minutes in.

Everyone inside St Mary’s awaited a flag but it wasn’t until Ings wriggled through a couple of challenges and fired beyond Lukasz Fabianski that the assistant ruled it out.

West Ham heeded the warning and in the stands, Pearce was living every challenge. Unfortunately Adams soon felt the worst of them. From a West Ham corner, the ball dropped invitingly near Craig Dawson, who swung for it but only connected with the head of Adams. There was no malice and, at least to the naked eye, no serious harm done. 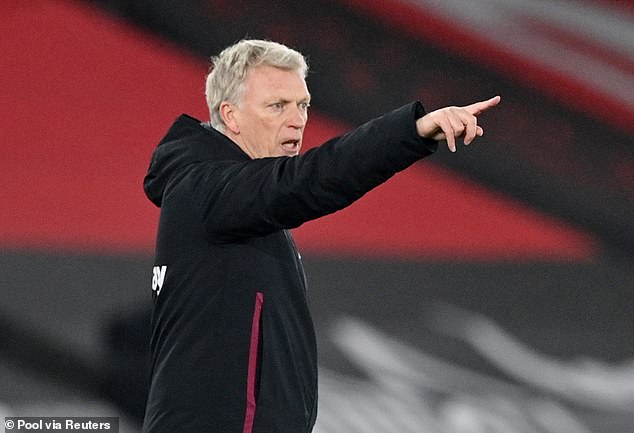 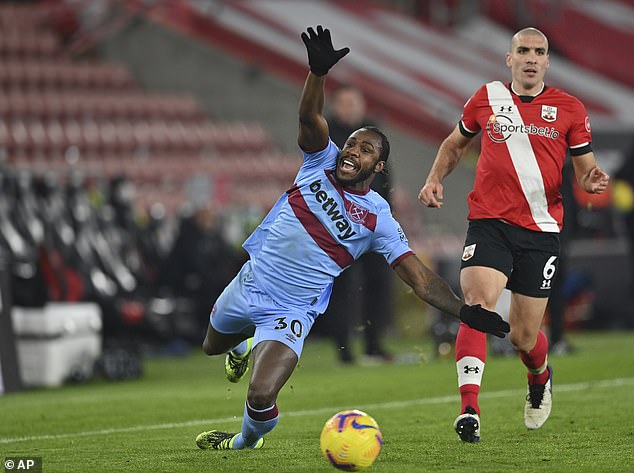 Then, with the last kick of the first half, Manuel Lanzini fired over from inside the area after Aaron Creswell and Pablo Fornals combined down the left. It was a rare glimpse of goal at the end of a dull half. The only hope for Southampton was that Hasenhuttl hadn’t drifted off before relaying his own half-time instructions.

Whatever he said, it couldn’t rouse his team. Saints struggled for rhythm and after Shane Long came on, his first contribution was to block team-mate Moussa Djenepo. It was that kind of night.

Then at the death, West Ham’s three replacements – Benrahma, Jarrod Bowen and Michail Antonio combined. After Saints failed to clear their lines, Benrahma was poised to fire home from point-black range. But McCarthy was there to meet him.