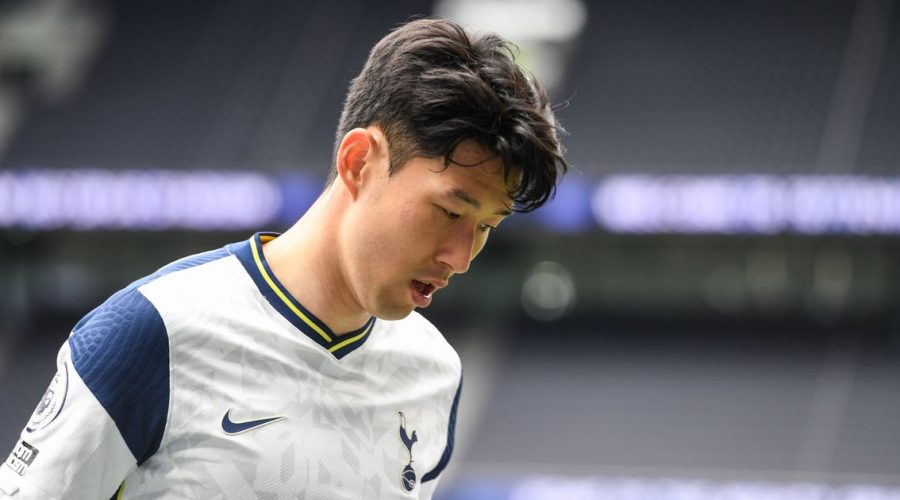 Heung-Min Son has been blasted for a lack of ambition after signing a new long-term contract to stay at Tottenham Hotspur.

The South Korean international has spent six years at Spurs, becoming one of the best players in the Premier League since he joined from Bundesliga side Bayer Leverkusen.

The 29-year-old scored 22 goals and notched 17 assists in all competitions last season, but it was not enough to prevent Spurs enduring a disappointing campaign.

Despite Son’s impressive partnership with Harry Kane since his arrival from Germany, Tottenham are still yet to win a major honour with him in the squad.

Though Spurs appear to be further away than ever from lifting a trophy, with Kane demanding a departure, Son has now committed his future to the club.

The attacker has been handed a bumper pay rise after putting pen to paper on a new four-year contract.

But Son has now been blasted by former Spurs midfielder Danny Murphy for that decision, who does not believe he will be able to win trophies at the club.

“Players are very different. When somebody is content and enjoying life and enjoying their football, not everybody is craving the same things,” Murphy told talkSPORT.

Has Son made the right decision by signing a new contract with Spurs? Comment below.

“I’m sure he is getting a great financial deal, but the chances are he is not going to win very much in the next couple of years at Tottenham.

“That’s the honest fact. So he is obviously not that bothered about winning things.”

Murphy also believes that the new deal shows that Son has “given up” on winning silverware, with Tottenham behind Chelsea, Liverpool and Manchester City in the Premier League.

“I’m talking about every individual player being different in terms of what they want from life and football and their careers,” Murphy added.

“It does suggest, to me, like he has kind of given up. He might believe that Tottenham can turn it around and, I don’t know, compete somehow.

“But most people who know football don’t see that happening next season or the next few seasons, if we are honest, with Chelsea, Liverpool and City’s power. He has given up that, I think.”

July 25, 2021 Soccer Comments Off on Son blasted for ‘giving up’ on trophies after signing new Tottenham deal
NFL News