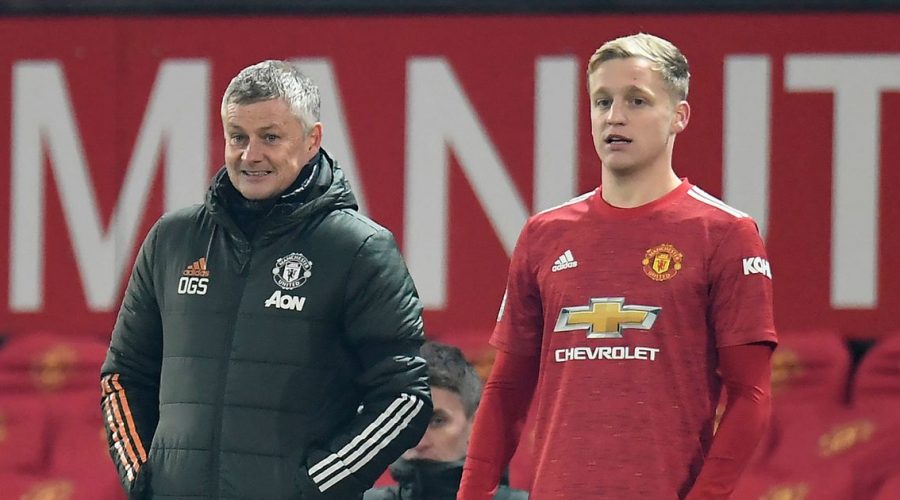 Van de Beek was handed a rare start as the Red Devils laboured to a 1-0 victory in their third-round clash on Saturday.

The Dutch midfielder has been in United's starting XI just nine times in all competitions since his £40million move from Ajax in the summer – leading to criticism of Solskjaer's handling of the 23-year-old.

Sections of the media in his native Netherlands have urged him to leave Old Trafford for regular game time with this summer's European Championship finals approaching.

Rio Ferdinand said Van de Beek might be regretting moving to United, while some observers have questioned whether Solskjaer actually wanted to sign the midfielder.

Ahead of the game against Watford, Solskjaer defended his management of Van de Beek, reiterating his stance that the player needs more time to adapt.

“I’ve answered this question so many times,” the United boss said.

“There are so many examples of players needing a little bit of time – quality players. We have many players ourselves and there are other clubs with examples. Sometimes it takes time."

Solskjaer insisted he understood the criticism before revealing he would have a chance to impress against the Hornets.

"You don’t expect people who care for him to be quiet at times, especially when they want the best for them," said the Norwgian.

“I've spoken to him and reiterated and made him aware how much we rate him. But he'll play tomorrow, and that's a good chance to kick on.”

Van de Beek contributed several clever touches and probing passes against Watford, but didn't make the most of his chance to impress – perhaps justifying his lack of starts to date.

Solskjaer played him as one of two holding midfielders alongside goalscorer an captain for the night Scott McTominay.

And Van de Beek looked restricted by the role, appearing desperate to get further forward.

Ferdinand says Van de Beek would have expected to play much more often after joining United.

The Red Devils legend said: "When you negotiate a contract to go somewhere, you come into the football club knowing where you are, if you’re going to start, or are they going to have to work their way into the team.

"That’s the important part and we don’t know the answer yet. I’m sure from the soundings that his agent has been given off, he expected to be playing games and be a major part of this team.

"It hasn’t materialised so far, and he’s got a Euros to worry about if that goes ahead."