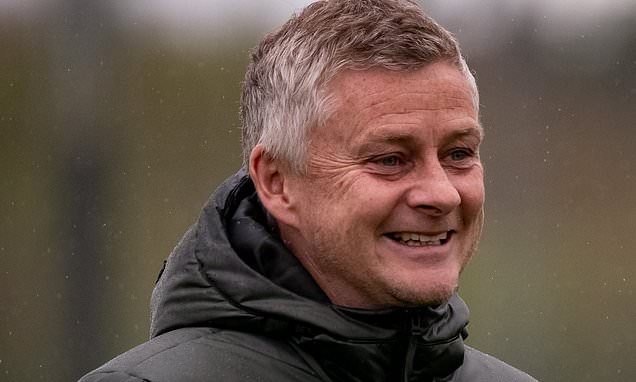 Ole Gunnar Solskjaer tells his players their ‘dream’ of winning the Europa League can be the start of MORE Man United success, as he allows himself to think of lifting the trophy ahead of semi-final against Roma

Ole Gunnar Solskjaer says it will be a dream come true to lift a trophy as Manchester United manager as he prepares for the Europa League semi-final against Roma.

Solskjaer won the Champions League and six Premier League titles as a player at Old Trafford, as well as the FA Cup and Intercontinental Cup, but he has yet to deliver any silverware in two-and-a-half years as manager.

Thursday’s first leg against Roma at Old Trafford will be his fifth semi-final as United boss and he is determined to go one better after four disappointments. 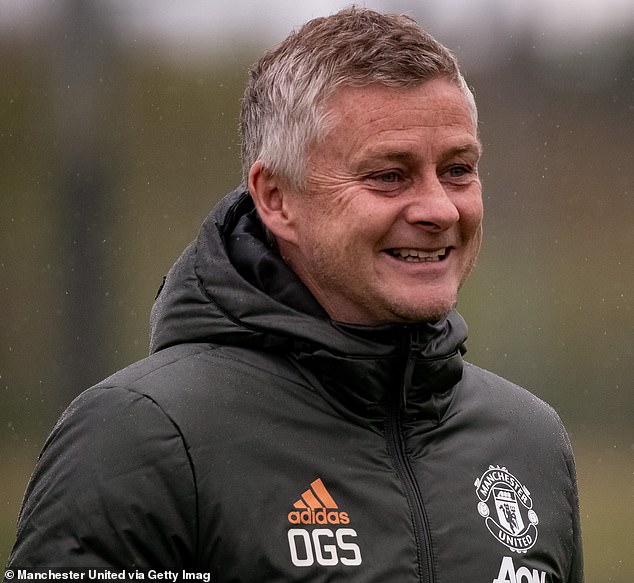 ‘It will be a dream come true the day I can lift a trophy for this club as manager, of course. That’s what we’re building for,’ he said.

‘We’ve been told we’re building step by step, taking the next step, it’s ifs and buts and this and that and you always talk about that.

‘But for this team and myself, our ambition is to finish with lifting a trophy and being able to celebrate. I know how much that can mean for a group moving forward. 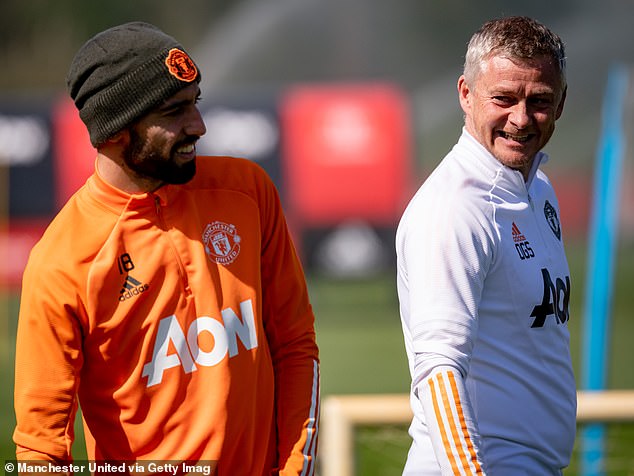 ‘You know when you come to the business end of the season, the main thing is arriving there, being there, being in and around the important games, being in good form and having confidence and belief like we do have now.

‘It’s to have that little bit of luck but also that quality that’s needed. We’ve done remarkably well to get to five semis in a little bit more than a season but of course now we’d like to go all the way. That would mean so much to the end of the season, if we have a final to look forward to.’

United’s last trophy was the Europa League under Jose Mourinho in 2017 when they beat Ajax in Stockholm, and Solskjaer added: ‘We’ve had a great night in this tournament before at the club. We know how much it means for a team and the whole club.

‘Our focus now is to get to the final and make sure that the end of the season can finish with a celebration. As soon as we went out of the Champions League, our eyes and focus was on let’s get to the final.’ 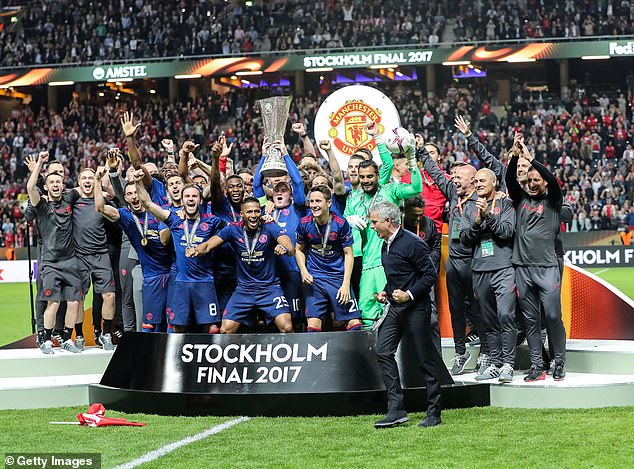 Solskjaer believes United are in a better position than when they faced Sevilla at the same stage last season in a one-off game in Cologne, not least because a top-four finish in the Premier League is all but guaranteed.

‘I would like to think so,’ he said. ‘The players have had another year, they’re more experienced and they’ve come through difficult times.

‘It was a strange end to last season with a tournament and even though we wanted to get to the final it was a strange atmosphere and feeling staying in Germany.

‘Now with the motivation of having those disappointments, I feel very confident we get a good performance. That’s the thing. You come to a situation like this, the team is in good form, it’s comfortable and you just then hope we can produce on the night. 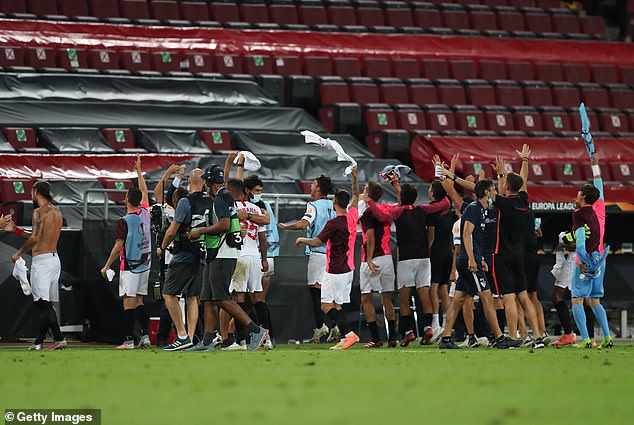 ‘That’s what it’s about, producing in 90 or 180 minutes, having that quality and some luck at times to get to the final.

‘We’ve looked at all the semis and the reasons why but every semi-final is a tough one. You play against very, very good teams. Some defeats you dwell on a little bit more, you analyse a little bit more.

‘It’s about putting things right but it’s arriving in this moment with an almost fully fit squad. We’re in a better position.

‘We’ve had situations where maybe we’ve rested a couple that we thought we needed for a game the next week which has been criticised and talked about, but we made those decisions with the right reasons behind it. Now we’re going to go all out. We’ve got Liverpool in between but that will take care of itself.’