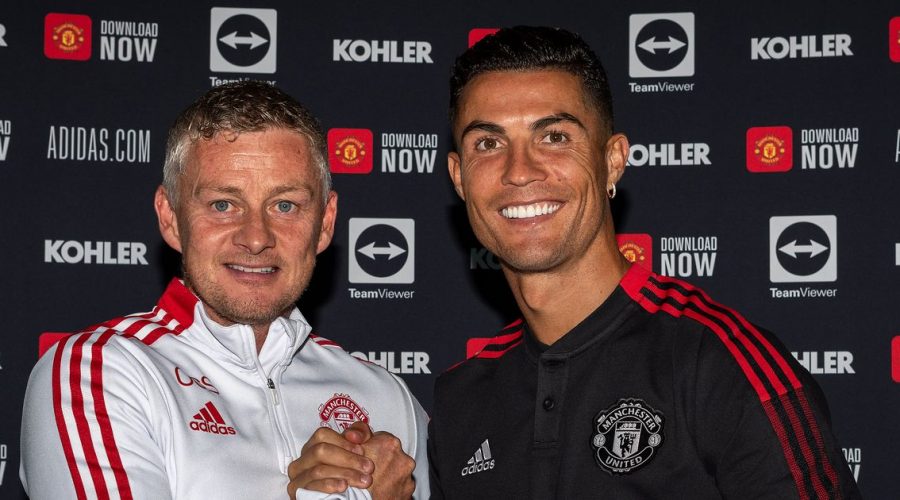 Ole Gunnar Solskjaer believes new signing Cristiano Ronaldo will be an example to the younger players following reports that Manchester United players are now refusing dessert after his arrival.

After departing the Red Devils for Real Madrid in 2009, for a world-record transfer fee, Ronaldo returned to Manchester on Transfer Deadline Day in a £12.5 million deal.

The five-time Ballon d'Or winner started like he'd never left, instantly gelling with his new teammates and bagging a brace on his Old Trafford homecoming.

There was so much to admire about the Portuguese legend during the 4-1 win over Newcastle but one surprising feature was his influence at the pre-match meal the night before.

Reserve goalkeeper Lee Grant explains that not one player in the dressing room touched the desserts bar after Ronaldo refused pudding:

"This was Friday night in the hotel, some guys will be aware, you finish your dinner, and on a Friday night you have some cheat stuff out," Grant revealed when speaking to Talksport.

"You've got apple crumble and custard or you've got brownies and cream. I tell you now, not one player touched the desserts.

Can Manchester United challenge for the Premier League title? Let us know in the comments section.

"We sat down on our table and straight away one of the lads asks me 'What's Cristiano got on his plate?'

"So I have a goosy gander at what he's got and obvious it's the cleanest, most healthy, plate you can imagine

"It just cracked me up how not one single player dared to get up and take that junk food on that was laid out."

The 36-year-old's pre-match habits are not unbeknownst to Solskjaer with the pair having played together during Ronaldo's previous spell at the club.

The age-defying forward is obsessed with preserving his body, and his playing days, for as long as possible.

One of the sacrifices for that is choosing the right foodstuffs which the United boss believes will be an example to many players in the dressing room:

"That's obviously a jokey by Granty [players not eating dessert] in a setting with some mates," said Solskjaer speaking ahead of the Red Devils trip to BSC Young Boys in the Champions League, via the Manchester Evening News.

"It's not as though we were eating junk food before he came in and he's changed it all.

"But obviously, he's proved how to look after yourself and I think he will be an example to many players on how to prolong your career.

"When I retired I looked back at the best days of my life, you have to keep playing as long as possible."