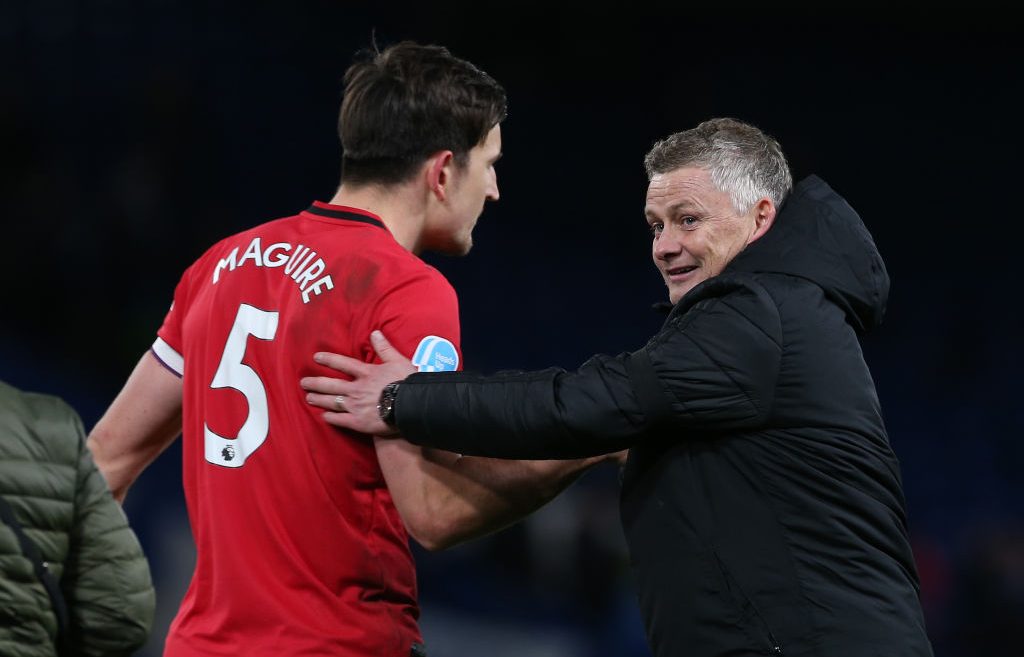 In a largely tame affair at Elland Road lacking in quality, Maguire’s clearly audible tirade at Fred midway through the second half became a big talking point after the game.

The two players had clashed after Fred seemed to take umbrage with a run his captain had made, with Maguire lashing out at the Brazilian, with the incident coming not long after he called Marcus Rashford a ‘f***ing knobhead’ against Crystal Palace last month.

Solskjaer, though, played down the exchange after the game and says the on-field row was simply a by-product of two teammates who demand the maximum from each other.

‘We have a group that demands a lot of each other,’ said the United manager when asked about the argument between Maguire and Fred.

‘The standards are high, in training and in the game.

‘It’s not just about being a nice guy and cajoling each other.

‘We demand maximum effort and I was really proud of the second half.

‘I am really happy with the boys’ focus. They have such a determination to finish the season strong.’

United had been on an excellent run before visiting Leeds, winning five matches in a row and closing the gap to Premier League leaders Manchester City.

However, their slim hopes of making a late comeback in the title race now look all but over after dropping two points at Elland Road, with City 10 points clear with just five games remaining.

On the loss of momentum, Solskjaer said: ‘Of course you’re disappointed that we don’t get the three points, but I think the boys know they put a shift down.

‘We really have a lot of respect for the way Leeds play, and we know the results that they’ve had lately. So this is not something we’re going to look back on as derailing our season. Definitely not.’