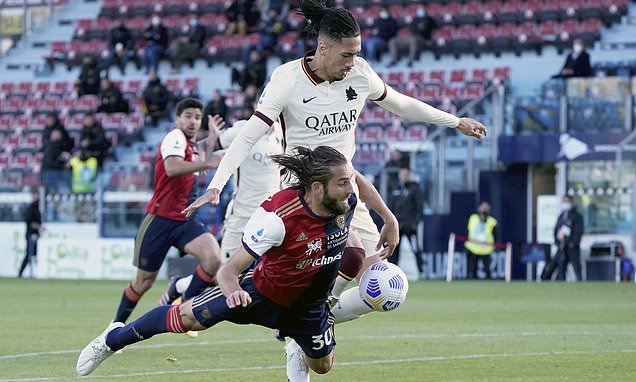 Chris Smalling made his first appearance for six weeks as Roma suffered a 3-2 defeat to Cagliari in Serie A.

The centre-back has recovered from injury just in time to face his former club Manchester United in the semi-finals of the Europa League this week.

Smalling played 59 minutes against Cagliari and was praised by manager Paulo Fonseca for his performance. 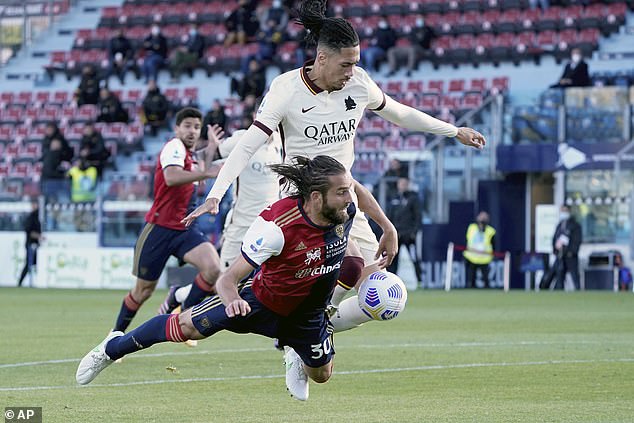 As reported by Football Italia, Fonseca said: ‘He did very well. It was important to get Chris at least 45 minutes of playing time, he had more than that, and I think it was positive. Now he has the chance to play against Manchester United.

‘Unfortunately, we were unable to give some playing time to all those who were coming back from injury, but Chris and Leonardo Spinazzola were the most important ones to get minutes in their legs.’ 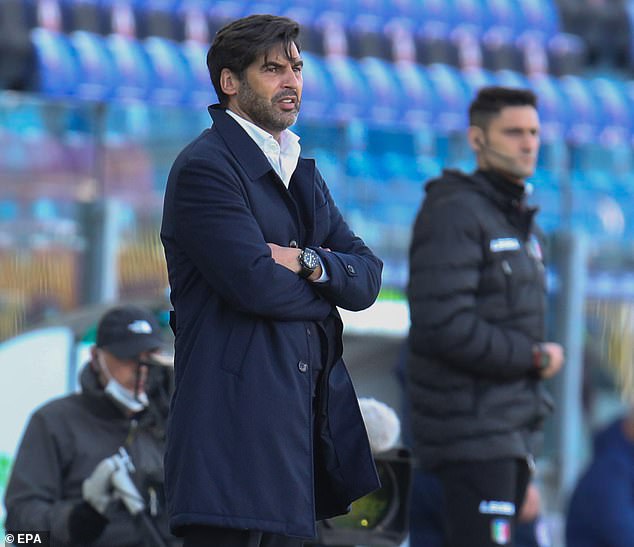 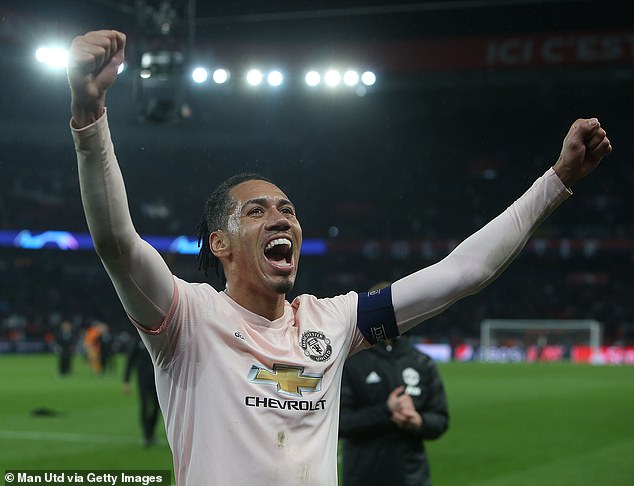 Smalling could feature against Manchester United, for whom he made 323 appearances

When asked whether Smalling or Bryan Cristante will start against United at Old Trafford on Thursday, Fonseca said: ‘We will see. It is possible we will use them both.’

Carles Perez equalised for Roma but Cagliari responded, with Razvan Mari and Joao Pedro scoring before Federico Fazio got a goal back for Roma.

The result leaves Roma in seventh place in Serie A, while Cagliari are only above the relegation zone on goal difference.

Smalling joined United from Fulham in 2010 and made 323 appearances for the club.

The defender won an array of trophies during his time at United, including two Premier League titles, the FA Cup, the League Cup and the Europa League.