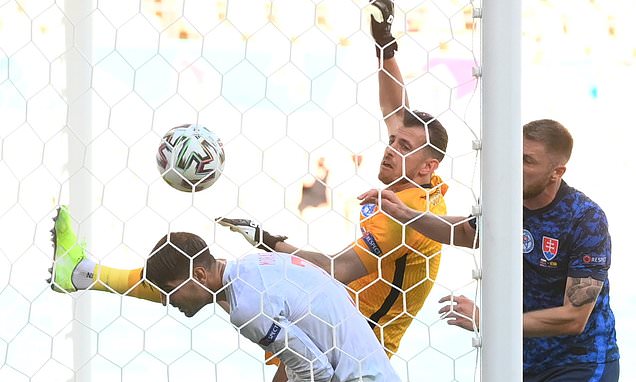 Newcastle goalkeeper Martin Dubravka scores COMICAL own goal to give Spain the lead against Slovakia, just minutes after he saved Alvaro Morata penalty… as chuckling Ally McCoist tells him: ‘Just jump up and put it over the bar!’

Slovakia’s Martin Dubravka suffered a goalkeeping howler to net an own goal for his country in their do-or-die Euro 2020 match with Spain.

The Newcastle United shot stopper slapped the ball into his own net after he jumped up to collect Pablo Sarabia’s shot which had just come off the bar.

It was the first of two first-half goals for Spain, who were also indebted to a Dubravka mistake for the second strike when Aymeric Laporte headed home on the stroke of half-time, but the Slovakian goalkeeper could not hide from his involvement in Spain’s first goal. 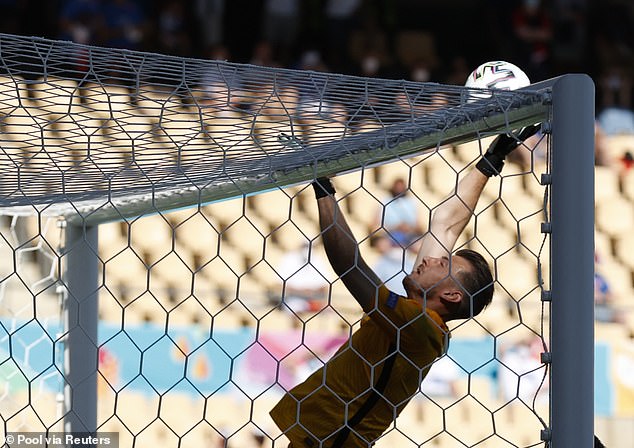 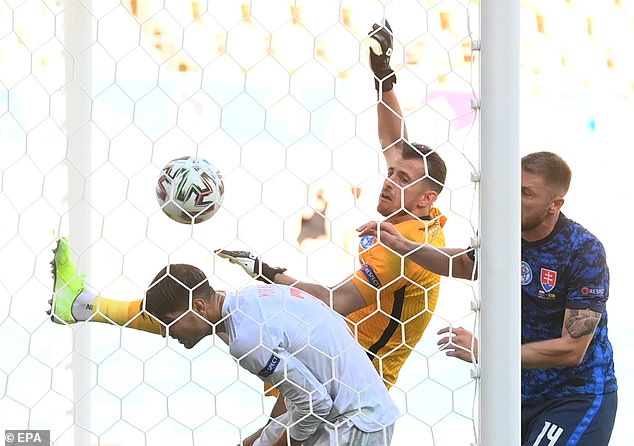 Ally McCoist slammed the 32-year-old goalkeeper for the howler, but also hit out at defender Lubomir Satka for a poor pass out from the defence.

After the goal had just gone in, McCoist said: ‘I can’t believe that. As goalkeeping errors go, that is a howler.

‘Initially it’s really, really poor defending by Satka who plays one across the face of his own goal. That’s a shocking ball. 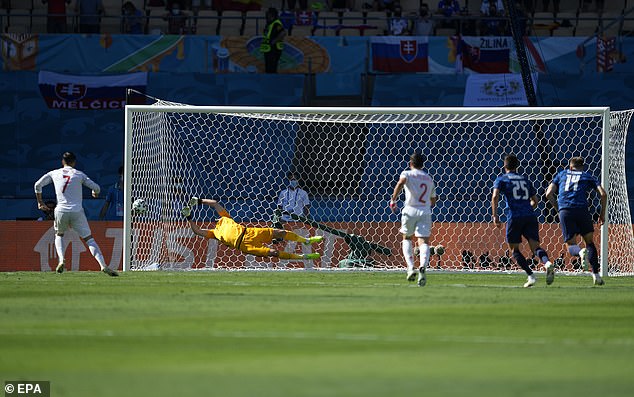 ITV Sport pundit Ashley Cole added: ‘I’m not sure whether it’s he (Dubravka) expected it to come off his bar, or because he went with his palm rather than his fist, the timing of the jump is all wrong.

‘Normally goalkeepers like to meet the ball at its highest point but he’s let it come down, mis-timed it and slapped it into his own goal.’

Meanwhile, Gary Neville said: ‘I think because it’s come down from such a distance it’s probably more difficult the ball to parry over the bar so he has to go with his fist. It’s an embarrassing one for him – he hasn’t had a good half.’ 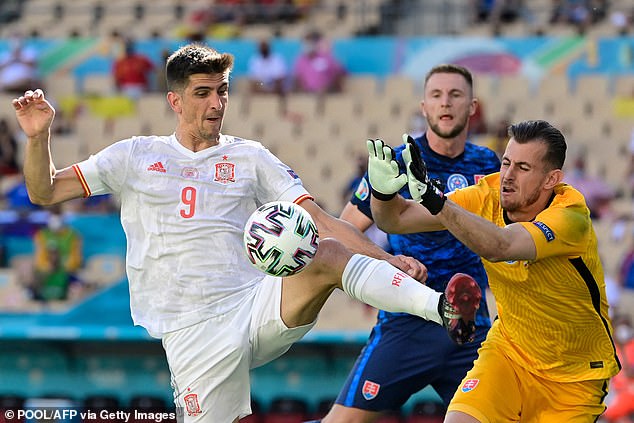 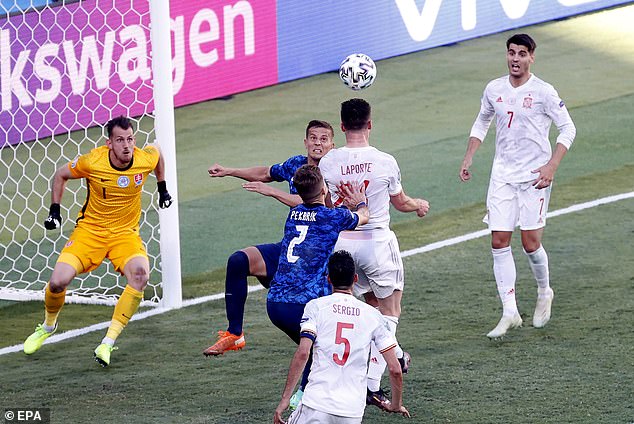 Dubravka started the game well and saved a penalty from Alvaro Morata early on after referee Bjorn Kjuipers gave Luis Enrique’s Spain a penalty after a VAR check.

But the Newcastle man went from hero to zero on the half-hour mark with his own goal from Sarabia’s effort.

Just over 15 minutes later, Dubravka came rushing out of his goal to try and clear a ball but Spain striker Gerard Moreno got there first. The forward managed to clip a cross back into the box where Laporte was waiting to glance a header home.

The contest between Slovakia and Spain comes on a crucial day in Group E which could see all four teams reach the knockout stages of Euro 2020.