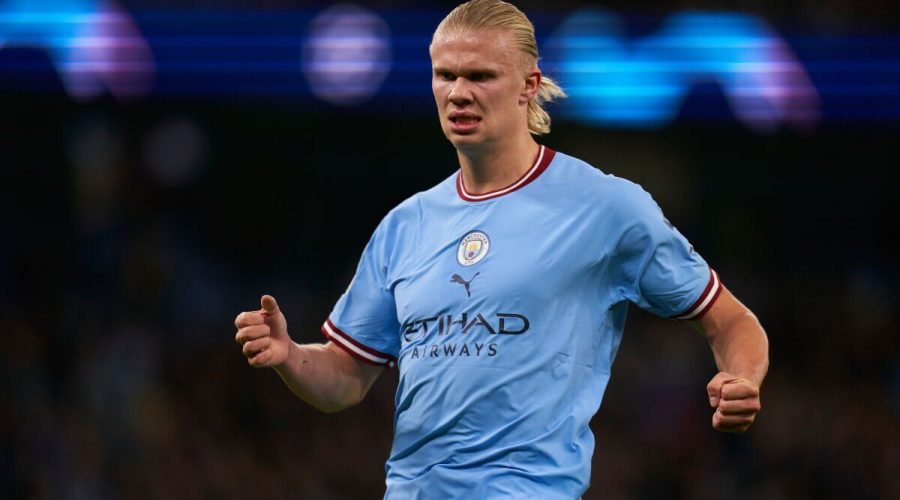 Erling Haaland has started his Manchester City career in emphatic fashion and bagged another brace on Wednesday night as his side thrashed Copenhagen 5-0 in the Champions League. The 22-year-old Norway striker has now scored an incredible 19 goals in his first 12 games for the Citizens and has broken a whole host of records already. And Express Sport takes a look at six more records he could break this season.

Most goals in a Premier League season

The current record for the most goals in a Premier League season is shared by Andy Cole and Alan Shearer. Cole struck 34 goals for Newcastle in the 1993/94 campaign, with Shearer repeating that feat for Blackburn a season later.

Both of those players racked-up their goals during a 42-game season, however. Liverpool forward Mohamed Salah holds the record for the most goals in a 38-game Premier League season after finding the back of the net 32 times during the 2017/18 campaign.

Most goals in an English top-flight season

Haaland would have to have a ridiculously prolific campaign to break the record for the most goals in an English top-flight season. That record is currently held by Dixie Dean, who netted 60 goals in 39 First Division games for Everton during the 1927/28 campaign. But, remarkably, if Haaland were to continue scoring at his current rate, he would bag 66 Premier League goals this term. 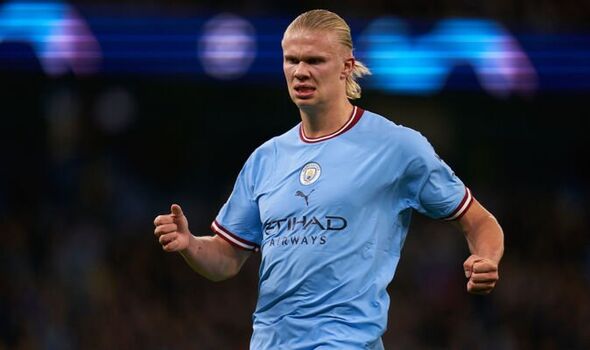 Most Premier League hat-tricks in a season

Alan Shearer scored five hat-tricks during the 1995/96 campaign. And Haaland could well have the legendary England striker’s record in his sights after already scoring hat-tricks against Crystal Palace, Nottingham Forest and Manchester United.

During Leicester’s famous Premier League title win in 2015/16, Jamie Vardy scored in 11 consecutive matches. His run began with a strike against Bournemouth at the end of August and ended when he failed to find the back of the net against Swansea more than three months later. Haaland has already scored in six consecutive matches. And he could well blow Vardy’s record out of the water in the coming weeks. 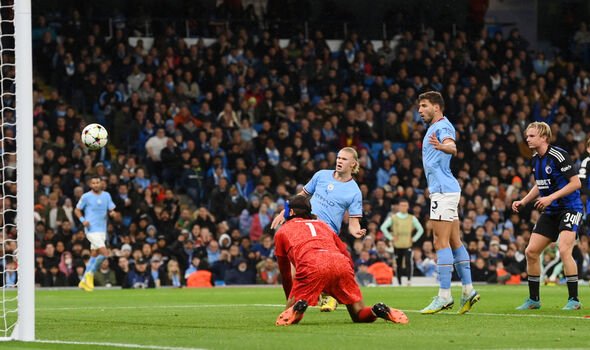 Most Champions League goals in a season

Haaland will surely also have his eye on breaking Champions League records after already scoring more goals than any other player in their first 30 appearances in the competition. His 28 goals to date have come after just 22, which makes his achievement all the more impressive. Haaland could now be targeting becoming the highest scorer in a Champions League season. And he will break that record if he can bag 18 goals as Cristiano Ronaldo scored 17 for Real Madrid during the 2013/14 campaign.

Most goals for Manchester City in a season

Perhaps Haaland’s most straight-forward record will be to surpass the 38 goals Tommy Johnson scored throughout the 1928/29 in all competitions. After all, the ex-Borussia Dortmund man is already 45 per cent of the way there.