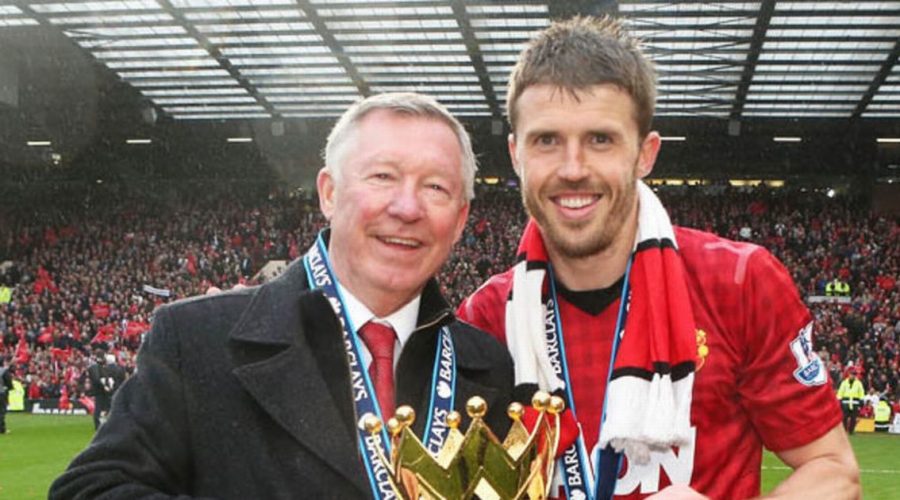 Iconic Man United manager Ferguson was joined by the club’s recent caretaker manager Carrick on Tuesday morning as they dined at an Italian in Wilmslow, Cheshire.

According to The Sun, the pair arrived together before entering the swanky Casa Italia just after 10am as they ate alone.

Ferguson and Carrick were reportedly deeply engaged in conversation as they talked into the afternoon, before eventually stopping to say goodbye at the restaurant’s door-step at around 12:15pm.

Carrick, 40, became one of the Premier League’s finest midfielders under the tutelage of Sir Alex, having joined United from Tottenham in 2006.

He played under Ferguson for seven years before the Scot finally retired in 2013, having achieved the perfect send-off with by clinching his 13th league title.

The former England international then took on a coaching role at the club and shadowed Ole Gunnar Solskjaer during his tenure, before replacing the sacked Norwegian in November as caretaker boss.

Carrick enjoyed a brief yet fruitful spell in charge, beating Villarreal, drawing to Chelsea at Stamford Bridge and finally defeating Arsenal at home.

Do you think Michael Carrick would do a better job in charge of Man United than Ralf Rangnick? Let us know in the comments section.

He was eventually replaced by German coach Ralf Rangnick before deciding to step down and part ways with the club completely.

Carrick, who spent 15 years in total at Old Trafford and made 464 appearances, would have been shocked at how poor United were on Monday as they were outclassed by Wolves at home.

Joao Moutinho made Wolves’ dominance pay late on with a strike past goalkeeper David de Gea, without whom United would have conceded several more.

Rangnick’s side will look to bounce back in their next league fixture against Aston Villa, but first have to get past the Villans in the FA Cup.