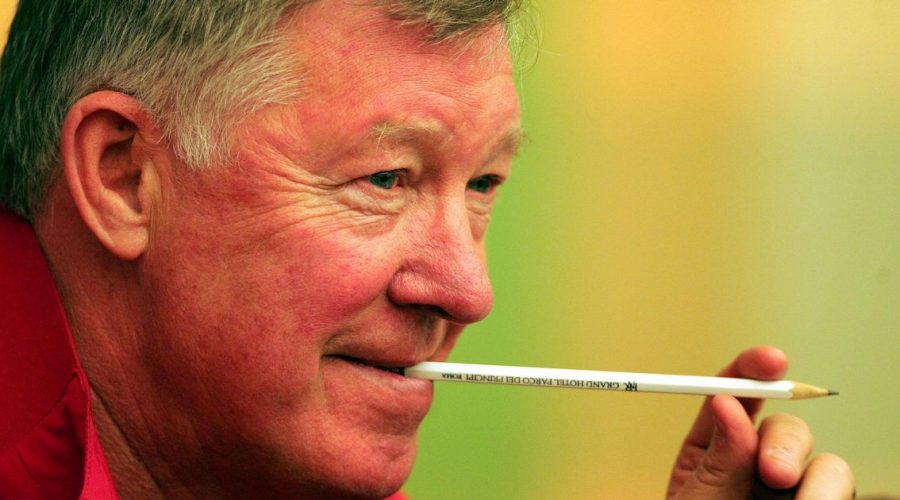 By the summer of 2007 Sir Alex Ferguson had managed to ensure that 'Project Knock Them Off Their Perch' was back in full swing.

Manchester United had just ended a three-season barren spell without winning the Premier League, their longest in the post-1992 era, bringing the total score in the long-running battle with Liverpool for English top-flight football domination to 18-16 Liverpool in terms of titles. Ferguson had lifted nine of them.

But while United might have been closing in on his rivals' record haul, a number they'd eventually pass, that didn't mean that their manager's disdain towards the men from Anfield was deteriorating.

The Merseysiders might have gone 17 years without a league success, but Rafael Benitez had won them the Champions League in 2005 and they had another final on the way. They ultimately lost this one to Milan, but Liverpool's place at the top table of European football seemed set for now.

The infamous 'facts' rant was still another 18 months away, and so Ferguson knew that he had to do everything in his power to stay on top of the looming threat from Merseyside. He had to close ranks, and get his players to feel the same sense of animosity for 'that lot' as he did. There would be no splitters.

And then Gabriel Heinze said he wanted to move to Anfield.

The Argentinean defender had been United's player of the year in his first season at the club in 2004/05, but a serious knee injury the following season plus the emergence of Patrice Evra meant that he was no longer guaranteed a place in Ferguson's team.

By the end of the 2006/07 season he was getting more games at centre-back, and it was that versatility that attracted Benitez to the idea of a move.

Liverpool's left side had become an issue, with the gifted but injury-prone Fabio Aurelio now out for a sustained period, John Arne Riise's form declining and Stephen Warnock having left. At left-sided centre-back, Daniel Agger would prove to be a little brittle.

So could Liverpool do it? Could they make Heinze the first player to move from United to Anfield since Phil Chisnall back in 1964? Benitez wanted it. The player wanted it and believed it was possible. His agent did too.

Ferguson emphatically did not.

"I can assure you, Liverpool will not be getting Gabriel Heinze," said the United boss on a pre-season tour of Japan ahead of the 2007/08 season.

“We can put that to bed right now and we have done so."

Maybe on his side…

On Liverpool's Benitez still thought a deal can be done, and with Heinze's head turned by his good friend and Argentina teammate Javier Mascherano, he pressed ahead for what would have been an historic move, with his agent Roberto Rodriguez doing everything he could to get under Ferguson's skin and make it happen.

He believed that £6.8million deal could be done, and was telling Liverpool as much. The Reds and Benitez pressed on and put the ball back in United's court.

"It’s clear he’s a player we like and he’s a very good player," Benitez said at the time, making a pointed and rare declaration of interest in a transfer target. "That’s the reason why they don’t want him to leave for us.

"We made an offer which they rejected. The lawyers are now working on it and so we have to wait."

Heinze was said to be working with Liverpool's lawyers in order to get the deal done, another move that meant that whatever happened he would have no future under Ferguson due to his dalliance with the enemy.

The Scot would later describe Heinze as having "a mercenary streak" in his 2013 autobiography, perhaps indicating that Liverpool were offering him greater riches than were available at Old Trafford.

All avenues were being explored over how to get the deal done, including a bizarre stop-off at Crystal Palace according to their former chairman Simon Jordan.

In his book, Be Careful What You Wish For, Jordan wrote: "The gist of the conversation was that this agent wanted Crystal Palace to buy Gabriel Heinze from Manchester United and then immediately sell him on to Liverpool."

The suggestion was that Palace would be granted a compensation fee for their trouble, but they immediately went to United chief executive David Gill and told them what had happened.

With Heinze adamant he could go due to what he felt was a binding clause in his contract that allowed him to join any club, and United insistent that he couldn't, the row went to a Premier League hearing.

Ferguson got his victory over Liverpool, something he always enjoyed, and Heinze and Benitez were left disappointed.

The Argentinean would eventually join Real Madrid that summer, with United fans booing him and calling him a "Scouse b******" when he would later return to Old Trafford for a Champions League tie.

He'd took on Ferguson and lost, but he wasn't the first or the last.