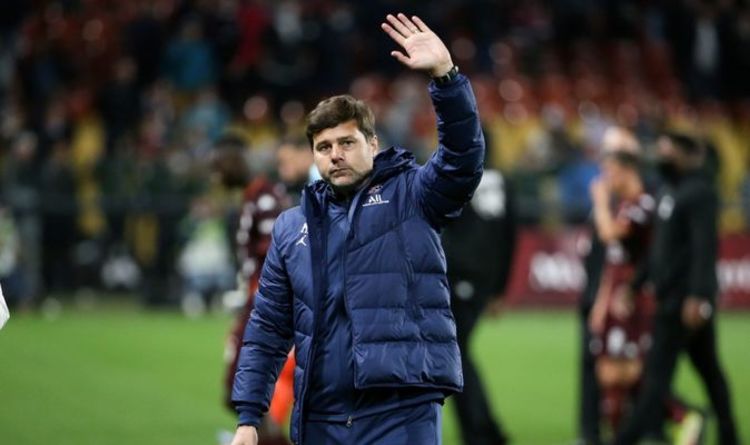 Sir Alex Ferguson reportedly approves of Mauricio Pochettino becoming the next permanent Manchester United manager. The Red Devils are on the hunt for a new boss after sacking Ole Gunnar Solskjaer in the wake of the humiliating 4-1 defeat to Watford at Vicarage Road.

United have put Michael Carrick in charge for the Champions League trip to Villarreal and are expected to name an interim boss until the end of the season after Solskjaer’s position became untenable.

Solskjaer had the backing of legendary former boss Ferguson at United but the Norwegian was eventually dismissed as the club slipped to eighth in the Premier League.

United have just four points from their last 21 in the league and Solskjaer was inevitably relieved from his duties.

Attention has already turned to United’s next permanent boss and Paris Saint-Germain manager Maurico Pochettino has emerged as one of the early favourites.

Pochettino is said to be alongside the leading candidates for the Old Trafford hotseat as well as Ajax boss Erik ten Hag and Leicester City’s Brendan Rodgers.

And it is now being reported that Ferguson, who still holds influence within the club, remains fond of the Argentine.

The Athletic report that United are eyeing their next permanent boss and Ferguson remains an ‘advocate’ of Pochettino’s work.

Ferguson has been a key admirer of the 49-year-old and the pair share a great deal of mutual respect.

Pochettino’s team of PSG superstars are runaway leaders in Ligue 1 but it is also noted that he would be open to a Premier League return.

Pochettino has long been linked with the United manager’s position after his impressive stints at Southampton and Tottenham.

After being sacked by Spurs just months after reaching the Champions League final, Pochettino took a year out of management.

During that period, he was the obvious candidate to replace Solskjaer as the Norwegian survived different periods of pressure by securing vital victories.

But now Solskjaer’s time is up, many believe Pochettino is the most suitable manager to take over a talented but underperforming squad.

And Gary Neville believes Pochettino would not hesitate to swap Paris for Manchester and replace Solskjaer.

“He’d look at that group of players, he’d look at the club and he’d realise he’d probably be able to achieve more than he wants at Man United in terms of a project.

“At PSG you are on season by season. ‘You’ve got to win the Champions League or you’re out’ type of model. I don’t think that suits Pochettino.

“I think he would absolutely come to Man Utd on a five-year deal, with backing behind him. “