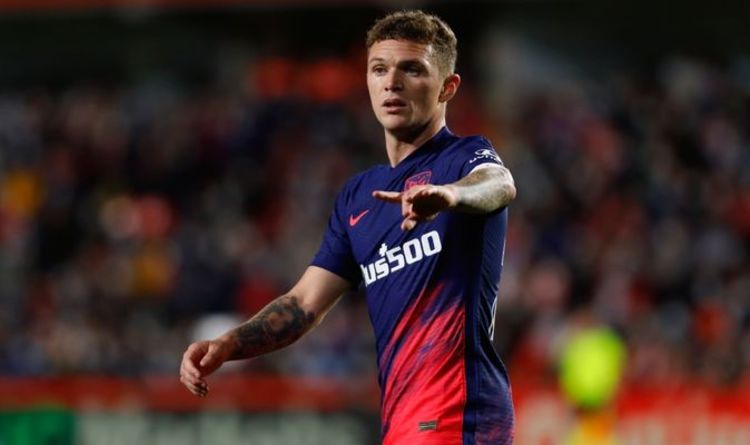 Kieran Trippier is reportedly on his way back to the Premier League after his club Atletico Madrid agreed a fee with newly-rich Newcastle United. But with the decorated right-back joining a club in the relegation zone, talkSPORT pundits Simon Jordan and Trevor Sinclair have come to blows over whether the move is financially motivated or not.

Trippier joined Atletico in 2019 from Tottenham after Spurs lost in the Champions League final against Liverpool at his future employers’ ground in Madrid.

He went trophyless in his first season but won La Liga on the final day of the last campaign to claim the first major trophy of his career.

Yet after falling somewhat out of favour with Atletico boss Diego Simeone, he has now been allowed to discuss a move back to England.

Newcastle are on the verge of completing the deal for the defender, but pundits Sinclair and Jordan have argued over whether the move is about money or football, with Trippier leaving a Champions League club to join a team in a relegation dogfight.

“Why does it have to be about money? It’s a fantastic football club,” Sinclair argued.

“Do you remember when Les Ferdinand, [David] Ginola and [Faustino] Asprilla played there? Don’t you think that’s what they are going to be doing again?”

Jordan refused to listen to his colleague’s viewpoint and insisted Trippier was joining Newcastle purely for the wage packet.

“Of course they are, they have a big bag of money to spend,” Jordan replied.

“But for Trippier, he is going there for one reason and one reason only – because the economic package suits him at this stage in his career.

“That is the end of the discussion.”

Sinclair then hit back with a claim that the Englishman should go to the relatively rich Chinese Super League, where the likes of Marouane Fellaini, Oscar and Moussa Dembele all ply their trade after leaving Premier League clubs.

“So why is he not going to China? Shut up Simon, you are talking rubbish! He’d go to China if he wanted money,” Sinclair continued.

However, Jordan refused to back down and came back at Sinclair with an important fact.

“The Chinese [FA] have capped the wages. So go and do some research before you start accusing people of talking rubbish!

“They [English players] wouldn’t get a lot of money [for going to China], that’s why he’s going to Newcastle!

“Go do your research and come back with a valid argument.”

Trippier is poised to become Newcastle’s first signing of the January window this week.