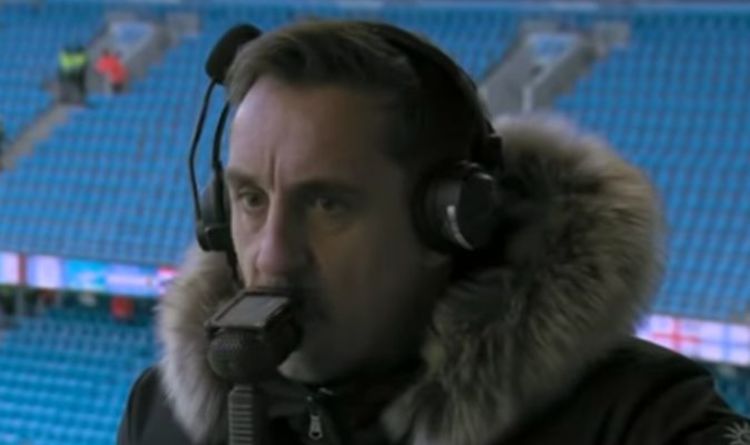 Former Manchester United defender Gary Neville believes Ole Gunnar Solskjaer will be ‘shellshocked’ but also “relieved” his time at Old Trafford has come to an end. The Norwegian was sacked by the Reds after a chastening 4-1 defeat away to Watford.

It was the latest humiliation in a horrifying bakers’ dozen of results for the Reds, which has seen them lose seven of their last thirteen matches in all competitions.

Solskjaer had been living on borrowed time since their horrifying 5-0 home defeat to Liverpool, but their humbling at Vicarage Road proved to be an embarrassment too far.

And his former team mate, and long term defender, said the Norwegian will likely be ‘relieved’ his Old Trafford pain has come to an end.

“You know something he’ll go home to Norway and he’ll be relieved I suspect. At Valencia I was relieved because at the end of the day you know it’s not working. He’ll know, he’s decent, he’s honest.

“He’ll be 10 years younger by the end of next week. It’s not finished how he would’ve wanted it to finish but he’s had a good run for three years and United now move on.

“Ninety-nine per cent of all United fans will love him forever and recognise at the end it was maybe just too much. I suspect he’ll take some time because that will have taken a lot out of him the last few weeks. He deserves a rest.”

Neville is familiar with the humiliation of the sack, having experienced the axe himself during a doomed managerial spell at Valencia.

In what remains as his only foray into football management, Neville was sacked by the La Liga giants after only four months at the Mestalla.

He lost 11 of his 28 matches in charge of Los Che, the most significant of which was a 7-0 battering at the hands of Barcelona.

And Neville reflected on his own experiences when explaining what will be going through Solskjaer’s mind right now.

“It takes me back to mine [as Valencia manager], the 7-0 defeat at Barcelona where they just kept saying to me, ‘Are you going to resign? Your job must be gone now’, he added.

“I’m dead behind my eyes and I’ve gone, it’s an out of body experience.

“You’re shellshocked and don’t even know what you’re saying or what’s coming out or your mouth.

“There were some saying, ‘How can he smile after that?’ in the interview.

“He won’t even know he’s smiling. Honestly he’s there shellshocked, thinking ‘What is happening to me?’

Michael Carrick has been placed in temporary charge of the Reds, as their search for a new manager gets underway.