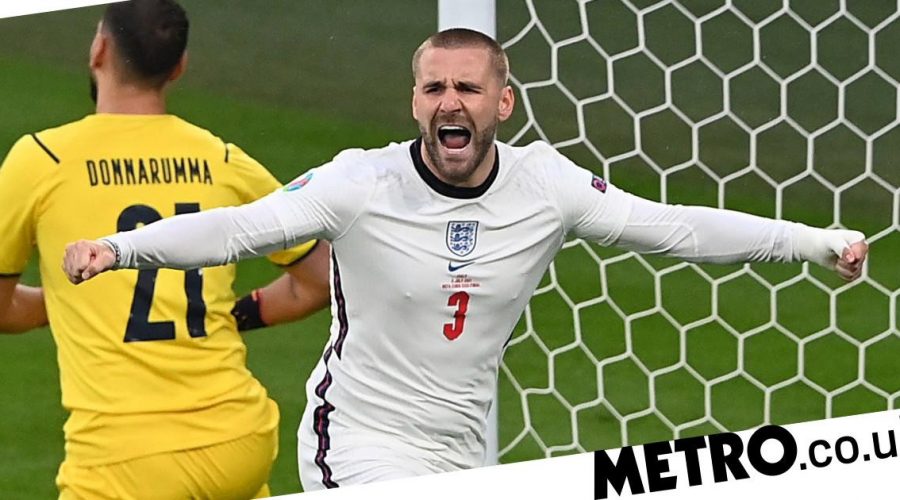 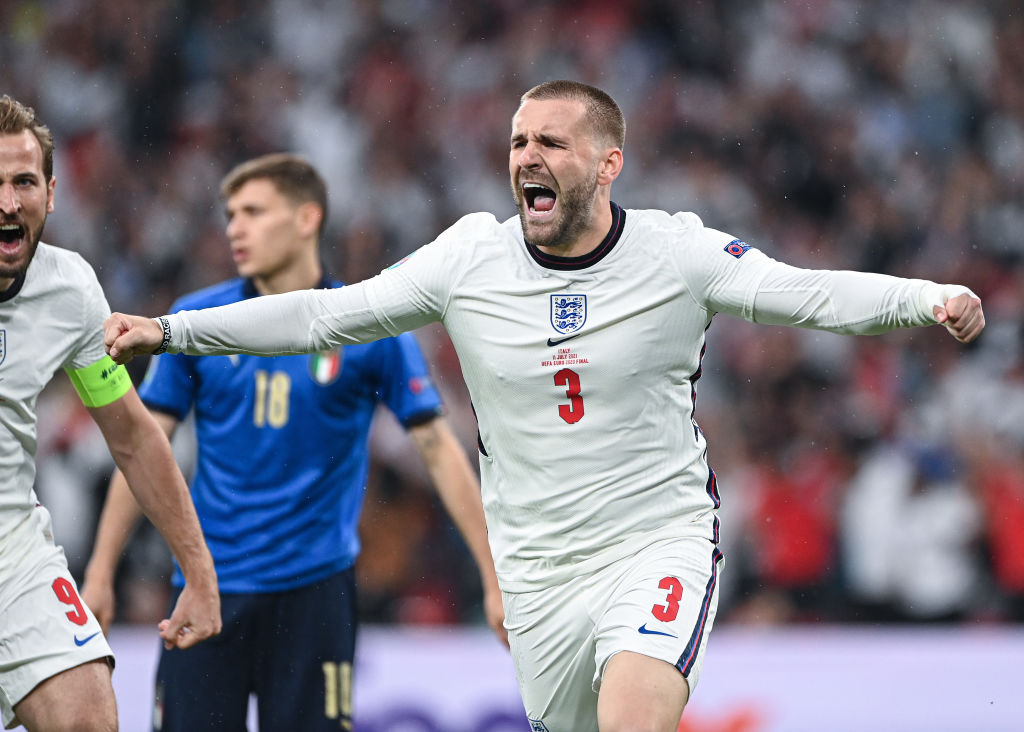 Luke Shaw played through the pain of broken ribs for England at Euro 2020, suffering the horrible injury in the last 16 before turning in superb performances for the rest of the tournament.

The Manchester United left-back was one of the Three Lions’ star performers as they made it all the way to the final, narrowly losing out to Italy on penalties.

Shaw scored the opening goal of the showpiece after just two minutes, his first for his country, which helped round off an immense tournament for the 26-year-old, who was a creative force from full-back.

His performances are all the more impressive given that he suffered broken ribs in the last 16 clash with Germany, which England won 2-0 thanks to goals from Raheem Sterling and Harry Kane.

He completed that match and played the full 120 minutes of both the semi-final against Denmark and final against Italy, only coming off in the 4-0 win over Ukraine in the quarter-finals.

It was an immense effort from Shaw, but Manchester United are concerned over his current levels of fitness.

The Telegraph report that they are desperate to get Shaw back to their Carrington training base and assess the injury and how much of pre-season he is likely to miss.

However, he is enjoying a well-deserved holiday after the epic campaign with England at the Euros and is currently in Greece.

The Red Devils have already begun pre-season training and played their first friendly on Sunday against Derby County, with Shaw obviously not present.

It could be that he will miss the start of the season, with Manchester United hosting Leeds United on 14 August, which would be a blow for Ole Gunnar Solskjaer, who is also set to be without Marcus Rashford, who is expected to have shoulder surgery this month.

July 20, 2021 Soccer Comments Off on Shaw played for England at Euro 2020 with broken ribs and Man Utd are concerned
NFL News