Manchester City blinded the night with possibility, arguably their finest performance of the season on Kevin De Bruyne’s first outing for two months. That does not feel hugely coincidental.

It was vintage City under Pep Guardiola, a shot on goal every three minutes before half-time and with the points already sealed owing to their sheer relentlessness against a Shakhtar Donetsk team who ended their long unbeaten run last December.

De Bruyne is still feeling his way back in after knee ligament trouble but his inclusion, that aura in midfield, enhanced those around him. David Silva ran the game and scored the opening goal as Guardiola hunts down top spot in Group F. 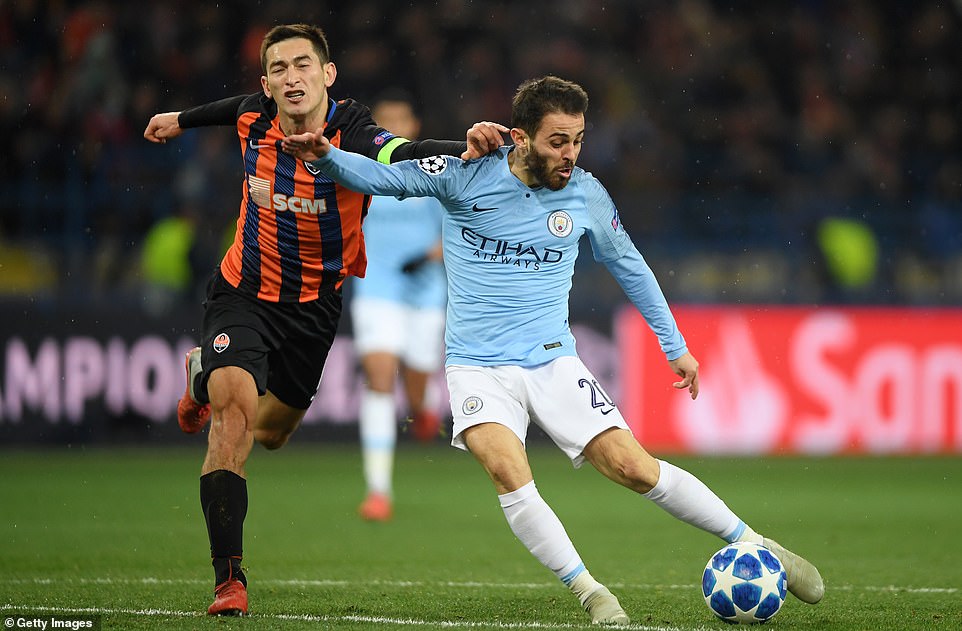 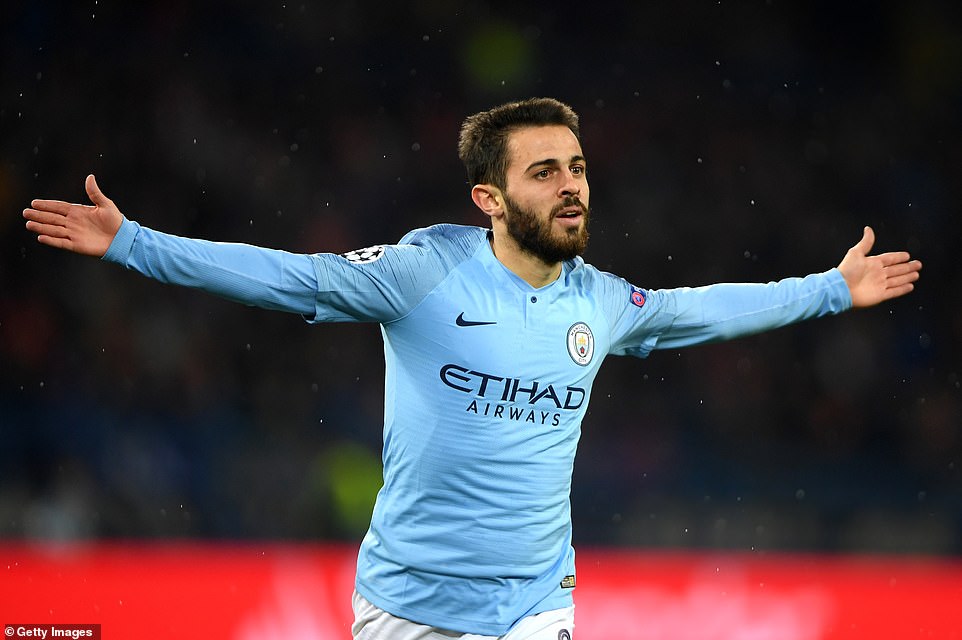 Silva celebrates after scoring his team’s third goal in the second half of the Champions League match in Kharkov, Ukraine 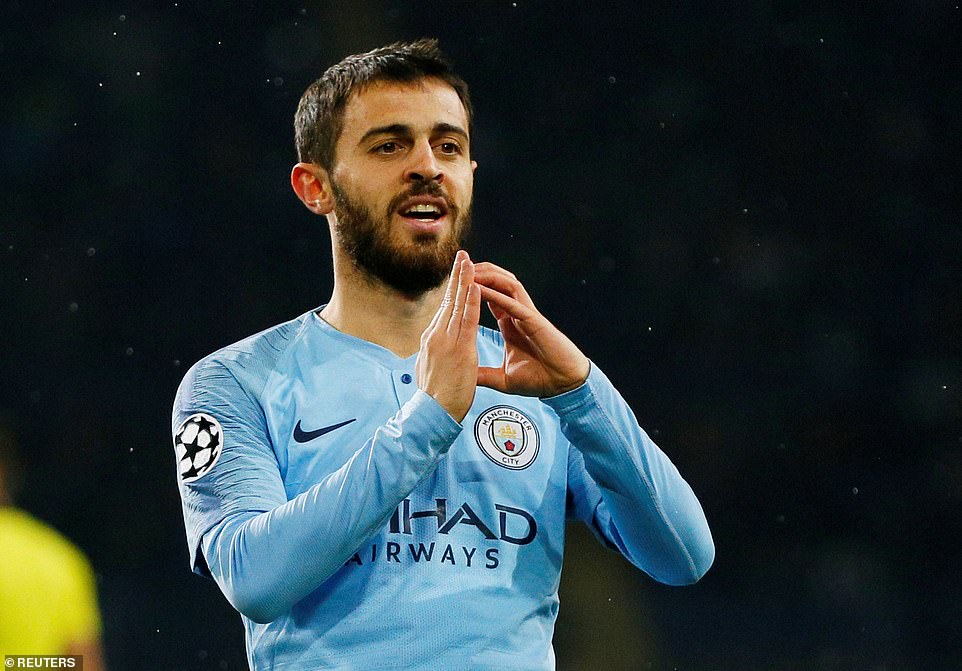 The only blot was their finishing because this could have ended up as anything. It was fairly astonishing quite how many times that ruthless streak deserted Guardiola’s fine array of attackers and that has been a theme he has continued to visit during his two years in charge. Imagine if they were truly dead-eyed in the box.

City are still improving, still clicking into gear, and the first shock defeat by Lyon feels like a blip rather than anything endemic in the Champions League.

There is somewhat of an ongoing complex surrounding the competition though. Guardiola has been at pains to repeatedly point out that City are simply not ready to lift it and even claimed that – to his mind – not everybody around the club is pulling in the same direction in Europe. The fans, 825 of whom were in Ukraine last night, were heavily implicated in that given their rocky relationship with UEFA. 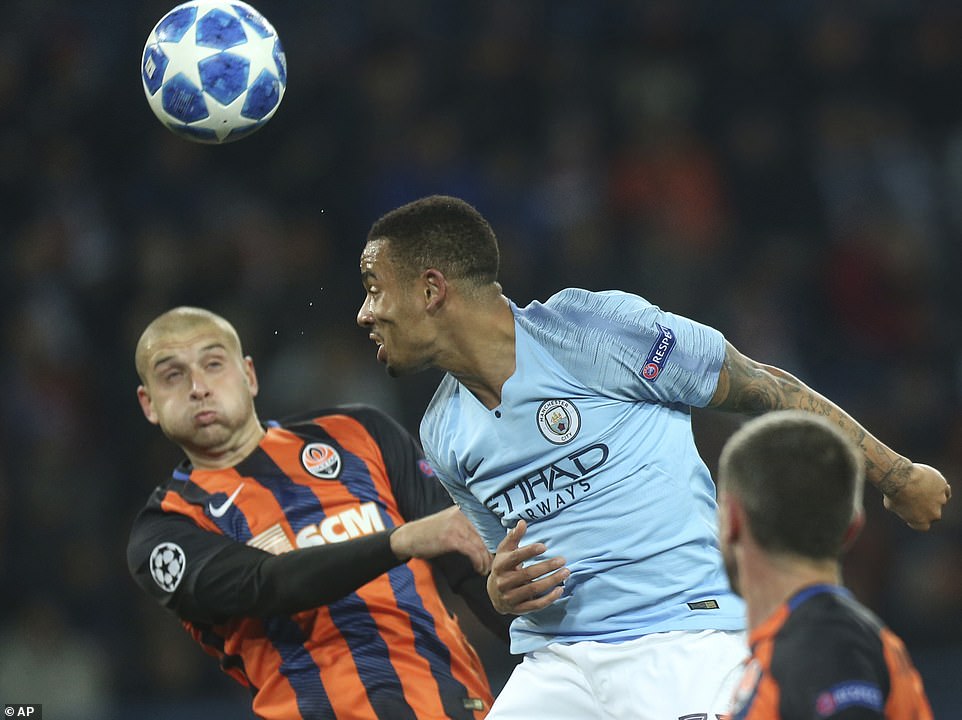 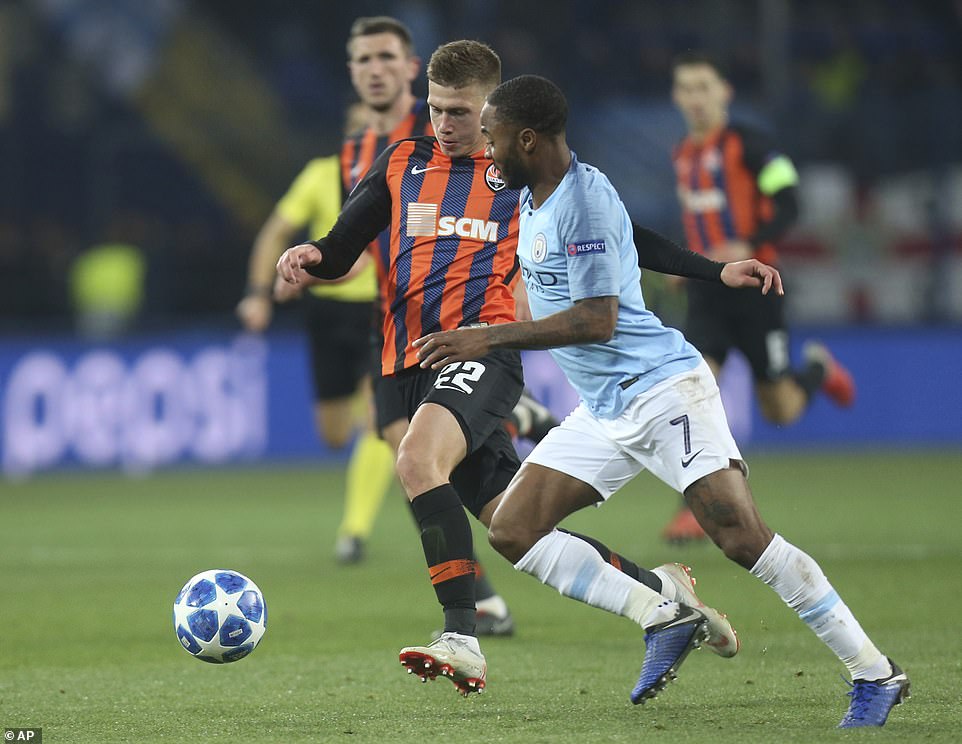 But all of the conjecture should be insignificant to a group of players who might even be slicker than they were last season, as hard as that is to believe. There is a ruggedness to their defending too and Guardiola revealed he cannot see a more complete left-sided central defender than Aymeric Laporte, who netted his second of the season.

They are in a stronger position to have a real tilt at several cup competitions as well as attempt to defend their title. One glance at their bench last night tells you that, with Sergio Aguero and Leroy Sane rested and remaining on the bench such was City’s dominance. They were not required.

Bernardo Silva, potentially their most potent attacking threat so far this term, watched with his coat on until scoring in stunning fashion within 60 seconds of coming on with 20 minutes left. Raheem Sterling was given the benefit of a weekend off and was menacing from the left. He had Mykola Matviyenko on toast to find Gabriel Jesus but he fluffed his lines, as the striker did earlier when set free following Fernandinho’s pick pocketing expedition in midfield. 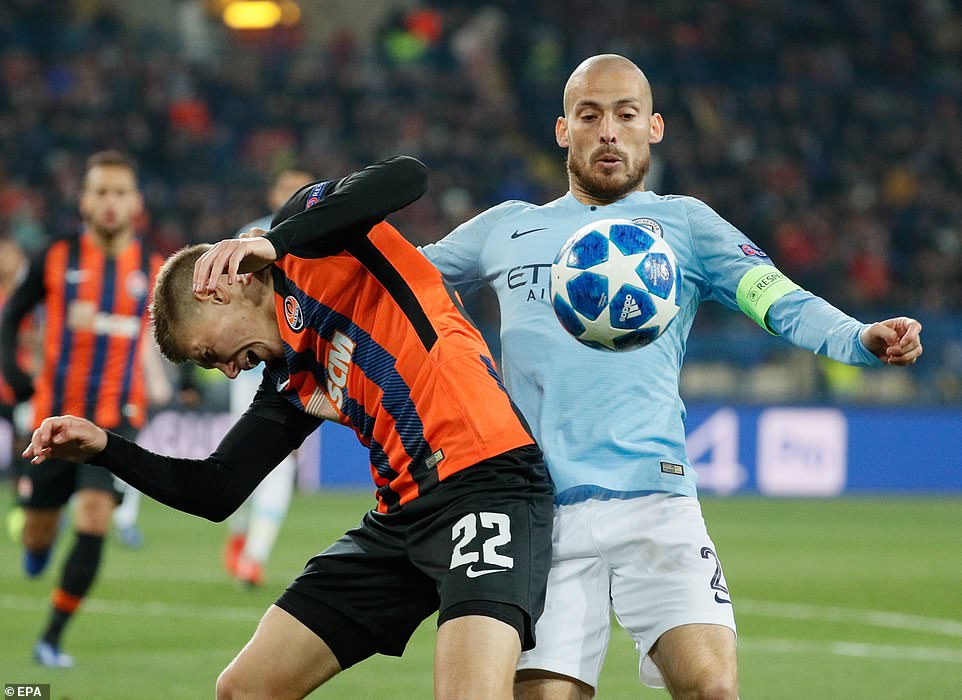 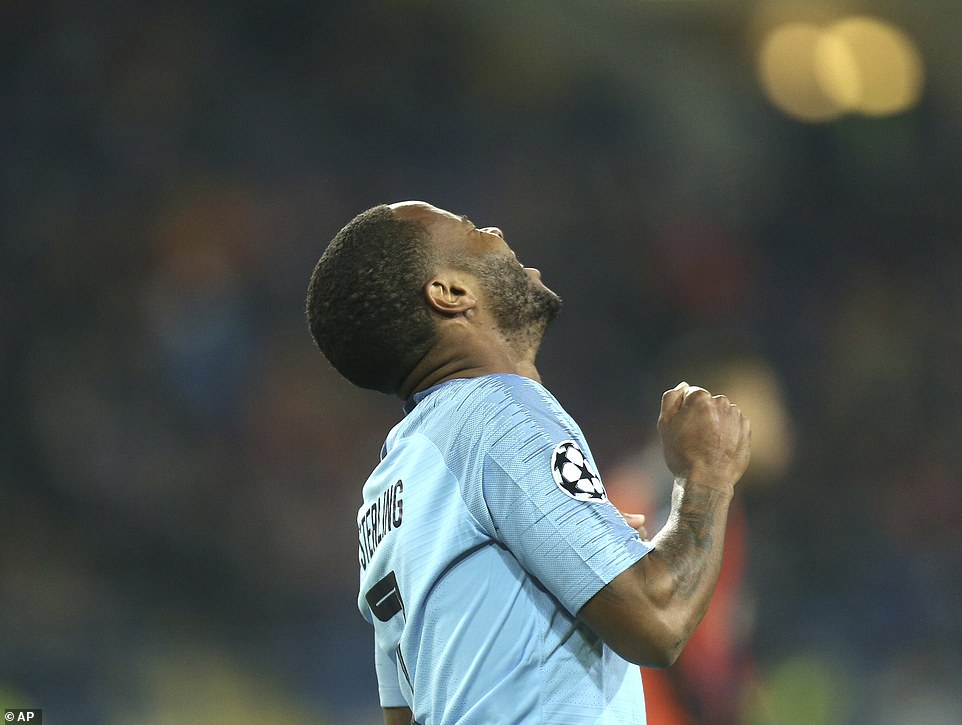 Sterling reacts during the Champions League Group F clash at the Metalist Stadium in Kharkiv, Ukraine on Tuesday evening

The squad are talking about the Champions League and for the likes of Silva, Aguero and Vincent Kompany, how many better opportunities will there be than this, with some of the continent’s elite seemingly in disarray?

The injured Ilkay Gundogan spoke eloquently about their prospects this week and he is of the mind that City can never be called a great team until they manage to win the thing. Yet the club’s overriding priority – something Guardiola has hammered away at on countless occasions – is the Premier League. His squad might have to do it for themselves.

They were irresistible in Kharkiv, playing with an arrogant swagger and accelerating at their own pace. Guardiola watched City keep the ball for almost the entire opening three minutes, where everyone had a touch during a move that ended with Silva’s hooked effort clipping the bar. Chances piled up. Jesus ought to have finished one of his two, while Riyad Mahrez was twice guilty as well.

The first came from a Shakhtar corner – and Matviyenko’s vicious shot blocked – and the visitors broke at electrifying pace. Sterling precise clipped ball on the halfway saw Mahrez fly away but placed wide when through. The second, moments later, saw Andriy Pyatov save smartly down to his right.

Silva hit the woodwork again. Jesus flashed wide again. Sterling curled wide. Then Silva had enough, meeting a looping ball with his left boot and hammering City into the lead on the half hour. Five minutes later it was two, Laporte incredibly alone 10 yards out from a set piece and simply stooping a header into the corner.

Shakhtar’s fans – 188 miles away from home in Donetsk – were left shrugging their shoulders and laughing. There is nothing else to do when met by a City in this kind of mood, made worse by the fact Paulo Fonseca had injury problems to contend with. 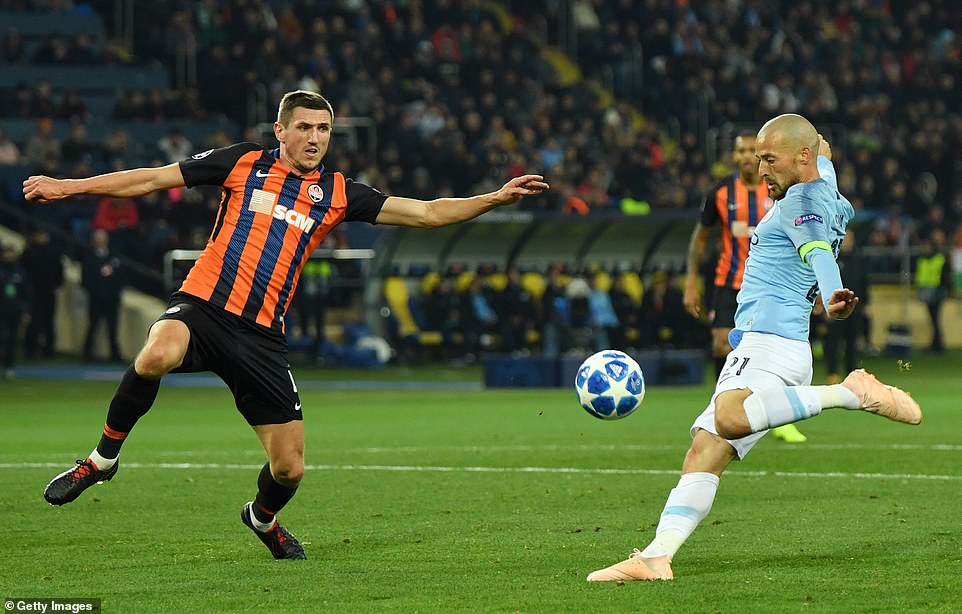 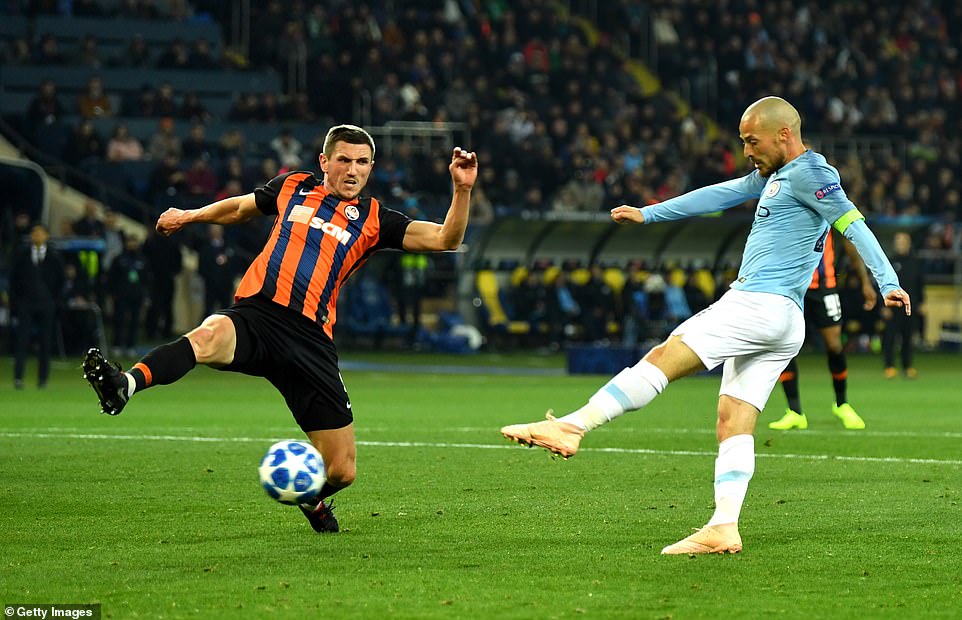 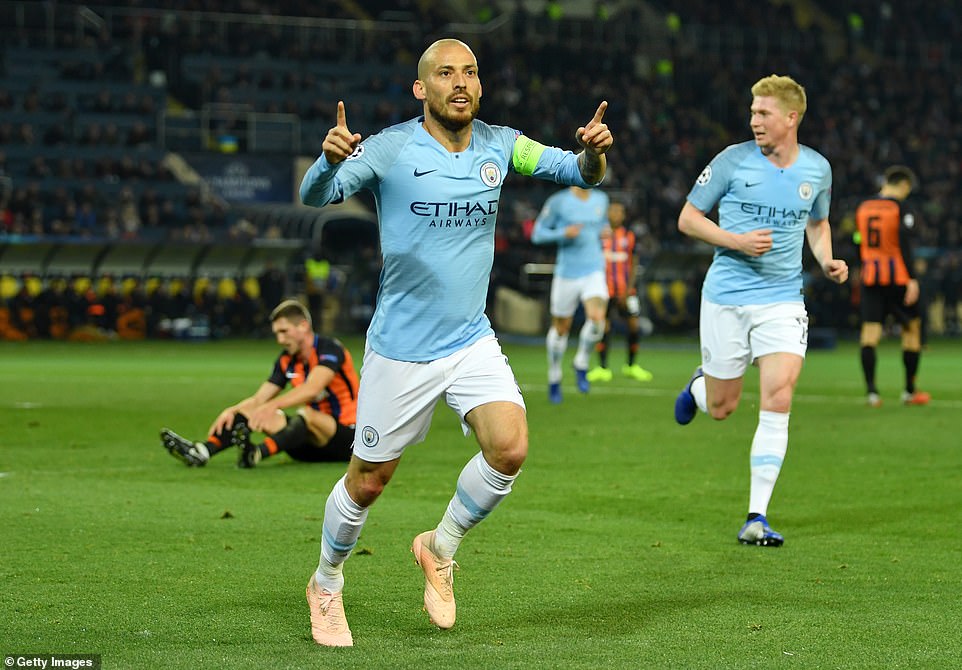 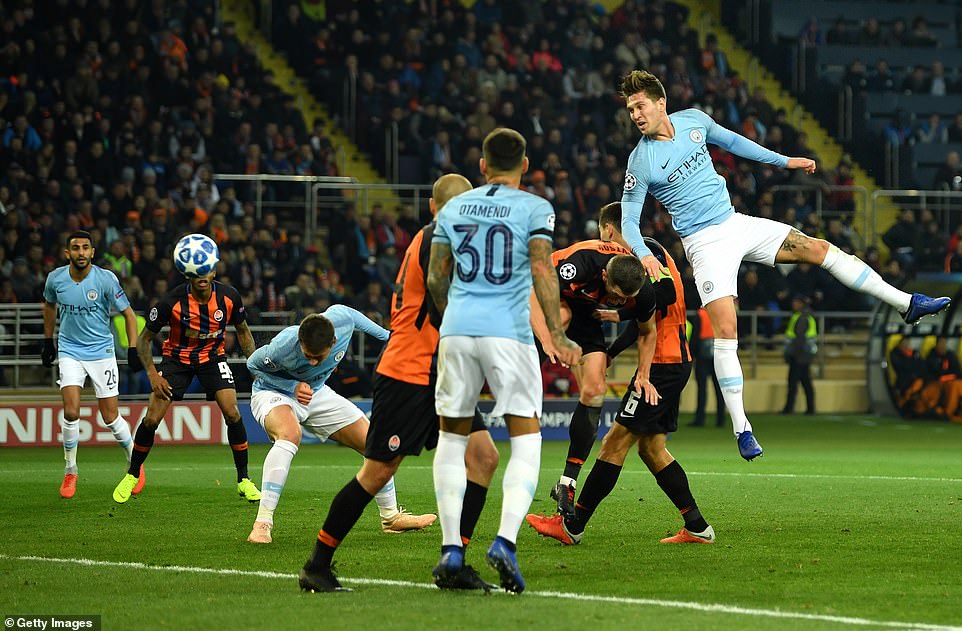 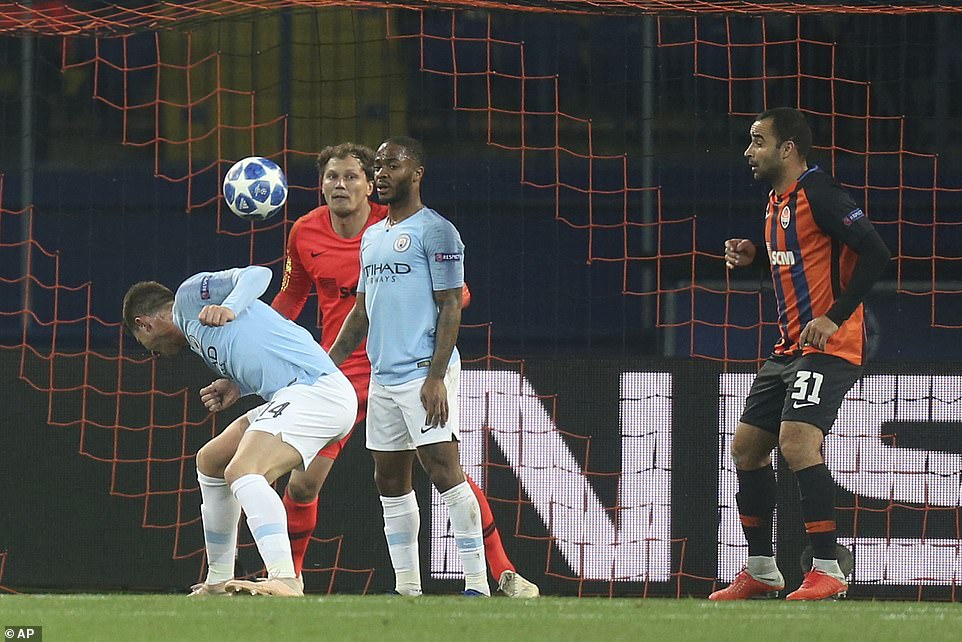 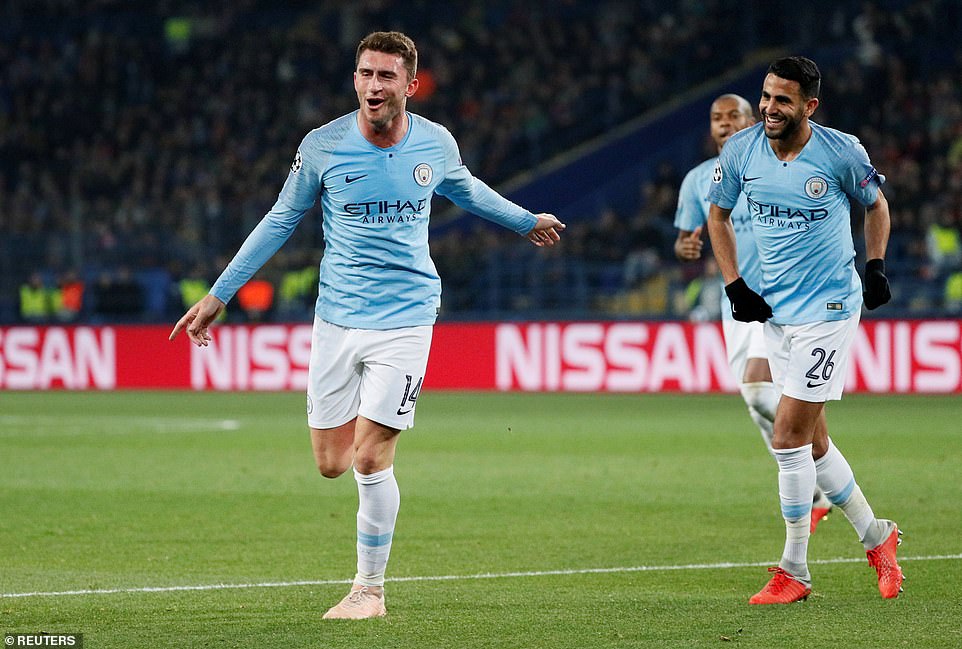 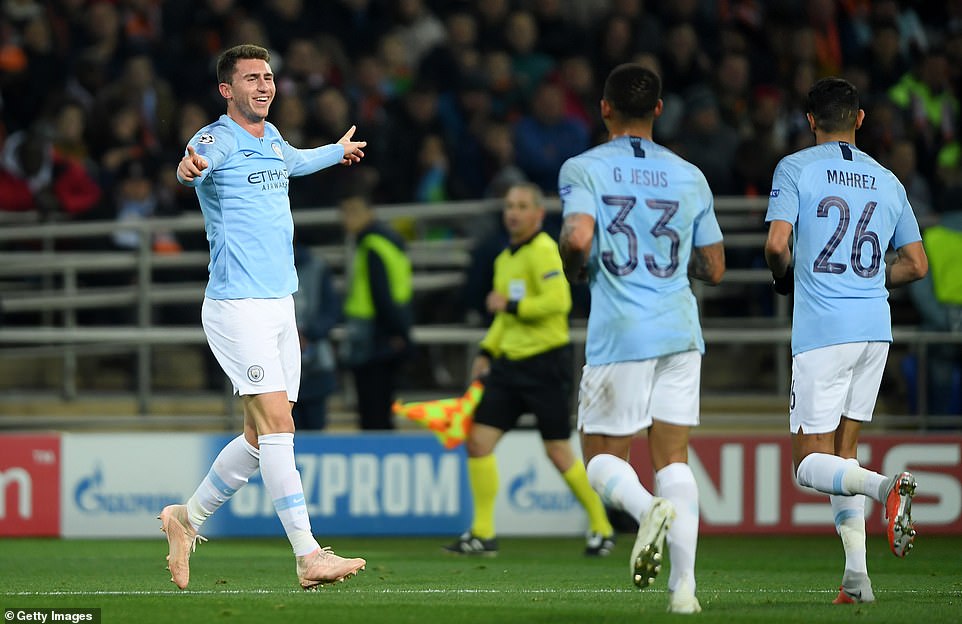 They did rally, created a few decent opportunities themselves and Junior Moraes headed just wide in search of one back but they were being toyed with. Ederson had to avert danger after the break on one of the very few occasions he was called into action, while Silva might have added his second after a cutback by Jesus.

Shakhtar looked spent after attempting to force City backwards by attacking with vigour, as Fonseca had promised. They believe Guardiola’s side are afforded too much respect and as such opponents generally surrender but might have been on the wrong side of a real pasting if City had more finesse in front of goal, with Sterling striking the bar in stoppage time.

It emerged that Hoffenheim’s LED technician, who operates the advertising hoardings, was actually bitten by a snake during the late show in Germany three weeks ago and with these consecutive away victories, Guardiola now has City rattling along in Europe. 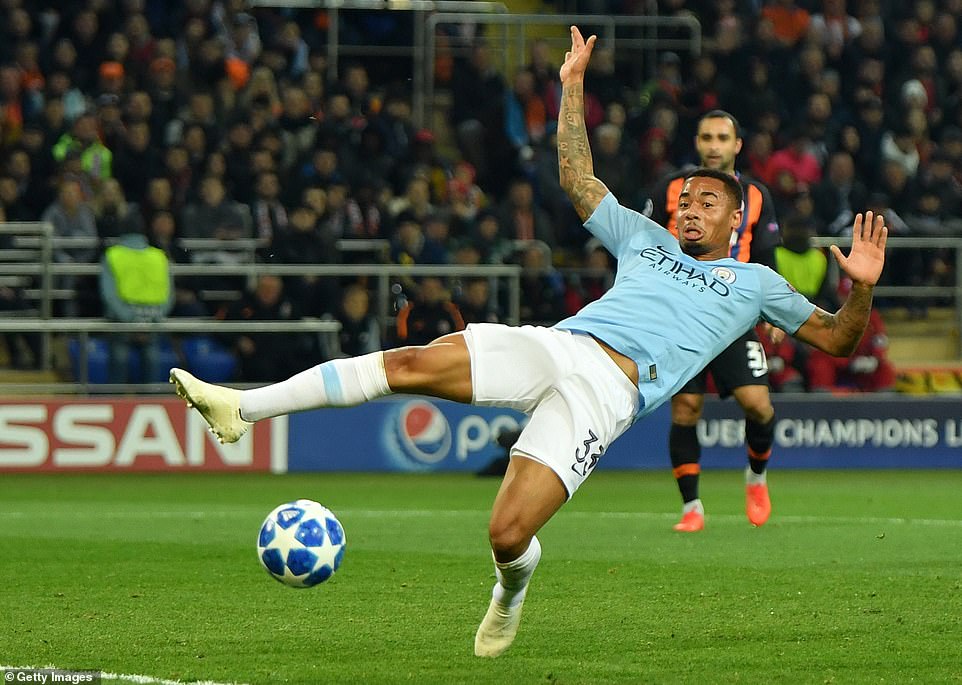 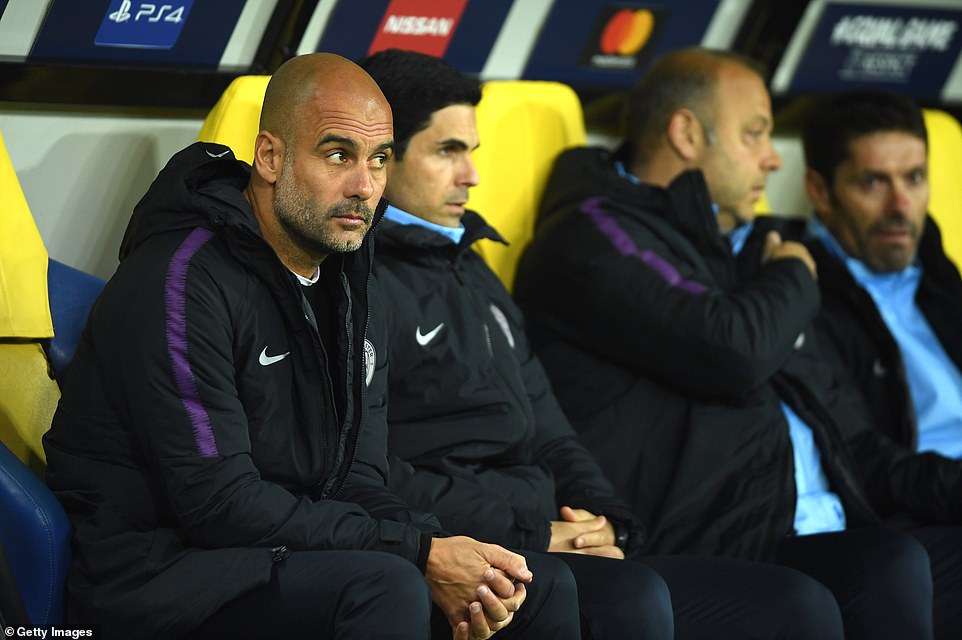 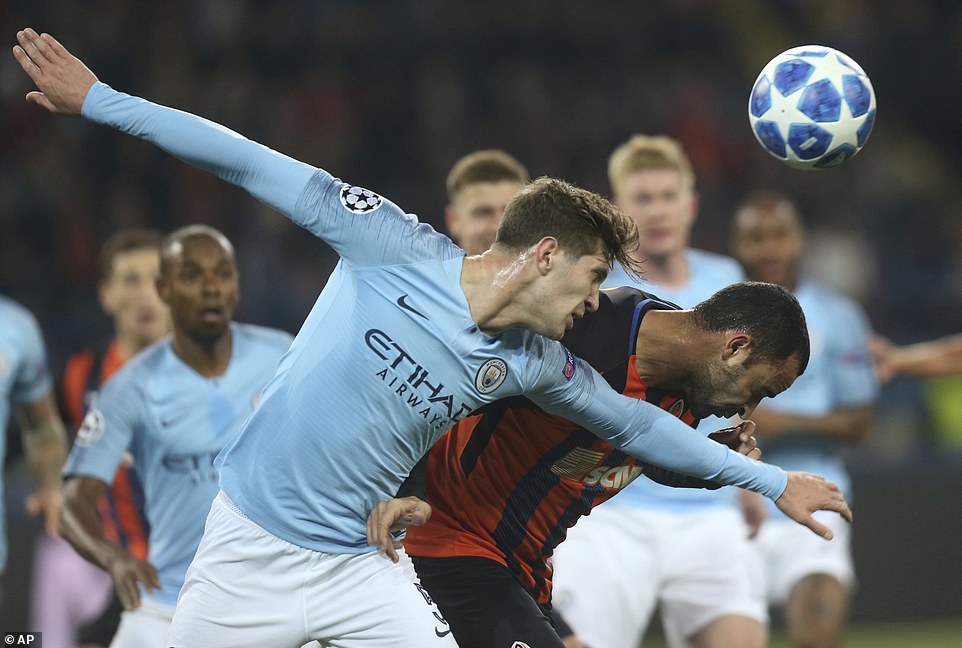