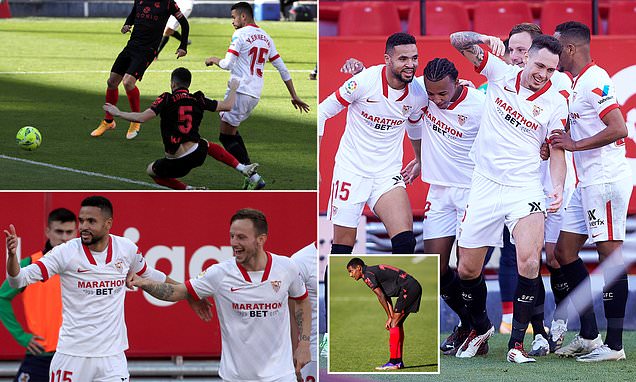 Sevilla forward Youssef En-Nesyri scored a hat-trick as they beat visitors Real Sociedad 3-2 in a La Liga thriller after a chaotic start saw four goals in 10 minutes on Saturday.

Moroccan En-Nesyri nudged a low cross from Fernando into the net after four minutes but less than 60 seconds later Sociedad levelled thanks to a remarkable own goal from Sevilla defender Diego Carlos, who lobbed goalkeeper Bono from outside the area as he tried to prevent Alexander Isak reaching the ball.

En-Nesyri restored Sevilla’s lead moments later with an impressive solo run and powerful finish but Swedish forward Isak levelled in the 14th, sticking a leg out to score from a corner. 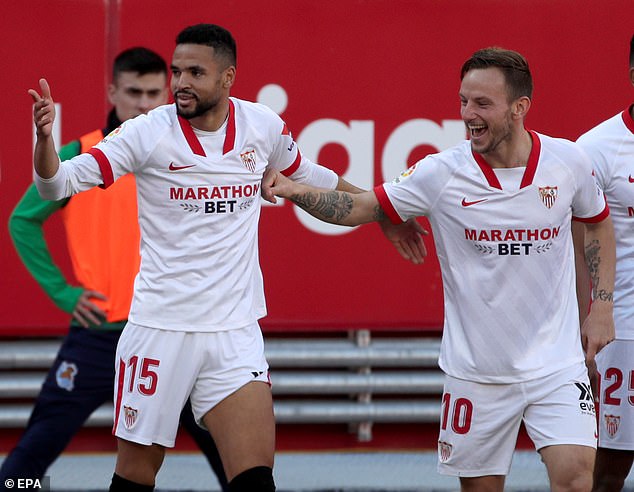 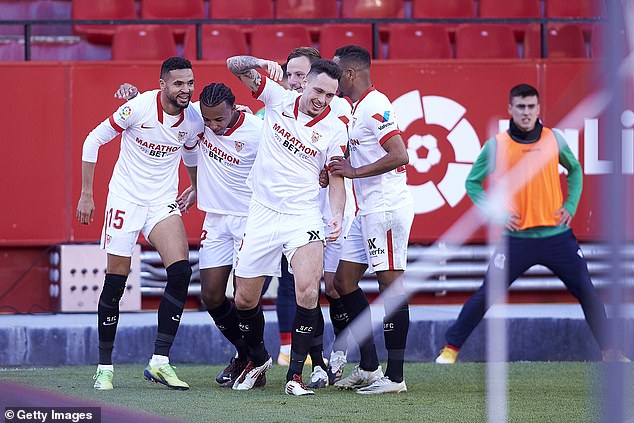 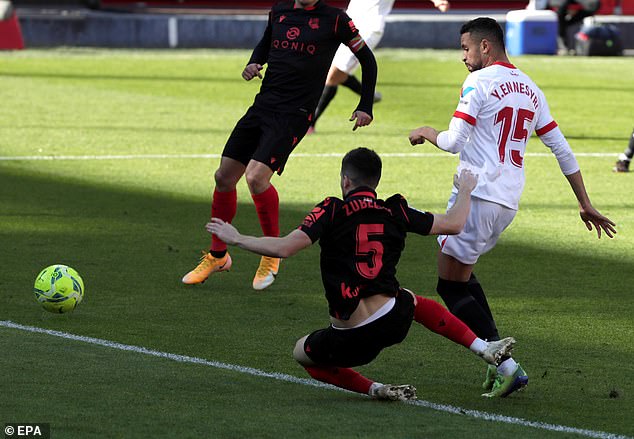 En-Nesyri completed his treble in the first minute of the second half, pouncing at the far post after Lucas Ocampos had carved his way through the visiting defence.

The Moroccan became only the second player to score a hat-trick in La Liga so far this season and the first in open play. Valencia’s Carlos Soler scored a treble of penalties against Real Madrid in November.

The win took Sevilla into sixth on 30 points from 16 games, level with Sociedad in fifth and with three matches in hand. 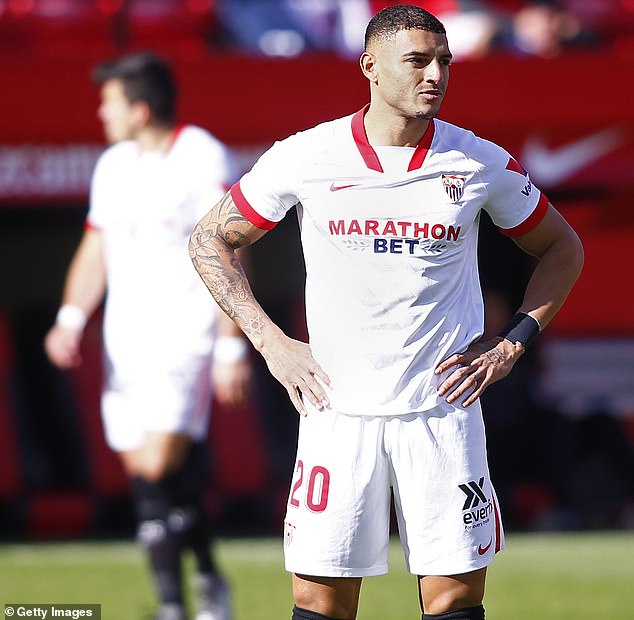 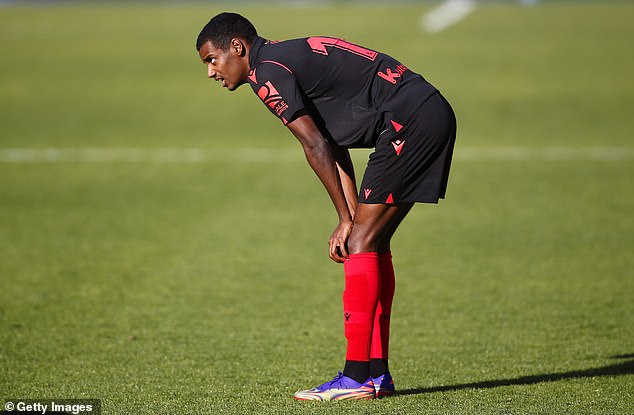 The rate of goals began to slow after Isak’s strike but the action did not and visiting keeper Alex Remiro had to tip away shots from En-Nesyri and Joan Jordan while his opposite number Bono thwarted Cristian Portu.

When the halftime whistle arrived, 13 shots had been fired at goal, seven on target. 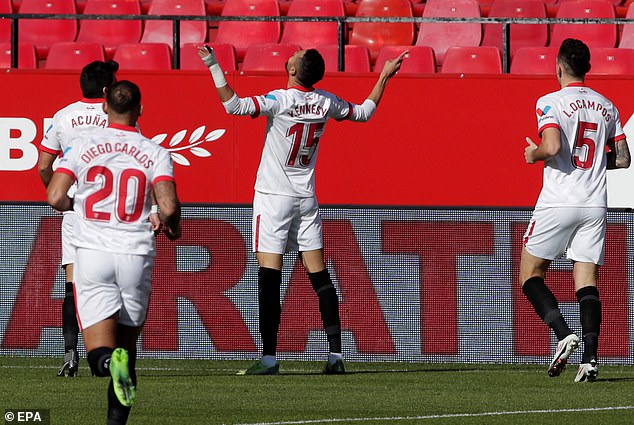 En-Nesyri is jubilant after scoring for Sevilla, who managed to prevail in a five-goal thriller

The second half was no less explosive. Suso almost stretched Sevilla’s lead soon after En-Nesyri’s third goal when he burst through on the counter but Remiro turned his shot round the post.

Sociedad could then have equalised when Mikel Merino headed at goal but defender Jules Kounde cleared the ball off the line.