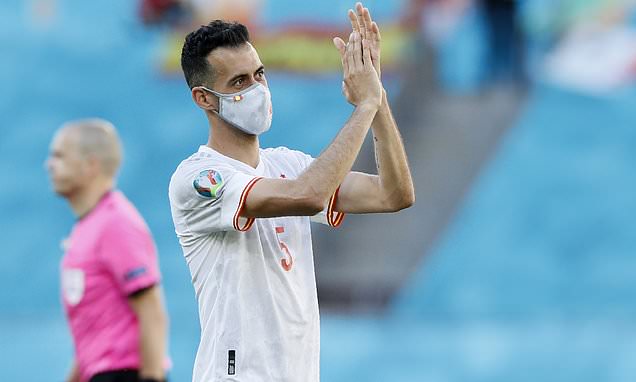 Sergio Busquets was in tears after Spain thrashed Slovakia to bury the ghosts of their first two tame draws and his own coronavirus scare before the tournament started.

The Spain captain missed the first game because he was self-isolating following a positive test.

He returned in time for the second match but sat the game out because he had not trained with team-mates. 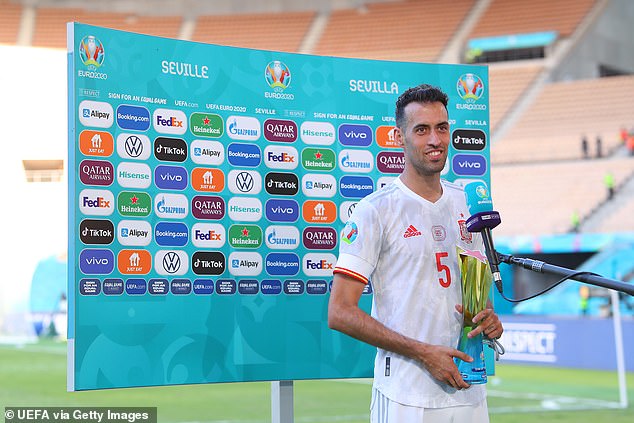 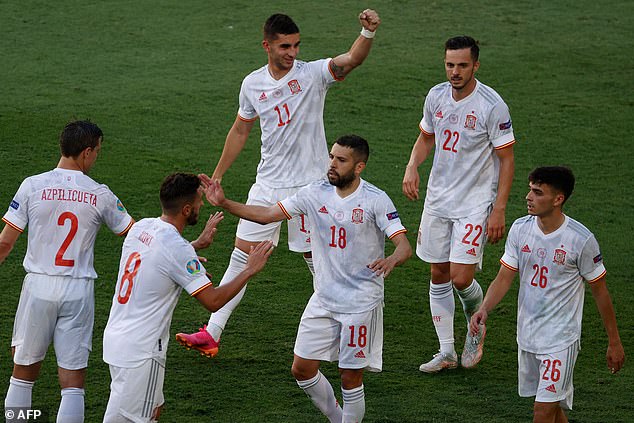 I had a really bad time with 10 days at home,’ he said in tears at the final whistle. ‘I didn’t know if I was going to be able to come back. Now I’m ready for anything.

‘This is a big boost for all of us, for the players and for the supporters. I think we all needed this. We went out switched on from the start. We missed the penalty but we kept going and the goals came.’

Spain coach Luis Enrique had said Spain was like a bottle of fizz with the cork ‘ready to pop’ and so it proved with all of his changes working brilliantly. 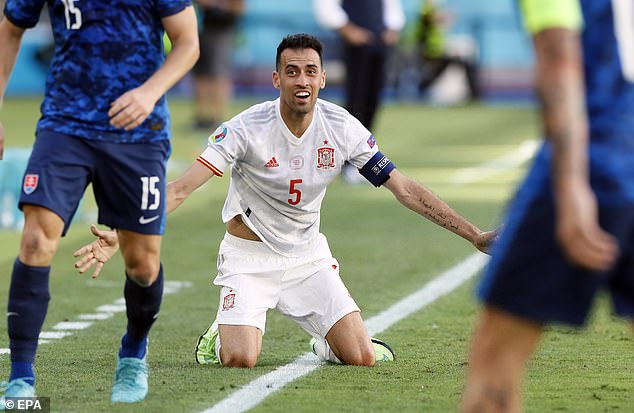 Cesar Azpilicueta brought confidence and calm to the right side of the defence. Busquets led the team from midfield and Pablo Sarabia gave them spark and imagination in attacking hitting the bar to force the first goal and scoring the third.

Sarabia said: ‘We were finding it hard to score but our intensity was brutal and the goals came.’

Describing his own goal he added: ‘Jordi Alba spotted me brilliantly and scoring is good for my confidence.’

Asked if former Dutch international Rafael Van der Vaart’s comments criticizing Spain’s football had inspired the team he said: ‘It was a stupid thing to say but this performance is for us and for our supporters.’

July 3, 2021 Soccer Comments Off on Sergio Busquets in tears after leading Spain to the Euro 2020 last-16
NFL News