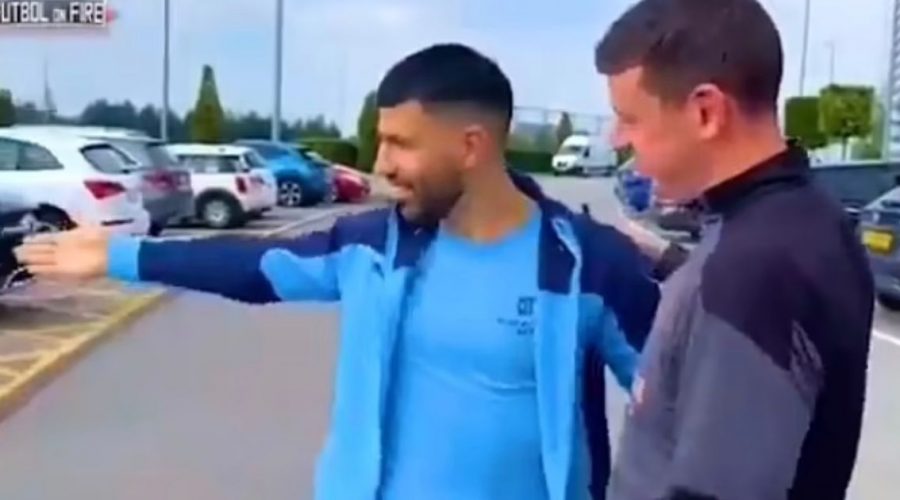 Ex-Manchester City forward Sergio Aguero gifted his car to a kitman, only for it to end up in bidding war on eBay.

The 2016 Range Rover Evoque was won in a raffle organised by the 33-year-old who wanted to repay City staff for all their years of hard work.

Kitman Ally Marland was the lucky ticket-holder, taking home a prize worth a minimum of £30,000.

The Sun reports that due to Ally and his wife Nicky already owning cars, they decided to list Aguero's motor on eBay, with five percent of the winning bid going to Derian House Children’s Hospice in Chorley.

Aguero has signed a pre-contract agreement with La Liga giants Barcelona and will officially join on July 1st, where he will link up with compatriot Lionel Messi.

The Argentine scored 184 goals in 275 appearances for City in the league and is currently fourth on the Premier League's all-time top goal-scorers list.

Prior to his departure, Aguero decided to gift his car to one lucky staff member via a raffle but that car is now on eBay with a current bid of £50,000.

Are you going to be bidding on Aguero's Range Rover? Let us know in the comments section

With just less than four days remaining on the auction, the car has had 45 separate bids, starting from an initial listing price of £23,000.

The 2 litre diesel automatic Range River has done 10,500 miles and comes with a panoramic sunroof, sat-nav and cruise control.

Aguero also spent £60,000 to buy every single member of backroom staff a watch with the words: "Gracias! Kun Aguero" engraved.