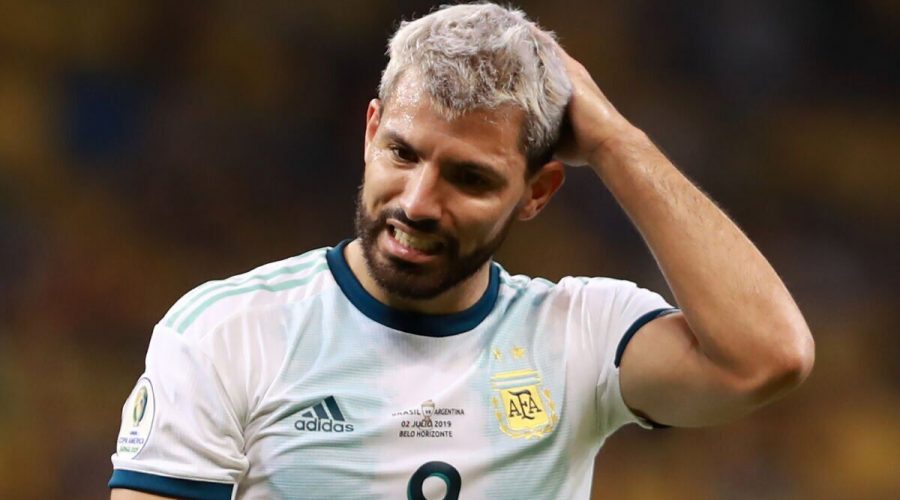 Former Manchester City and Argentina striker Sergio Aguero has struck out at his native football association after he was denied entry to their World Cup training base. The 34-year-old, who has over 100 caps for the Albiceleste, wanted to wish the team luck before their group-stage opener against Saudi Arabia on Tuesday.

Argentina come into their opening World Cup clash under the weight of huge expectations. Having not lost a match since July 2019, they travelled to Qatar as one of the favourites and many expect an emphatic win over Saudi Arabia to get their bid underway.

Not only are they aiming for a first World Cup triumph since 1986, but Argentina will be desperate to give Lionel Messi a stylish send-off on the biggest international stage of all, given that it could be the 35-year-old’s final attempt at matching Diego Maradona and winning the tournament.

Aguero wanted to wish his countrymen well but he has become embroiled in a spat with the Argentine FA after it emerged that his accreditation had not been arranged on time. #

JUST IN: World Cup LIVE: Lionel Messi gears up for awkward meeting, FIFA ‘let themselves down’

“I haven’t seen the national team yet,” said the former City star. “Hey, let’s see, but everything is kind of weird. Supposedly you have to have a credential to pass through. It sounds strange to me that it takes three or four days to arrange. I asked and was told the decision has come from above – but I see there are others who have been allowed in.

“It’s strange that they can’t give me the right credentials quickly. I’ve been in the national team and know they make a credential for you quickly. What do I know? I’m not going to bother. I’m going to wait for everything to finish. I wanted to go earlier, to wish them luck. The situation is rare.

“I’ve never done anyone wrong . I’ve always behaved well. Maybe there are people who don’t like being told bad things. It annoys me that others arrive the same day of their trip and suddenly they are in there. I sent a good luck message. If they don’t want me to go, it’s all good, but tell me to my face. I’m waiting for someone from the AFA to call me and tell me something.”

Matters became even more confusing for Aguero when he was invited to visit Spain’s training base, despite being denied access to that of his home country. “What does it look like if I go to visit Spain before I have even been to see my team-mates?” he queried.

Aguero and Messi used to share a room while on international duty, but the Paris Saint-Germain maestro now has his own space as Argentina seek to leave no stone unturned in their pursuit of victory.

After goal-laden spells at Independiente, Atletico Madrid and Man City, Aguero fled to Barcelona last year. However, his time at the Nou Camp was to be short-lived as a cardiac issue forced him into a tearful and premature retirement on the advice of doctors.