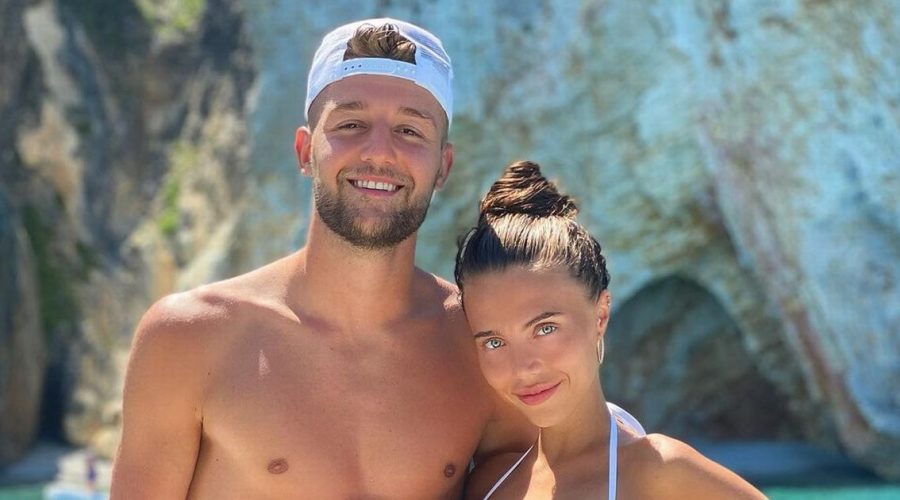 Manchester United transfer target Sergej Milinkovic-Savic's fiancee is a doctor who wows her fans with sizzling snaps on her Instagram account.

Serbian midfielder Milinkovic-Savic has been dating Natalija Ilic since 2017 and the couple are now engaged after five years together.

They are regularly seen travelling around the world together and attending festivals during the Lazio man's time off at the end of the season, with Ilic posting their adventures on her social media channels.

Ilic regularly shares sizzling snaps to her 21,500 Instagram followers, often wearing bikinis while relaxing on beaches or in loved-up pictures with her future husband.

Ilic is a Serbian blogger and doctor who studied medicine in her native Serbia before moving to Rome after completing her studies.

It was in Rome where she met Milinkovic-Savic, who has played in the Italian capital for Lazio since the summer of 2015.

When they met, Milinkovic-Savic has only recently split from his long-term girlfriend and model Andreja Travica.

Ilic and Milinkovic-Savic's relationship could soon relocate with reports that the midfielder may be on the verge of leaving Lazio in the near future.

Will Sergej Milinkovic-Savic join Manchester United this year? Let us know in the comments section below. Calciomercato report that he is edging closer to a departure and, with Juventus interested, is valued at around 70million Euros.

However, it is understood that United are currently the most likely destination for Milinkovic-Savic, having so far produced the most concrete interest in him.

United are also believed to have made an initial approach and were previously linked with the former Genk man back in 2019.

He would become the second member of his family to sign for United if he were to move to Old Trafford, following in the footsteps of his brother Vanja.

Goalkeeper Vanja spent two years at United between 2014 and 2016 but never made a first-team appearance for the Red Devils.

United could also face competition for Milinkovic-Savic from Paris Saint-Germain, who previously made an approach for the midfielder in 2020.