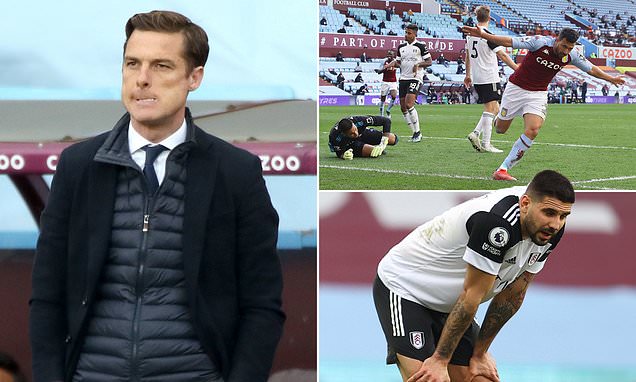 Scott Parker insisted there will be more ‘bumps in the road’ after Fulham’s hopes of Premier League survival took a battering at Aston Villa.

Parker’s side led through Aleksander Mitrovic’s goal just past the hour mark but they found themselves behind as Trezeguet netted in the 78th and 81st minutes after a defensive lapse from Tosin Adarabioyo.

Ollie Watkins then added a third before the full-time to leave Fulham three points adrift of safety with seven games to play. While Parker said it will be ‘easy’ to pick his players up after the defeat, he bemoaned the ‘silly goals’ they conceded at Villa Park. 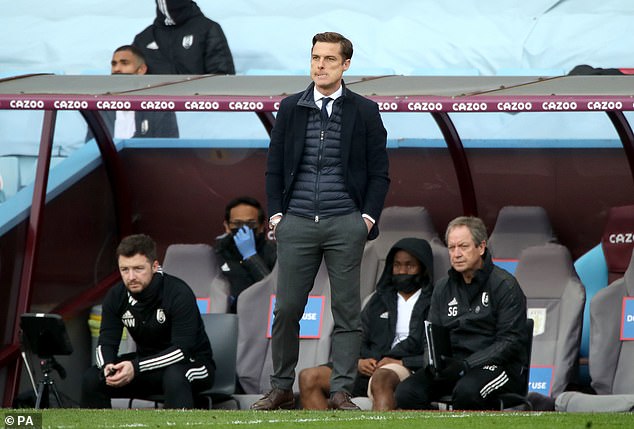 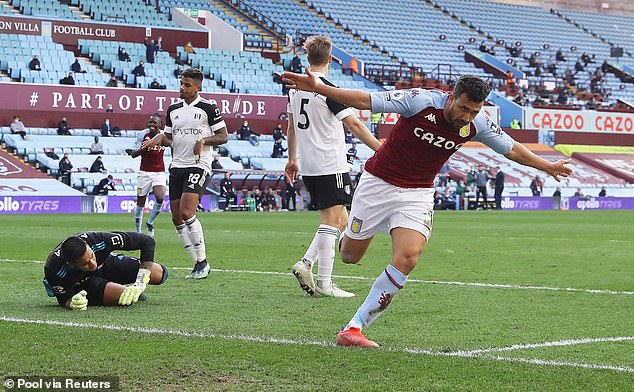 ‘(It was) a  poor 15 minutes from us. The game ebbed and flowed until our goal. I’m disappointed with the way it goes. It’s easy, silly goals that have let us down today,’ Parker said.

‘It’s clear to see the way I want my team to play but there’s always two sides to a football match. At one point we were walking away with a point here and we were sloppy at those moments. 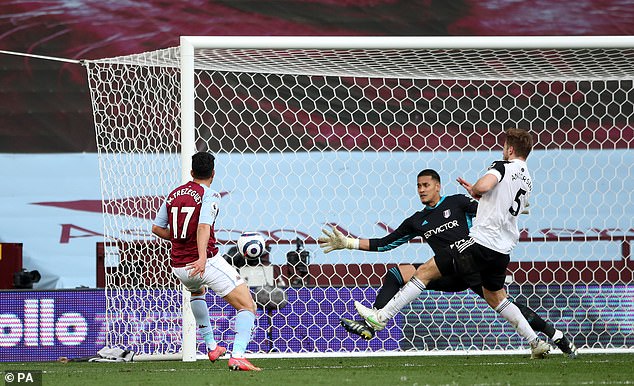 ‘Easy (to pick the team up after this). Disappointment today. We put ourselves in an unbelivable position, there’s always going to be bumps and this is a bump. How we react to these times is going to define our season. We’ve had many bumps. That’s no different when we get up tomorrow and we get in tomorrow.

‘Ultimately there’s seven games left and everything to play for. There’ll be more bumps but I also believe we’ll have good ones as well.’

Mitrovic scored his first goal since September to put Fulham ahead and admitted the players were ‘angry’ with the way they let the game get away from them. 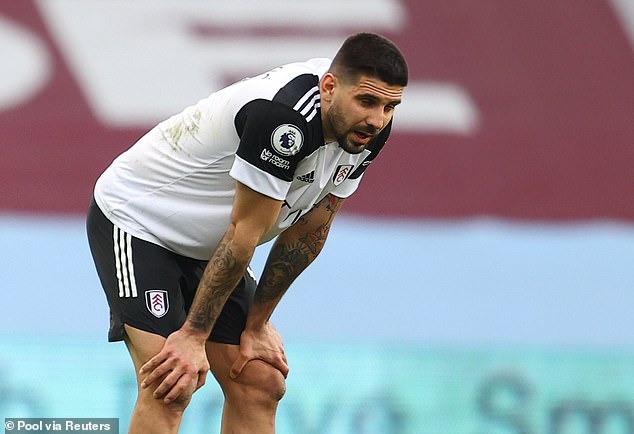 ‘(We’re) really sad, disappointed and angry with ourselves. We had good 60 minutes and we score a goal and normally this season we defend really well but today some mistakes and two goals in 15 minutes.

‘There is no time to cry a lot, we have to dust ourselves, keep going and keep believing. We have to learn from this.

‘Seven games left so lot to play. We are three points from the place we want to be and we play in the Premier League and against every team we can win, there is a lot of things to be positive about. This was not the right result tonight but still lots of points to play for.’