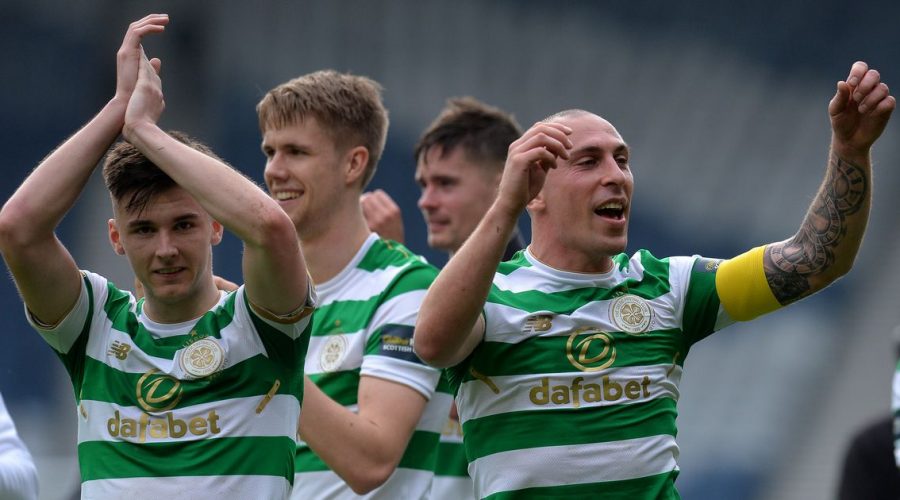 Celtic have announced that Scott Brown will be leaving the club this summer with the midfielder set to join Aberdeen.

The club captain has spent nine years at Parkhead but will now be heading to Aberdeen on a two-year deal to the Scottish Premiership rivals.

Brown was spotted at Aberdeen's training ground earlier on Thursday with the Dons going on to confirm his move will come in the summer.

"Our history-making captain, Scott Brown will leave Paradise at the end of the season. Thanks for the unprecedented success @ScottBrown8," Celtic tweeted.

Brown won ten Scottish Premiership titles during his time at Celtic Park as well as six Scottish Cups and the same amount of Scottish League Cups.

It worked out that he was winning a trophy for every 28 games he played for the Hoops.

He will be joining Aberdeen having signed sign a two-year pre-contract with the Dons.

The 35-year-old will be Stephen Glass’s assistant while also keeping his playing boots on.

Aberdeen boss Glass said: “The opportunity to bring a player of Scott’s calibre, a leader who has more European appearances for Celtic than any other player, is a huge coup for me and for Aberdeen.

“His experience will be invaluable on the pitch and he is someone who will help set the standards we expect at this club.

“A born competitor, with a strong appetite to win, his hands-on approach and desire to nurture will hugely benefit the development of the young, emerging talent we have here.

“Scott will be a big part of my coaching team and whilst his impact will undoubtedly be felt on the pitch where I believe he still has much to give, I am looking forward to assisting his transition into coaching.

“He is excited about coming to Aberdeen and working with the current playing, and wider coaching and support staff already in place.

“I’ve no doubt he will be a success here.”