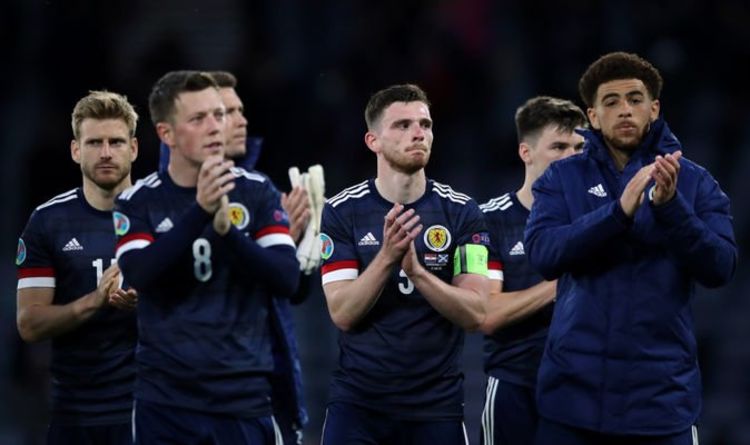 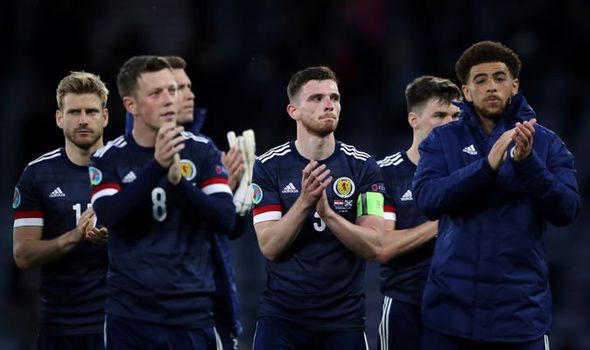 Scotland’s players admitted their disappointment at failing to make it through to the knockout rounds of Euro 2020 having felt confident of doing so after a goalless draw against England.

The Scots were outclassed by Croatia, the World Cup runners-up three years ago, at Hampden Park and crashed to a 3-1 defeat that left them with just a single point from three group matches.

Real Madrid’s Luka Modric was excellent and scored with a sublime strike as Croatia came second to England in Group D to qualify for the last 16.

Callum McGregor sent the 12,000 Scotland fans inside the stadium wild when he made it 1-1 to cancel out Nikola Vlasic’s opener but goals from Modric and Ivan Perisic put the hosts to the sword in the second half.

Scotland have been eliminated in the group stages in all 11 of their appearances at major tournaments and needed a victory against the Croats to end their rotten record.

Captain Andy Robertson, the Liverpool left-back, admitted it was a sore defeat while goalkeeper David Marshall said Scotland had fancied their chances of progression after holding rivals England to a 0-0 draw at Wembley on Friday night. 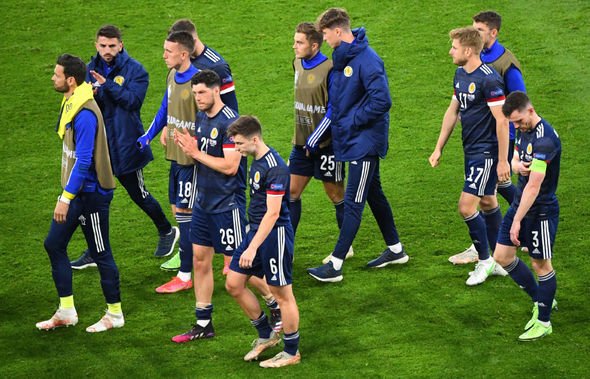 Scotland skipper Robertson told ITV: “It’s massively disappointing – Croatia showed why they’ve got to a World Cup final. Second half, they showed their experience and Modric ran the game.

“But I’m so proud to be captain of this country and these players. I know we’ve fallen short but the love we’ve felt from the nation has been special.

“The squad has a lot of potential and it’s important we build on this.”

While Marshall said to BBC Radio Scotland: “The positivity was there after the England performance, and we’ve started the game well tonight, so it’s a big disappointment.

“Croatia handled the second half really well. There are fine margins in games, but we can’t argue with the result really. 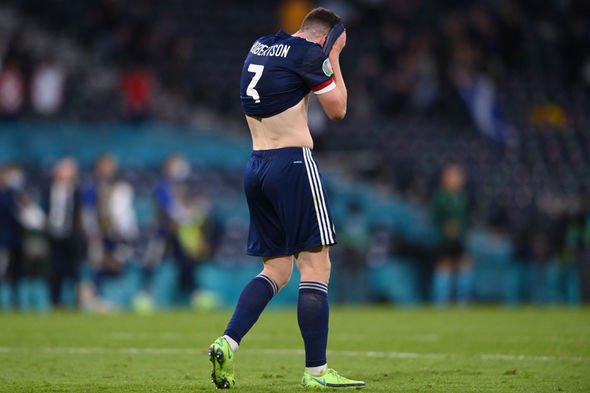 “The manager’s said to us that this is just the start of something and in a short space of time we’ll be meeting up to try to qualify for the World Cup.

“We’ve got tournament experience now, which will make us better as a group.”

Scotland boss Steve Clarke reeflected on ITV: “I’m proud that the players managed to get here.

“You saw tonight a team that is tournament-hardened; hopefully we can take the lessons and we don’t have to wait as long for the next one.

“We’ve got young players in the squad and we want to improve together.” 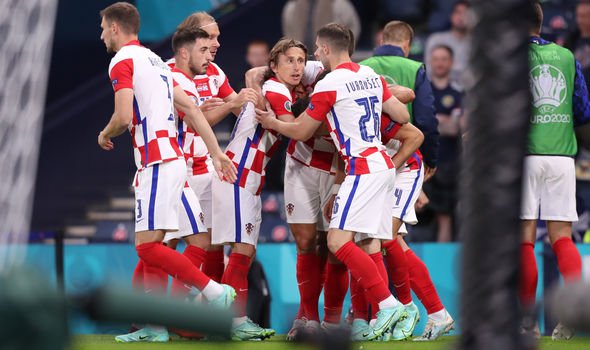 While Aston Villa midfielder John McGinn added: “Devastated we’re not through. Through the whole campaign we didn’t get off to the best of starts.

“We came up against an excellent team tonight and they have experience at the major tournaments and they showed that tonight.

“I feel we didn’t do ourselves justice but we created history by coming here to a major tournament.”

Croatia will play on Monday night at 5pm in Copenhagen against either Sweden, Slovakia, Spain or Poland.

While Group D winners England will play their last 16 tie 24 hours later at Wembley against one of France, Germany, Portugal or Hungary.