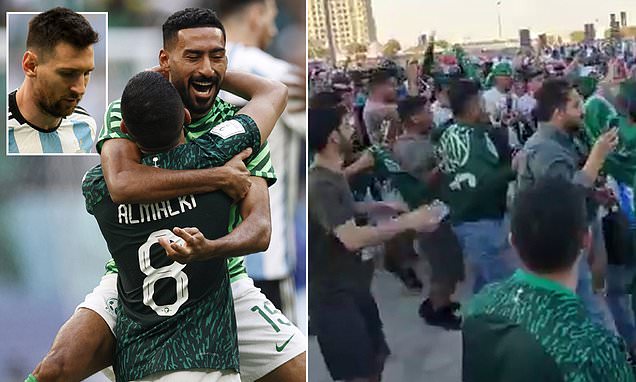 Herve Renard’s side came from behind to score two goals in just eight minutes in the second-half of their Group C clash to pull off arguably one of the greatest World Cup shocks ever.

Lionel Messi opened the scoring from the penalty spot in the 10th minute of the match, but his effort was cancelled out by goals from Saleh Al-Shehri and Salem Al-Dawsari. 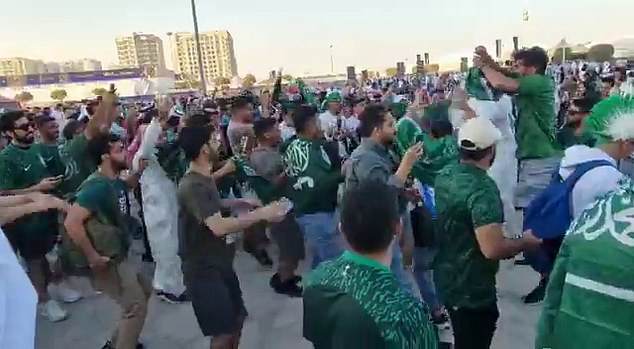 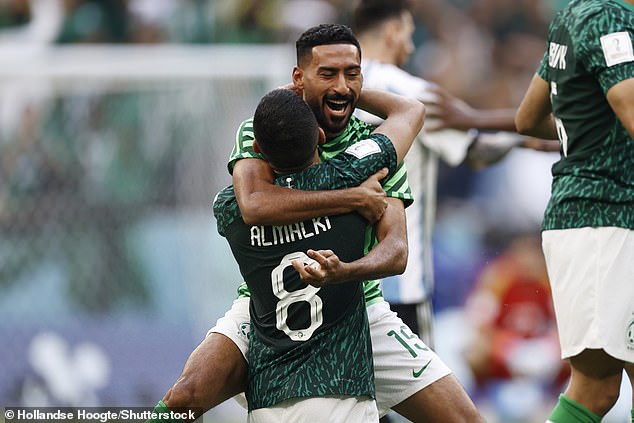 The victory was Saudi’s first at a World Cup since 1994, while ending Argentina’s 36-game unbeaten streak.

To make matters worse for Argentina, Saudi fans were filmed leaving the stadium celebrating in emphatic style after their shock and historic win on day three of the World Cup.

The celebrations included a subtle dig at Messi, as they pulled off his arch rival Ronaldo’s famous celebration. It was quickly posted on Twitter with the caption: ‘Epic World Cup s***housery.’

It wasn’t just the fans celebrating as the players enjoyed some wild celebrations in the changing room after the win as well.

The players danced on the tables and threw water around to mark their significant victory in the major tournament. 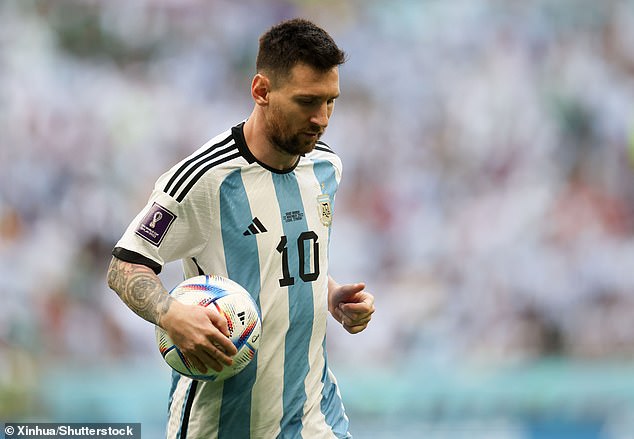 The celebrations included a subtle dig at Lionel Messi, as they pulled off his rival Ronaldo’s famous celebration

Football fans even chimed in after being left in stitches by the Saudi fans celebrations after the video went viral on social media.

One fan said: ‘This is expert trolling.

Another added: ‘This sport is amazing. Fair play.’

Saudi Arabia will face Poland next while Argentina will be desperate to bounce back against Mexico.

The result has blown Group C wide open with Argentina very much expected to cruise through as group leaders prior to the tournament.

The winner of Mexico or Poland this evening, could put themselves in control of their own destiny in the group, unless Saudi continue to pull off shock upsets throughout the group-stages.