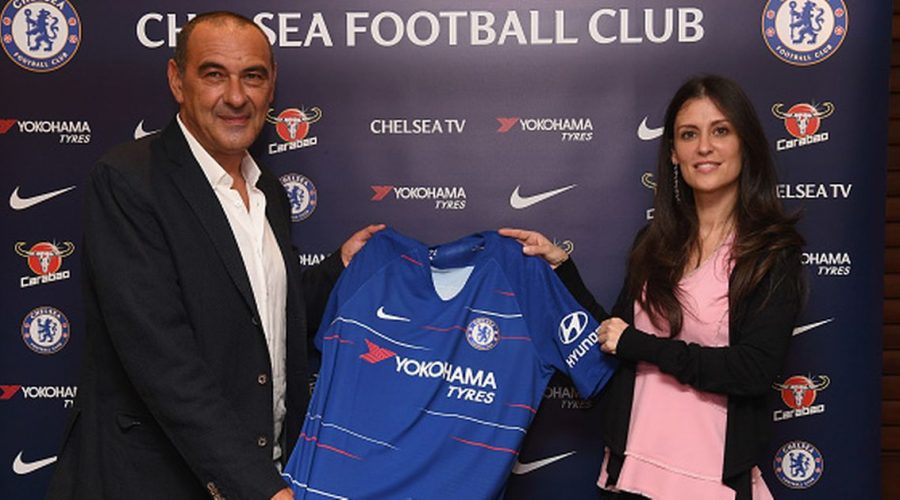 Sarri was at the club for a solitary season in 2018-19 having left Napoli for the London club.

There, he helped Chelsea secure Champions League qualification and also won the Europa League, after beating Arsenal 4-1 in the final.

He was also at Juventus for a year, winning the league title before being sacked.

Talking to AlfredoPedulla.com, Sarri expressed his regret and talked about how director Granovskaia wanted him to stay on.

“At Chelsea I made a sensational mistake, that of wanting to return to Italy at all costs.

“Marina stonewalled me to leave Chelsea, I had this desire to return to Italy.

“Chelsea are a great club; in the following years they have taken many young people suitable for me.

“I experienced a particular year, in which Abramovich could not enter England and we had an owner who was not present in the area.

“A rather difficult situation, all in the hands of Marina and she had a thousand problems to solve, the football aspect was in the hands of us of the staff, not having the economic power available.

What did you make of Maurizio Sarri's time at Chelsea? Let us know in the comments below.

“Then came Werner, Havertz, Mount, Ziyech: all suited to me and my way of playing.”

Sarri was replaced by Frank Lampard who was there for a season-and-a-half before being replaced by Thomas Tuchel, who went on to win the Champions League in May.

Sarri, meanwhile, joined Lazio this summer after a season away from football altogether.