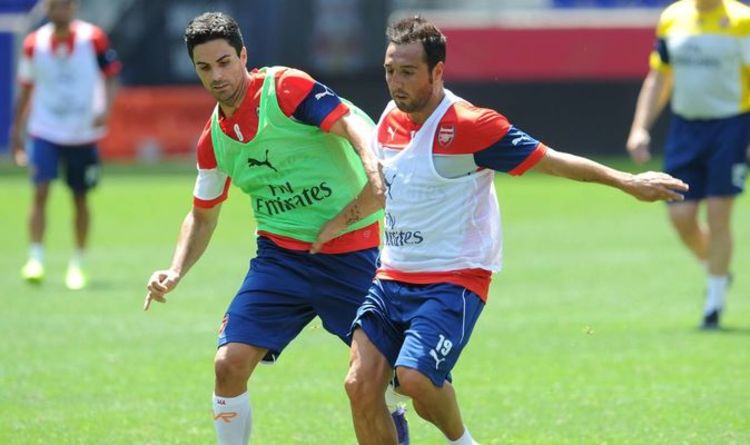 Santi Cazorla has opened up on the size of the task facing his former team-mate Mikel Arteta with Arsenal. Gunners manager Arteta has come under pressure in recent weeks following a run of inconsistent results.

Arsenal picked up a much-needed 2-0 win over Newcastle on Sunday to end a run of one victory from their previous five Premier League matches.

Goals from Mohamed Elneny and Pierre-Emerick Aubameyang gave the Gunners victory at St James’ Park, but they remain in ninth place with four league games remaining.

Attention now turns to the second leg of their Europa League semi-final against Villarreal on Thursday, with Arteta needing to mastermind a comeback following last week’s 2-1 defeat in Spain.

The 39-year-old was on the receiving end of plenty of criticism for his tactical decisions in the first leg, with Emile Smith Rowe chosen to play as a false number nine and midfielder Granit Xhaka fielded at left-back.

Arsenal found themselves 2-0 down after 29 minutes following goals from Manu Trigueros and Raul Albiol and Dani Ceballos’ red card after 57 minutes made things even harder. 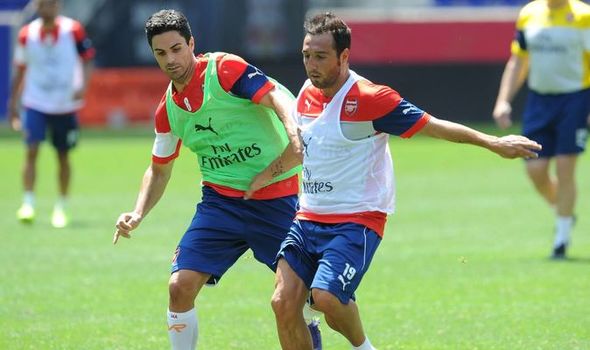 Nicolas Pepe’s penalty saw them grab an important away goal, but the Gunners’ season now hinges on Thursday’s second leg against their former manager Unai Emery’s side.

Cazorla played alongside Arteta at Arsenal and believes he is still the right man for the job, which he thinks has proven to be very difficult since Arsene Wenger’s departure in 2018.

“It’s difficult to follow a period like Wenger’s – the club has to adapt to another kind of football, another philosophy, another vision of football.

“He’s got a clear idea of how he wants his team to play, they’re in the semi-finals and they did well in the FA Cup [last season].

“They have been pretty inconsistent but you’ve got to give him time and I think they’re convinced that Mikel can get a lot out of the squad and achieve big things.

Arteta says what all Arsenal fans wanted to hear about Martinelli

“I’m great friends with him and whatever good happens to him and the club I’d be happy for them because I’m a Gunner.”

Cazorla played for Villarreal across three separate spells during his earlier years and now plies his trade in Qatar for Al Sadd, who are managed by Barcelona legend Xavi.

The 36-year-old midfielder says he is torn between his two former sides, who are likely to face Manchester United in the final, but knows how important a trophy would be to Arsenal.

He said: “I’m not sure how long it’s been since they won a European competition but they had the chance against Barcelona in the [2006] Champions League final and the Europa League final against Chelsea [in 2019].

“So it’s necessary for the club to achieve something big in Europe, isn’t it? They were close to achieving it on several occasions and they have to keep showing that Arsenal are a big team in Europe.

“They want to show that they’re at the same level as many other big clubs in the world and in order to do this they’ve got to win European trophies.”