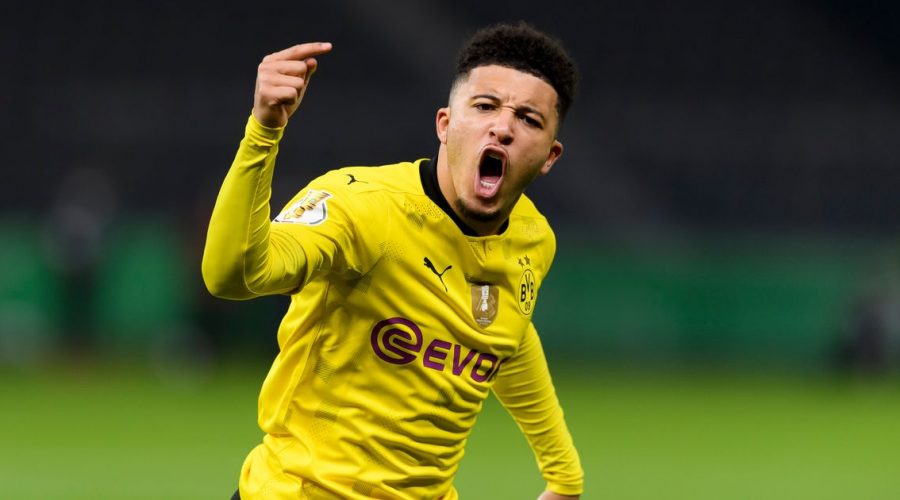 The England international is close to signing for the Red Devils after agreeing personal terms on a five-year contract.

But this year, all parties have been keen to crack on with a deal that edges closer to the £85m asking price, which has dropped from the £109m valuation of 2020.

Though a transfer has yet to be confirmed, all the signs point towards Sancho becoming the first arrival of the summer at Old Trafford. However, the 21-year-old will join a team of big-name stars that he will jump ahead of immediately in the wage structure.

United have broken the bank to land the youngster and that has meant caving into his astronomical salary demands, where he will earn £350,000-a-week in a five-year deal.

That means that only David de Gea earns more than the Camberwell-born ace, with the likes of Paul Pogba, Marcus Rashford and Edinson Cavani trailing behind.

Bruno Fernandes, who was United's player of the year last season and has been integral to their season, earns a fraction of that sum at £180,000-a-week.

It threatens a repeat of the situation that grew during Sanchez's time at the club, which was blighted by poor form and injuries. Now at Inter Milan, the Chile international was paid around £375,000-a-week, plus add-ons which included a £75,000 appearance fee.

It caused strain behind the scenes with players asking why someone like Sanchez could be paid such a sum when their own loyalty was not rewarded the same way.

It was De Gea's main argument during his contract talks which stretched on for over a year, and eventually saw him pocket a similar deal.

And the same happened to Ander Herrera, who ended up leaving on a free transfer and joining Paris Saint-Germain, while Anthony Martial almost doubled his wages during his contract renewal talks.

The knock-on effect from the signing of Sancho could cause major ripples in the wage structure at United, one that they had only started to begin recovering from following the disastrous Sanchez era.

And not just in the current squad but the next arrival in the transfer window could ask for similar wages, depending on the size of the fee.

It is a highly delicate situation that Solskjaer must navigate, along with Ed Woodward, Matt Judge and John Murtough – a state of affairs that they will already know too well about.

Will Jadon Sancho be a hit at United? Have your say in the comments.