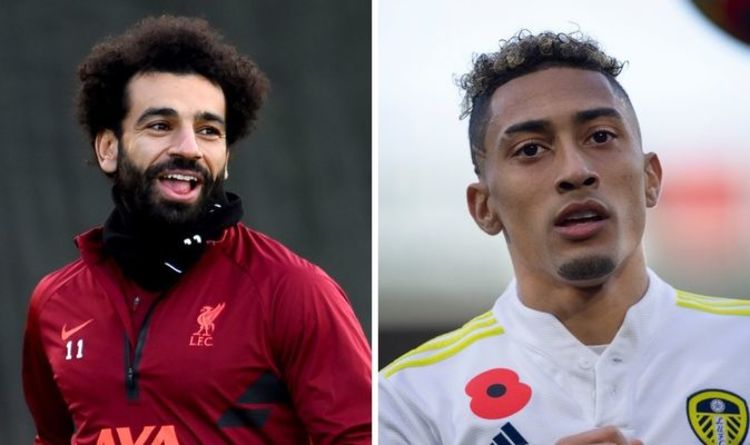 Liverpool have enjoyed a strong start to the season and sit within touching distance of league-leaders Chelsea heading into the festive period. It’s predominantly around Christmas where the title contenders are decided.

But games at the start of the New Year will certainly test Liverpool with the Africa Cup of Nations taking place.

Sadio Mane, Mohamed Salah and Naby Keita will all depart Liverpool to take part in the competition, leaving Klopp short of options.

Rumours have begun circling on what Liverpool could do in the January transfer market to solve the upcoming issue.

Express Sport takes a look at the latest rumours coming out of Liverpool with just a few weeks until the transfer window opens.

Liverpool have reportedly learned that it will take a bid in excess of £60million to prise Raphinha away from Leeds.

Signing at least one more winger in the New Year appears to be a top priority for Liverpool.

With both Sadio Mane and Mohamed Salah departing for the Africa Cup of Nations, Jurgen Klopp will suddenly find himself short of firepower.

Raphinha has long been tipped with a move to Anfield with Liverpool chiefs long-term admirers.

But Rio Ferdinand doubts whether signing Raphinha for that kind of money would be worth it once Salah and Mane return from international duty.

“The only problem I think with something like Raphinha going to Liverpool is just where he’s going to play? He’s not going to start,” the ex-England defender said on his YouTube channel, Five.

“So, £60 million not to start is a big, big fee. And for him as a player, I’m sure he’ll have more options. It’s a great club, don’t get me wrong, going to be fighting on all fronts to win things.

“That question won’t be answered in a positive way for him: will I start a lot of games? If Salah stays and signs a new contract, it puts a dampener on his ability to play.”

Of course, Raphinha’s potential move to Liverpool may well depend on Salah’s own future at the club.

“If I am selfish, I will tell Salah to leave Liverpool and return to Chelsea,” Drogba joked when speaking on Al-Axis TV.

The 29-year-old wants to be rewarded for his sensational form of late with a lucrative new contract.

But Liverpool are being cautious of breaking their own wage structure which has helped create unity in the changing room.