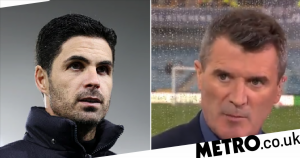 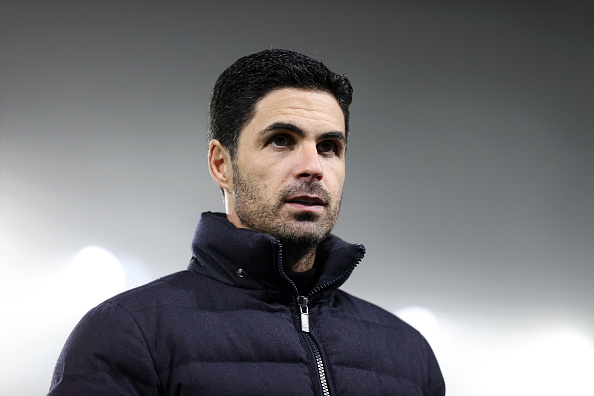 Roy Keane says there remains a ‘softness’ to Mikel Arteta’s Arsenal side despite their stark turnaround in form in recent months.

The Gunners endured a miserable opening to the campaign, losing their first three Premier League games to Brentford, Chelsea and Manchester City.

With the north London side rock bottom of the table going into the September international break, the pressure was piled on the team and manager Arteta.

But Arsenal have bounced back since then, and now find themselves occupying fourth spot in the table and eyeing a potential route back into the Champions League.

While their overall form has been better, there have still been defeats in big games, including the recent losses against Manchester City, Manchester United and Liverpool.

Although Keane highlighted the recovery of Arteta’s youthful side, he is still concerned that the team are ‘soft’ and need to improve their results against teams at the top end of the table.

‘Considering where they were at the start of the season when they were under huge pressure. They’ve recovered well and got themselves in a good position the key is now can they get into that top four. The rewards for that are obviously fantastic,’ the former United captain told ITV.

‘They’ve lost against the better teams and that’s where they need to improve.’

‘It’s going very well at the minute,’ added Gunners legend Ian Wright. ‘I think everything he’s [Arteta’s] done with the signings, him and Edu have got to take a lot of credit for the signings, they’ve come in and hit the ground running.

‘There’s a lot of confidence in the team, the young players are playing well. They’re starting to score goals the guys up front and it’s looking very good at the moment. You just want to continue to improve with that confidence.’