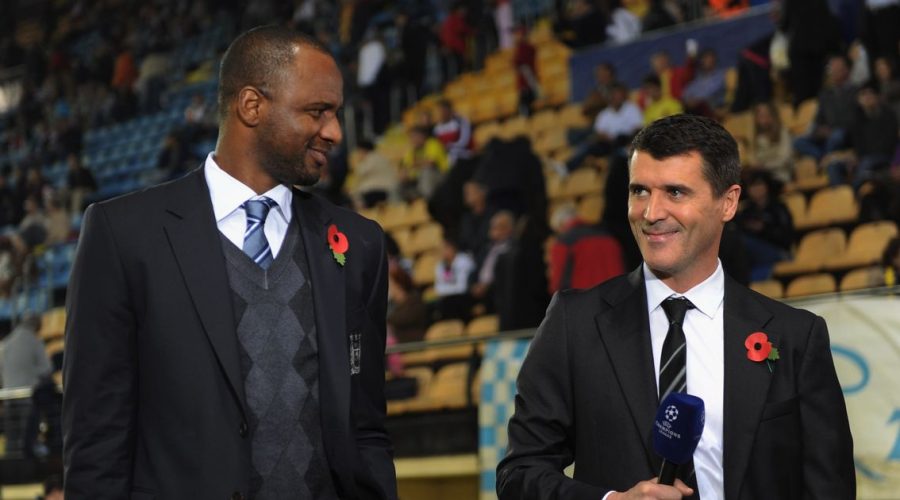 Roy Keane has joked that former rival Patrick Vieira is only covering the Euros as a pundit for ITV because he got sacked as Nice manager.

Keane did not hold back from taunting the Arsenal legend, who parted ways with Nice at the end of last year following a long run of poor form in Ligue 1.

The pair enjoyed one of the most famous rivalries in English football history in the late-1990s and early-2000s as fierce captains of Manchester United and Arsenal.

Now, Keane has playfully welcomed his former adversary to the ITV studio as they prepare to cover the Euros together.

Speaking on Sky Bet’s Micah and Roy’s Road to Wembley, Keane said: “Yeah he [Vieira] just panders to me, and that’s it.

“He just lost another job yeah. Why do you think he's doing the punditry? He lost his job. That's why we're all f***ing doing it!”

Keane went on to tell fellow Sky pundit Micah Richards: “Do you know, we are very lucky Micah. Like you know even the stuff we do with the TV, and there's a lot of people desperate to get into that.

“Bit of TV work, whatever it might be, punditry, and there's more players obviously every year retiring. Desperate to get into it so you have got to stay ahead of the game or you'll be left behind.”

Do you think Keane and Vieira is the greatest Premier League rivalry of all time? Let us know in the comments section.

Keane and Vieira will be joined at ITV by another Man Utd legend in Gary Neville while Richards will appear be involved in BBC’s coverage.

READ MORE: Roy Keane says he never tried to injure anyone on the pitch – including Alf-Inge Haaland