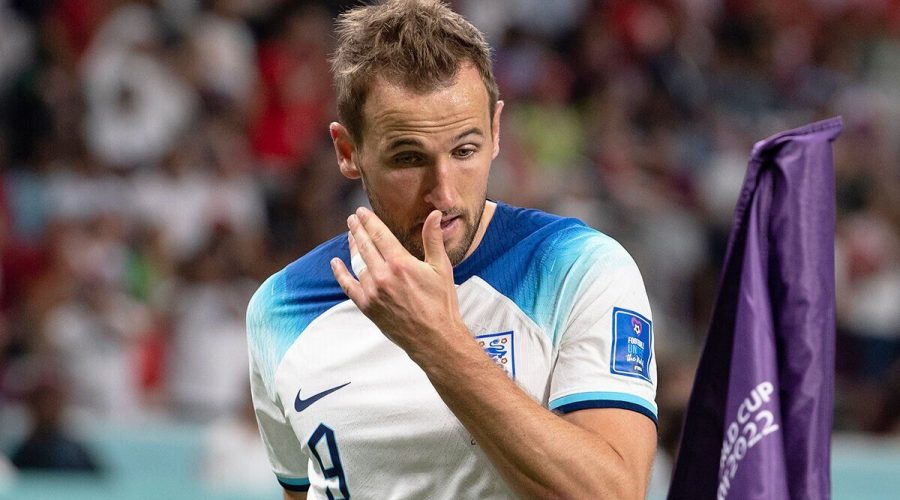 Roy Keane believes the fitness of Harry Kane is Gareth Southgate’s biggest concern following England’s World Cup win over Iran. Kane suffered a knock to his ankle during the second half of the 6-2 victory for the Three Lions.

England eased to a comfortable win to open their campaign in style. Bukayo Saka scored a brace and was one of five different goalscorers for Southgate’s side.

Kane surprisingly did not score and was taken off with 15 minutes remaining. Southgate insisted afterwards that the Tottenham star was fine.

However, he was spotted limping through the mixed zone after the match with strapping on his ankle. Keane believes that is the major concern heading into the remainder of the tournament.

He told ITV: “I think there still would have been a bit of nervousness, Gareth will have wanted the first game under his belt, to get the attacking players scoring goals. To score six goals in an international game is obviously a good achievement. Bigger tests to come.

“But they’re up and running, the feelgood factor will be in the group, I think they’re obviously strong favourites to top this group.”

Southgate allayed fears of a Kane injury when speaking in his post-match press conference. He said: “I think Harry’s fine.

“It looked like a bad tackle but he carried on in the game. We took him off because we felt it was a moment in the game we could do that.”

Kane was full of praise for his England team-mates in a video posted on Twitter after the final whistle. But he failed to mention anything about his condition.

Kane said: “Obviously a really good start to the World Cup campaign. Full credit to the boys, you know it’s never easy getting off to a winning start in a major tournament. To score six goals shows we’re in a really good place.

“Still a lot of work to do, of course, we know that. Overall, really pleasing. Congrats to Jude [Bellingham] for his first England goal, no better place to do it.

“Bukayo on fire with two great finishes so everyone out there today done their country proud and we move on to the next one now. So thanks for your support back home. Let’s keep it going for the next game against the USA.”