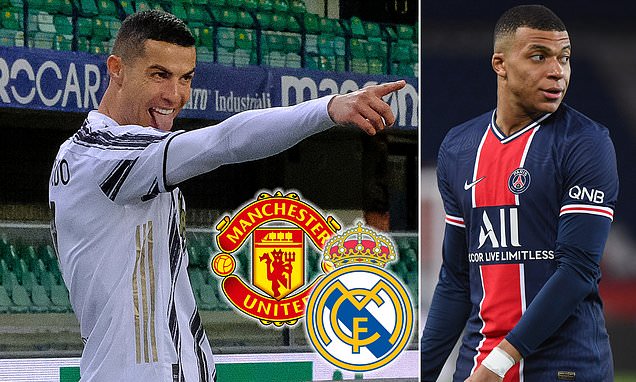 Cristiano Ronaldo ‘is more likely to return to Manchester United than Real Madrid’ if he leaves Juventus, with Spanish giants focused instead on signing Kylian Mbappe from PSG

Cristiano Ronaldo ‘is more likely to make a return to Manchester United than Real Madrid’ because the Spanish giants will focus all their attention on bringing Kylian Mbappe to the Bernabeu.

Speculation is mounting that the Portuguese star, 36, will leave Juventus in the summer after their latest Champions League failure.

Ronaldo took plenty of blame after appearing to shirk out of blocking the Porto free-kick that eliminated them at the last-16 stage last week. 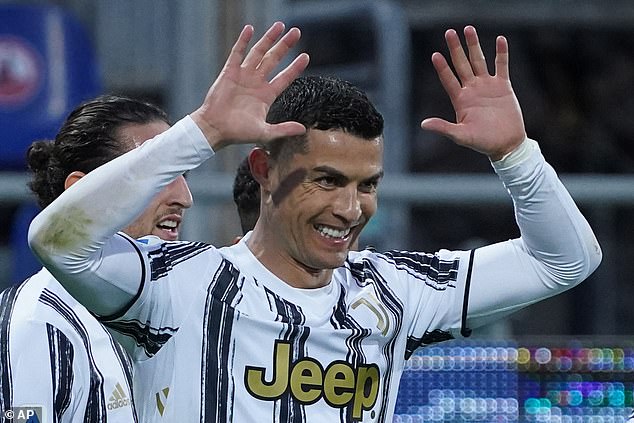 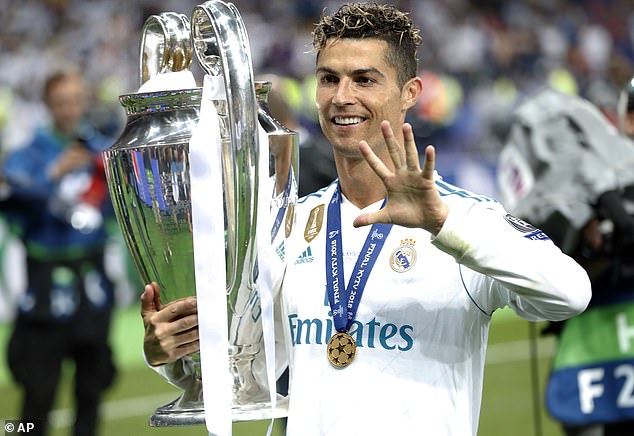 Rumours abound that Ronaldo could return to Real Madrid, where he won four Champions League titles during a highly successful decade with the club 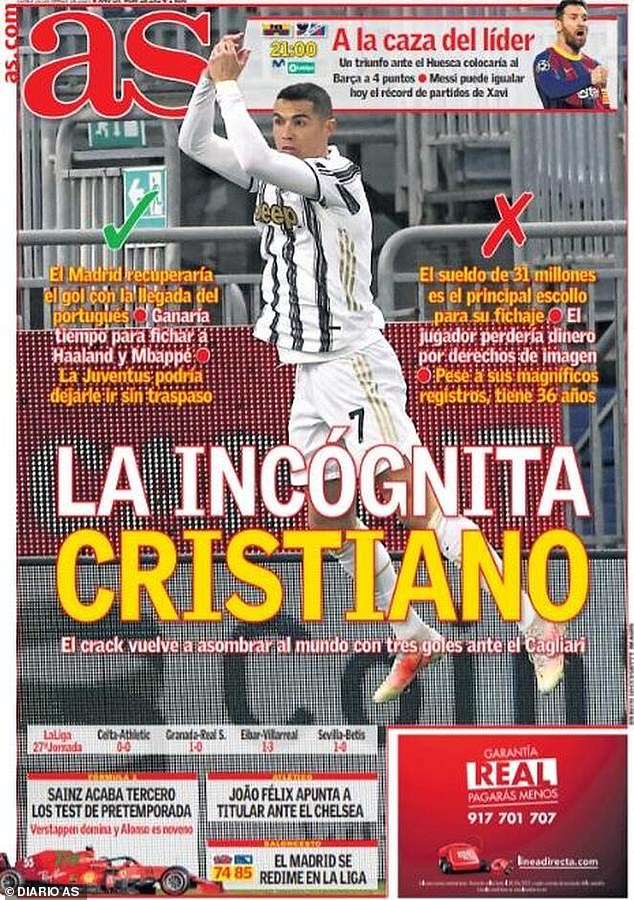 There have been reports in Spain this week that Ronaldo could make a sensational return to Madrid in the summer with Juventus willing to accept just £25m for him.

But according to an assessment by Italian newspaper Tuttosport, United is the more likely destination for Ronaldo than Real.

They report that Real will go all-out to bring in Paris Saint-Germain and France striker Mbappe, 22, as opposed to a romantic return for the player who helped them to four Champions League triumphs.

Mbappe could prove difficult to extract from PSG, however, despite his contract there expiring in 2022.

The Parisians are confident they can persuade the France World Cup winner to sign a new deal even during the final year of his current one. 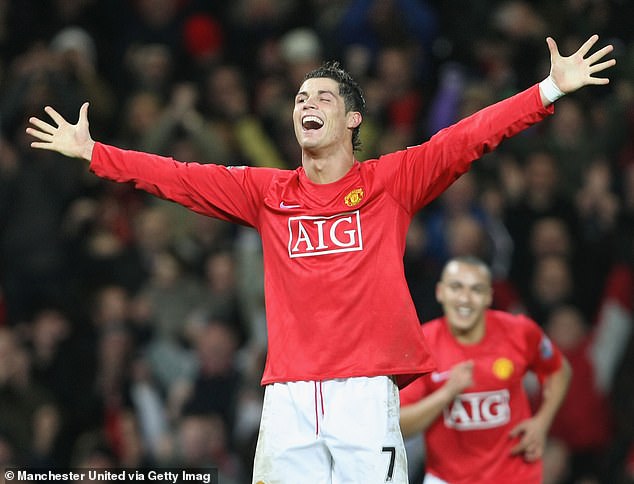 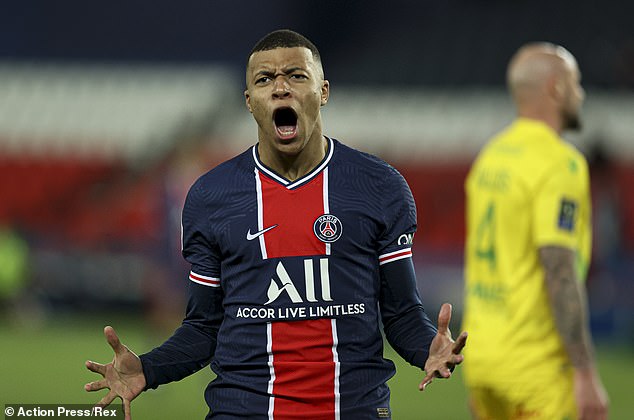 The Borussia Dortmund forward Erling Haaland is another option for the Madrid club and a cheaper one given the severe financial impact of the Covid-19 pandemic.

Ronaldo spent six seasons with United, helping them win three Premier League titles and the Champions League, before making the £80million move to Real Madrid in 2009.

But even if a move to Old Trafford is more likely than a return to the Bernabeu, United are set to look to other targets as Ole Gunnar Solskjaer continues to rebuild his team back to a title-challenging force. 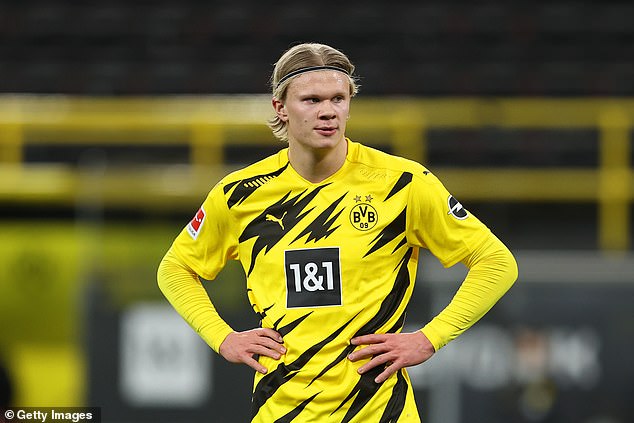 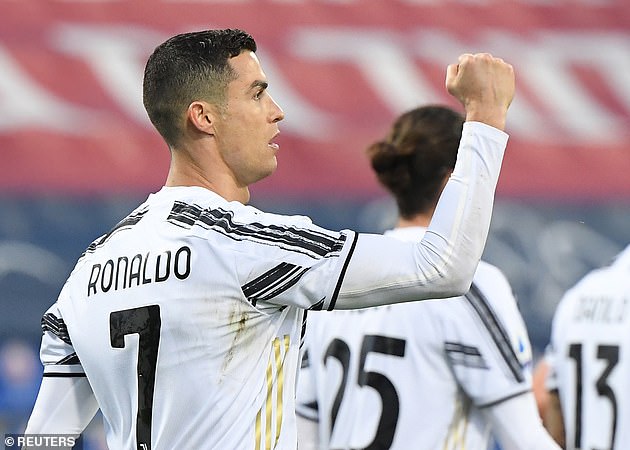 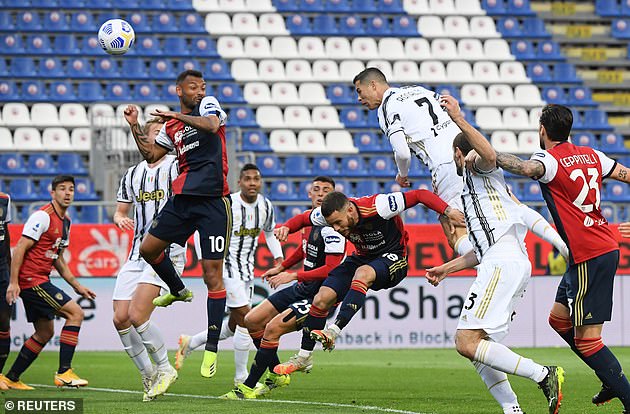 Their transfer strategy has tended to focus on younger players who fit Solskjaer’s counter-attacking style of play, rather than established stars.

And reports suggest they will prioritise a centre forward, centre-back, central midfielder and right-back in the summer.

But a third season at Juventus is probably the most likely scenario for Ronaldo, with the club’s managing director Fabio Paratici saying this week he will remain in Turin.

Ronaldo is contracted until 2022 and Paratici replied ‘without doubt’ when asked if Ronaldo would be staying beyond the summer.

He added: ‘We will hold onto him and enjoy him as much as possible. We’re very happy to have him with us.’

March 17, 2021 Soccer Comments Off on Ronaldo 'is more likely to return to Man United than Real Madrid'
NFL News