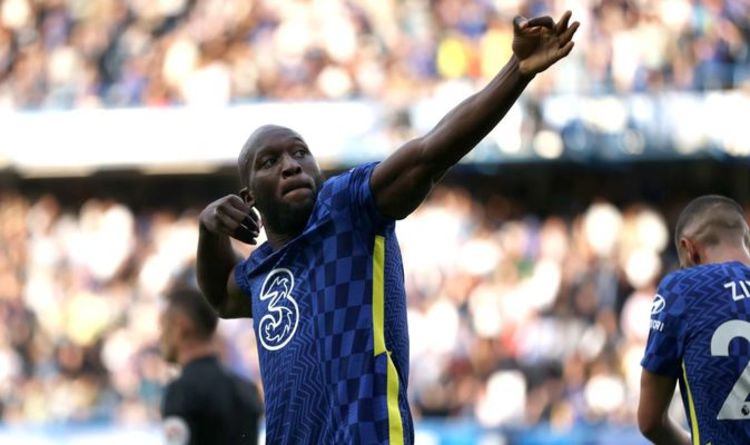 Saturday was always going to be about Cristiano Ronaldo when the Premier League returned after the international break. Whether he scored or not, his comeback with Manchester United was destined to fill the back pages.

And while he didn’t disappoint, scoring twice in United’s 4-1 win over Newcastle, he wasn’t the only striker netting his first goals back at his former club following a transfer from Italy over the summer.

Romelu Lukaku is used to playing second fiddle to Ronaldo, having previously played in Serie A, where his goals were constantly compared to the Portuguese great’s.

Despite firing Inter Milan to their first Serie A title in 11 years in 2020/21, Lukaku was not the division’s top striker.

That accolade went to Ronaldo, who out-scored Lukaku 29 to 24 while playing for Juventus last season – although it should be noted that the Belgian picked up 11 assists to his rival’s three.

It is a friendly rivalry built on mutual respect, but a rivalry nonetheless.

Lukaku’s £97.5million transfer fee was always going to make him a marked man at Chelsea; that kind of expenditure, whether you like it or not, comes with a certain expectation.

For Lukaku, who joined a Champions League-winning side missing one vital asset, that expectation was simple: goals.

Jorginho was Chelsea’s top scorer in the Premier League last season with seven penalties. Lukaku had to plug that gap in the Blues’ line-up. The early signs are that he will do just that.

Arsenal fans told Ramsdale will be a ‘monster’ despite criticism

Lukaku had a strong international break, scoring three and assisting one in Belgium’s comfortable wins over Estonia and the Czech Republic, and he returned to Stamford Bridge in fine fettle on Saturday evening to face Aston Villa.

In a strange quirk of fate, Lukaku had never scored at Chelsea’s home ground, despite playing 15 matches there for the Blues, West Brom, Everton and Manchester United.

It didn’t take long for him to right that wrong. Just 15 minutes had passed by when Mateo Kovacic picked up the ball in midfield, dipped his shoulder to get past Villa’s high press and looked up to assess his options near the centre circle.

As he knew would be the case, Lukaku was already on the move, peeling away from Axel Tuanzebe to show for the through ball in behind the away side’s defence.

Kovacic picked the perfect ball, in between holding midfielder Douglas Luiz and Tuanzebe, and Lukaku was away after it.

So far so normal for him, but what happened next showed his undoubted class in front of goal – and what Chelsea paid for.

Lukaku feinted to shoot with his left foot, drawing Tuanzebe in for the block, before cutting inside onto his right foot. With Jed Steer coming out to close him down, he then fired a low right-footed finish past him.

It was his first goal at Stamford Bridge from his 22nd attempt, according to Opta. It was also his second Premier League goal of the season.

There wasn’t much else for Lukaku to feed on from thereon in, as Kovacic made the game safe by pouncing on Tyrone Mings’ short back-pass to make it 2-0 after the break.

Yet, with the match dying down in injury-time, he pounced once again, shifting the ball onto his left foot to blast into the roof of the net and make it 3-0.

Lukaku had just two shots against Villa, but he scored two goals. He also made it Lukaku 3-2 Ronaldo in race for the Golden Boot.

That clinical finishing – the ability to take the one chance that comes your way over the 90 minutes – is exactly why Lukaku has Thomas Tuchel’s confidence and Timo Werner was merely a late substitute.

There are still 34 Premier League matches for United and Chelsea to play this season. But it is highly likely Ronaldo and Lukaku will once again be battling it out for the league’s top marksman prize come May.

Who is your money on?