Romelu Lukaku is to remain in Belgium until there is clarity on his Manchester United future.

Lukaku has spent this week training with former club Anderlecht, with the decision to stay in his home country a mutual agreement by the player and United. 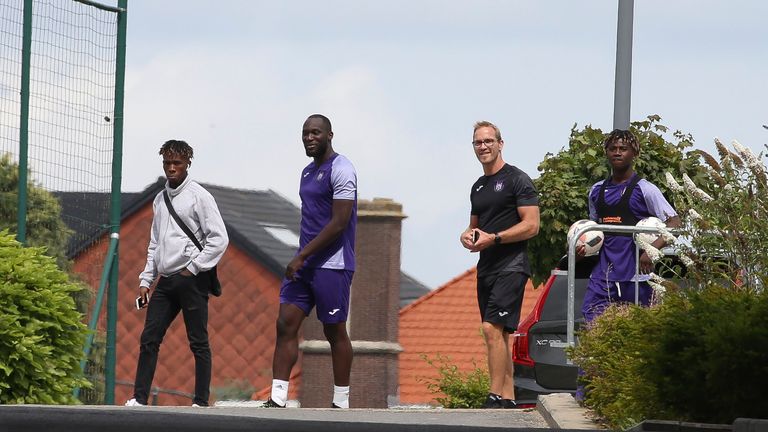 Italian clubs Juventus and Inter Milan have both been interested in the 26-year-old this summer but neither have been successful with their approaches, with United valuing him at £79m.

A move to Juve collapsed at the weekend after Manchester United ended their interest in Paulo Dybala, who was set to join United in a swap deal with Lukaku – a move which Sky In Italy reported last week had been agreed in principle.

Lukaku is adamant he wants to leave the club and has not played a minute of pre-season football for Ole Gunnar Solskjaer’s team. It is understood Solskjaer is prepared to let Lukaku leave before Thursday’s transfer deadline and is willing to utilise emerging young players such as Mason Greenwood in attacking positions.

The forward, who has three years left on his current deal at Old Trafford, has 42 goals in 96 appearances for United since arriving for £75m from Everton in 2017.

It’s Transfer Deadline Day for the Premier League and Championship on Thursday August 8 and Sky Sports will be bringing you all the latest news on who your club is signing.