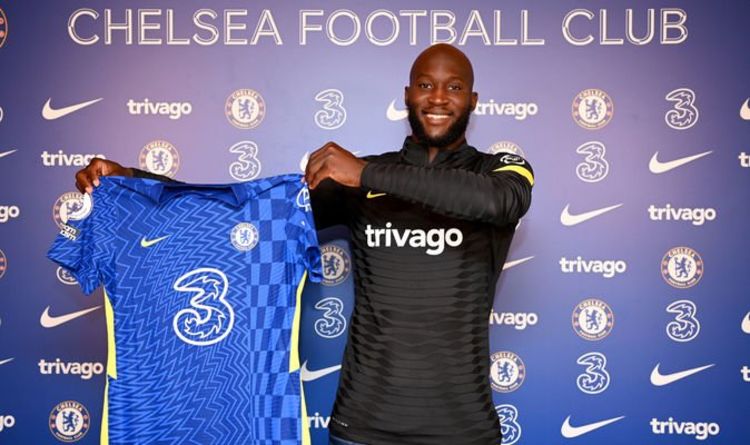 Tuchel comments after Chelsea wrap up deal for Lukaku return

Romelu Lukaku says Thomas Tuchel has been ‘clear’ about what is expected of his new striker at Chelsea. The 28-year-old returned to Stamford Bridge last week after two years with Inter Milan.

Lukaku first arrived at Chelsea as an 18-year-old from Anderlecht nearly a decade ago.

He made 11 first-team appearances and enjoyed prolific loan spells with West Brom and Everton.

The powerhouse forward was eventually shipped off to Goodison Park on a permanent basis and racked up 87 goals for the Toffees.

Lukaku’s form at Everton brought him to the attentions of Manchester United, who shelled out over £75million to take the player to Old Trafford in 2017.

Despite impressing in his first season with the Red Devils, his form nosedived during his second campaign at the club and he was sold to Inter two years later.

Lukaku has been nothing short of sensational for Inter and his 24 goals last season helped the Italian side win the Serie A title for the first time in 11 years.

Chelsea were convinced that Lukaku was the man to solve their goalscoring problem and stumped up £97.5m to ensure the player returned to Stamford Bridge this summer.

Following his arrival at the club, Lukaku was forced to self-isolate, meaning he missed Chelsea’s opening Premier League game of the season against Crystal Palace.

But the Belgium star has since met with the German boss and linked up with his new team-mates at Chelsea’s Cobham training ground.

And Lukaku has revealed Tuchel’s message to him as he prepares to pull on the Blues shirt once again.

“The conversation was really clear from him, that he wants me to be a presence and a leader in the team,” said Lukaku.

“I have to just use all my abilities to make sure I can help the team as much as possible.

“My role will depend on what the game plan is and what the boss wants me to do.

Lukaku will be hoping to pick up from where he left off with Inter when Chelsea travel to Arsenal on Sunday.

The forward is expected to lead the line as Tuchel’s side look to back up their opening day victory.

Lukaku will add significant threat to a Chelsea attack which struggled in front of goal last term.

And if the striker can get close to his Inter tally from last season, fans could be in for a campaign of success at Stamford Bridge.