Brendan Rodgers excited by Celtic’s ‘must-win’ Europa League game with RB Leipzig after turnaround in form: ‘We’re in a much better place’

Celtic manager Brendan Rodgers is relishing the pressure of what he believes is a must-win Europa League clash with RB Leipzig at Parkhead on Thursday night.

The Scottish champions are third in Group B with three points from three fixtures, including a 2-0 defeat at the Red Bull Arena last month.

Austrian side RB Salzburg top the group with nine points, while RB Leipzig have six points and the Hoops boss is looking for his men, who have scored 23 goals in their last five domestic games while conceding just two, to produce their best in their bid to get back into the qualification mix. 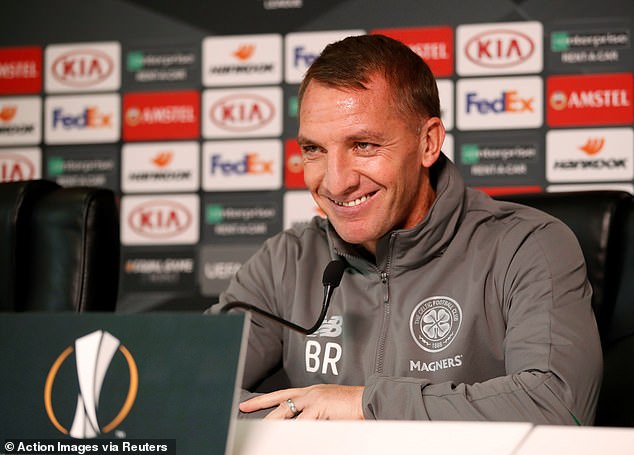 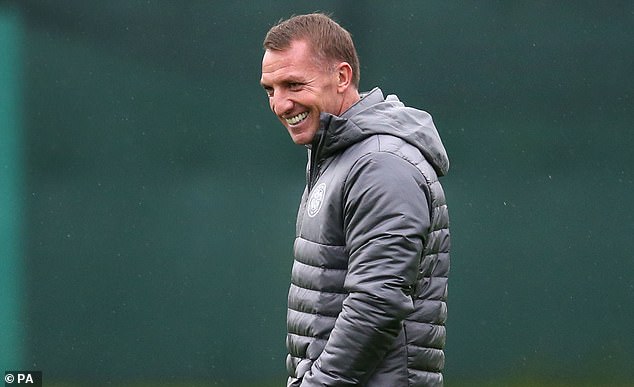 Rodgers said: ‘We are certainly in a much better place than we were a number of weeks ago.

‘The team is really confident and playing well, scoring goals and defensively strong.

‘We know it is a tough game for us but we love playing at Celtic Park and we know that if we are to progress or have any opportunity to progress to the group stages, it is a game that we have to win.

‘People will look at it as a pressure game but not every pressure situation is a negative.

‘I have always seen the pressure moments as opportunities for you to go and show your qualities. 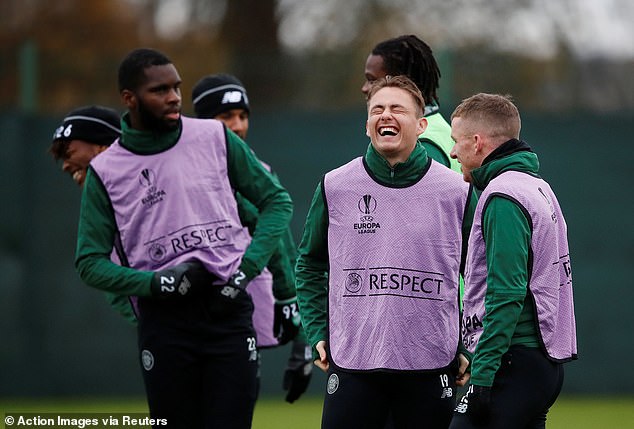 ‘In the last game (against Leipzig), for the opening half-hour we looked fine in the game and then when we conceded we didn’t play well enough after that – both with and without the ball.

‘I am looking forward to the game. In a couple of games away from home we probably haven’t shown our true qualities for whatever reasons but the team is on a good level of confidence, we are playing well which is very important.’ 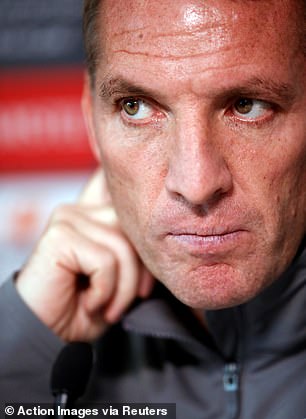 The boss urged his side to cut out mistakes

The former Swansea and Liverpool boss said: ‘It is always a different game at Celtic Park, our supporters are everything for us, they really push us on and help us and of course we know that we have to be at the very highest level to get a result.

‘A little problem for us in the last few years is that we have made mistakes at this level and the lesson is you get punished.

‘So defensively let’s not make mistakes and make it very difficult for the opposition to score.

‘At this level the tempo is quicker and higher and you have to retain the ball better at speed but we have shown at the very highest level that we can do that.

‘It is ensuring we have that consistency and not dent our confidence by making mistakes and hopefully create a platform to get a good result.

‘I have every confidence with the players that we can go on and put on a good demonstration of our qualities and our aim is to win the game.’