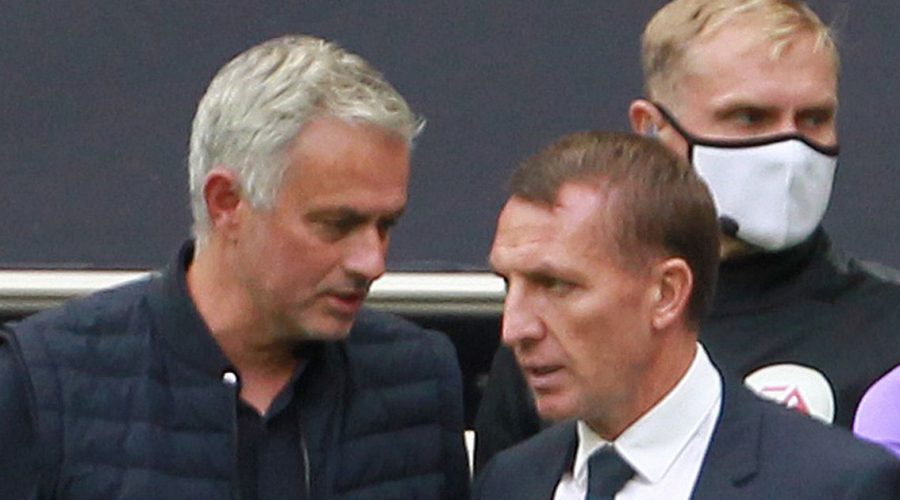 Brendan Rodgers is being linked with the Tottenham job following Jose Mourinho's sacking, but if his previous comments are anything to go by he won't be interested.

The Leicester boss has performed impressively at the King Power having rebuilt his reputation at Celtic following his Liverpool dismissal in 2015.

Rodgers' stock has risen and risen which has caught the attention of Tottenham chief Daniel Levy – but it isn't the first time.

The Northern Irishman was approached about the north London vacancy in 2012 before he left Swansea for Anfield.

Rodgers said after the Portuguese manager's sacking that Tottenham's turnover of managers was a turn off.

"They are a great club and one of the things I looked at was their history," he said at the time.

"They'd had 11 managers in 18 years there, so for someone like myself, who needed to create something, I needed to go to a club that was going to give us that opportunity."

Rodgers was again quizzed on Tottenham's reported interest after his Leicester side beat Crystal Palace 2-1 on Monday night.

"Tottenham is a fantastic club, it's one of the big clubs in this country, it's a huge club. My focus is purely here," he said.

There is no obvious candidate for the job in north London with Ryan Mason taking charge until the end of the season.

Julian Nagelsmann was seen as a potential target but it has now been announced that he will leave RB Leipzig to take over at Bayern Munich next season.

Any future managerial appointment may depend on whether they can be given assurances over Harry Kane's future.

Tottenham's lacklustre performance in the Carabao Cup final on Sunday has increased calls for the striker to seek pastures new as he looks to end his trophy drought.