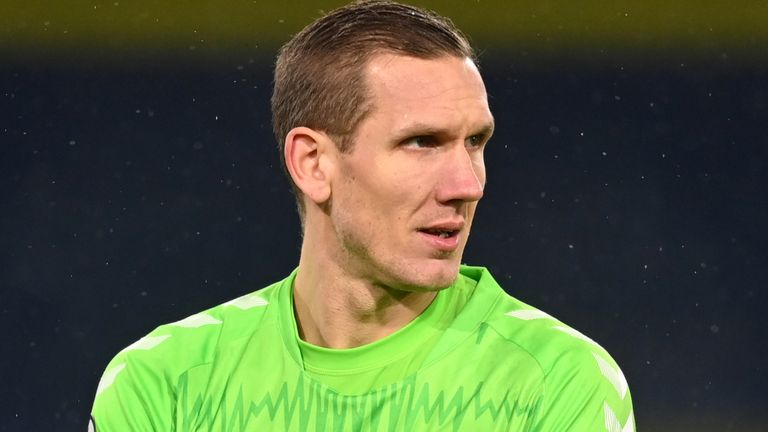 Everton goalkeeper Robin Olsen and his family were the victims of an armed robbery at their home at the weekend.

A masked gang armed with machetes stole jewellery from the house near Altrincham in Greater Manchester.

Sweden goalkeeper Olsen, on loan from Roma this season, was at home with his wife and two young children at the time of the attack.

Everton have offered Olsen, 31, and his family support in the wake of the attack, which left them shaken though not physically hurt.

Olsen has recently been sidelined by injury and has not figured in a matchday squad since the 2-0 win over Liverpool on February 20.

Last month, the home of Everton manager Carlo Ancelotti was targeted when two men stole a safe from the property in Crosby, Merseyside.

March 10, 2021 Soccer Comments Off on Robin Olsen: Everton goalkeeper victim of armed robbery while at home with family
NFL News