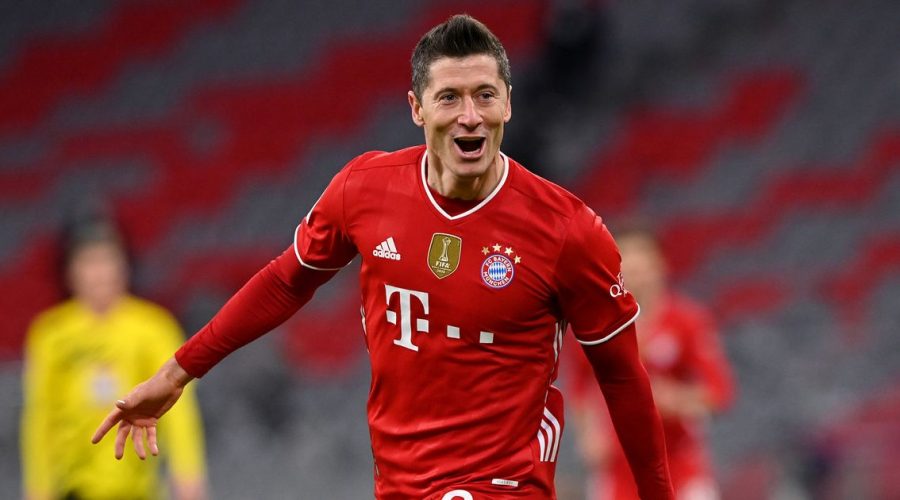 Bayern Munich star Robert Lewandowski had a curious response when asked for his opinion on one of the oldest debates in football – who is the best player of all time?

The Polish striker, who was tipped as one of the favourites for the Ballon d'Or last year before the Covid-19 pandemic suspended the award, opted against naming a single player.

In a discussion with Lothar Matthaus for BILD, he explained that he believes the debate over who the best player ever is has constantly changed through the years.

He discussed his view that in previous years, Ronaldo would have been considered the best ever, but he was quickly eclipsed as football evolved.

The Bayern star also opted against picking either Cristiano Ronaldo – who has five Ballon d'Or awards to his name – or Lionel Messi, who has six.

"There isn't a single player who can be singled out," Lewandowski replied when asked who the best player of all time is.

"Players shape epochs. It used to be [Matthaus].

"There are always extraordinary talents, appearances that simply convey fun in football.

The striker was influential in Bayern's treble-winning season, scoring 55 goals in 47 games across all competitions.

Lewandowski continued that good form into this season, and has already bagged 39 from 35 games as Bayern charge towards another Bundesliga title.