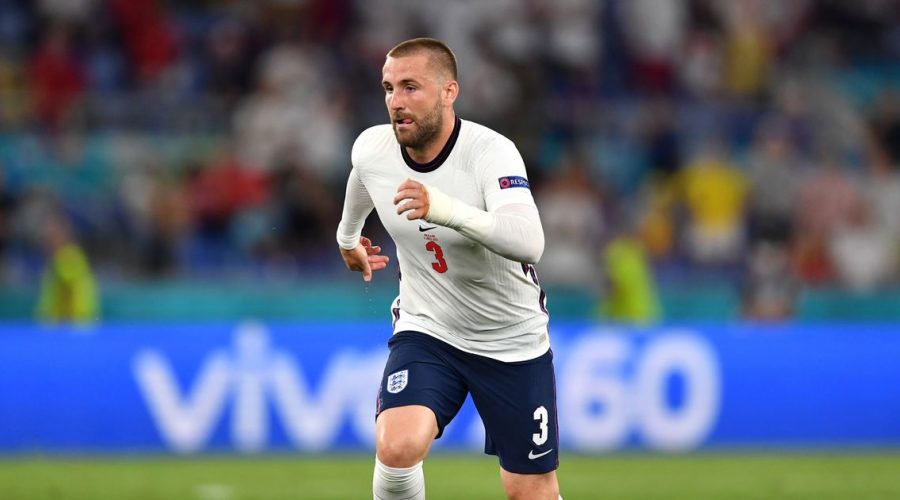 Luke Shaw's outstanding display for England at Euro 2020 earned the seal of approval of arguably the greatest left-back of all time.

The Manchester United defender was one of the Three Lions' most impressive performers in the 4-0 thrashing over Ukraine in Rome.

He now has three assists in two games after finding Raheem Sterling for England's opener against old foes Germany in the last-16.

Shaw took to Instagram after a memorable night at the Stadio Olimpico, posting a photo of his teammates celebrating with the caption, "What a night! All eyes on the semis."

And his post received a response from Brazil icon Roberto Carlos, who replied with several clapping emoji's in appreciation of the 25-year-old's performance.

Carlos, 48, is recognised as one of the all-time greats after reaching 125 international caps and lifting the World Cup in 2002.

No left-back in world football has ever posed as much of an attacking threat as Carlos in his prime, but Shaw is certainly one of Europe's elite right now.

The defender was thrilled after the Three Lions progressed through to the last four.

"It was a perfect night, I'm extremely proud of the team," he told ITV.

"Going back to Wembley for a semi-final in a major tournament is a very positive step and one we're all really looking forward to."

He continued: "There’s no secret. Defensively and on the attacking side, I'll help the team however I can and tonight I did that with two assists. [And we've kept] another clean sheet which is a massive foundation of our work that we put in.

"This was another great night for the fans obviously here and at home to enjoy, with more smiles on their faces, and hopefully we can keep that up."