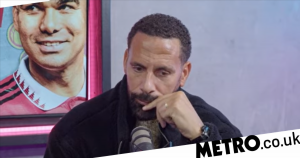 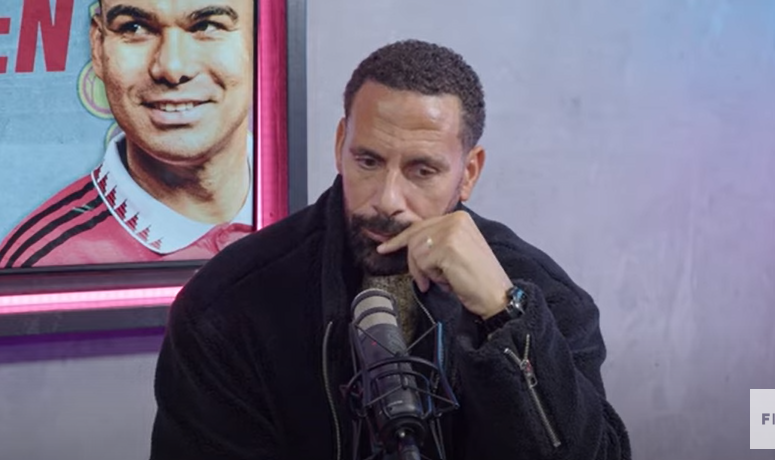 The Gunners only finished fifth last season but have enjoyed a sensational start to the 2022-23 campaign, winning 15 of their 18 league games to move five points clear of defending champions Manchester City with a game in hand.

Mikel Arteta’s side have only failed to win three league games this season – one being when they lost to United at Old Trafford – and outclassed north London rivals Tottenham last weekend.

But Manchester United are also in superb form having won nine matches in a row before Wednesday’s 1-1 draw with Crystal Palace.

United’s form under former Ajax boss Ten Hag has seen the Red Devils climb to third in the Premier League, three points behind Man City and eight behind Arsenal.

Manchester United will of course reduce that gap if they leave the Emirates with three points and Ferdinand has backed his former club to do just that.

Asked to give his scoreline prediction for the Premier League clash, Ferdinand said on the Vibe with Five YouTube channel: ‘I think Manchester United go there and win 1-0. That’s what I think.

‘I’m not certain but United are playing with a confidence. They’re very assured right now.

‘The way they handled Man City – and City are a better footballing team than Arsenal at this moment in time – was really good.

‘We didn’t have much of the ball but City didn’t look like a threat, Haaland couldn’t get near the goal, he didn’t have a chance. United controlled the game.’

‘Arsenal are complete,’ he told Betfair.’ The fans don’t believe they’ll win the league because they are scared.

‘I don’t see why they won’t win the league. In that Spurs match, I saw a team playing like champions, and that was in a derby.

‘Of course, United are United and Arsenal have a problem with United. Tottenham are scared of Arsenal, Arsenal are scared of United.

‘That’s always how it’s been with the way we used to beat them. Now, this is a big game. I want United to go there and put pressure on them.

‘Finally, it’s going to be like a match from back in the day, we’re going to have a proper Arsenal v United game.’