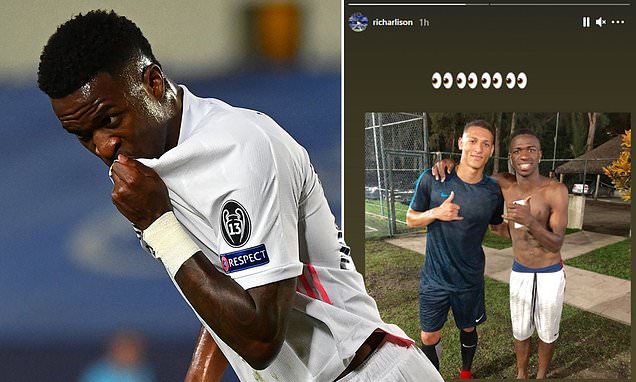 Liverpool are on the brink of exiting the Champions League at the quarter-final stage following a 3-1 defeat on Tuesday night in the first leg against Zinedine Zidane’s side.

Brazilian youngster Vinicius Junior scored twice while Marco Asensio also got on the scoresheet on what proved to be an almost perfect night for the Spanish giants. 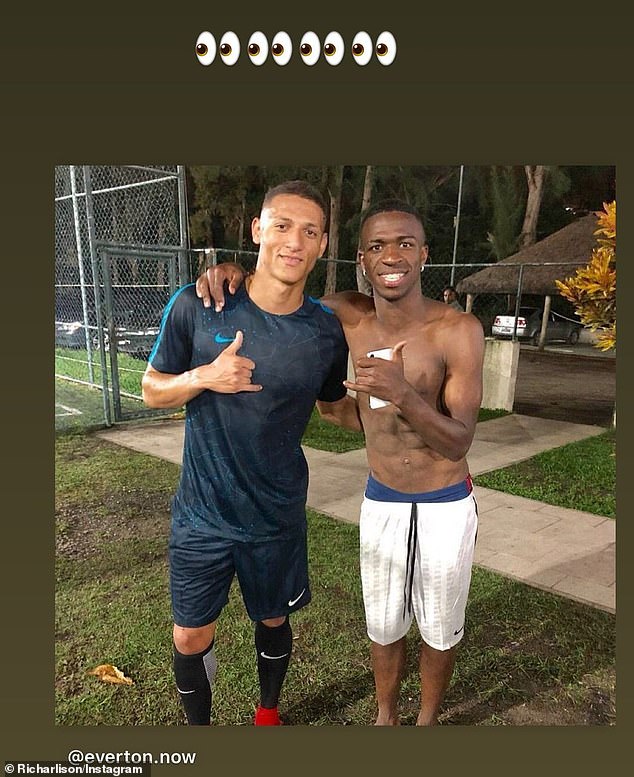 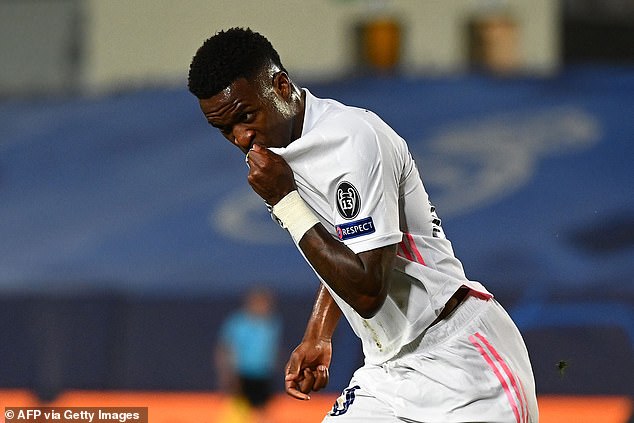 And following the final whistle, Richarlison clearly made his feelings known about the result.

The Brazilian posted an old photo on Instagram of him posing with compatriot and Madrid’s goal-scoring hero Vinicius, alongside the eyes emoji.

The post certainly would have been lapped up by Everton supporters after seeing their rivals fall to an agonising defeat.

Following an emphatic victory over Arsenal in the Premier League on the weekend, it appeared as if Liverpool were turning a corner following their awful run of form. 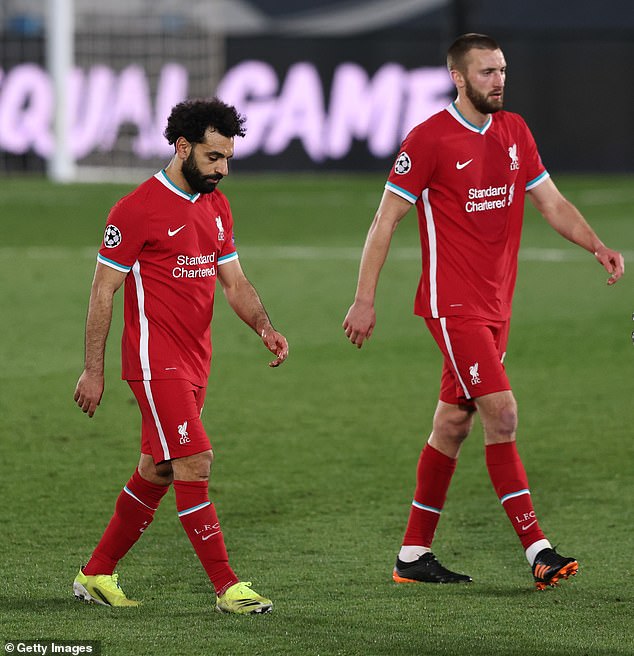 However, Tuesday’s defeat has set them back massively and they face a huge fight to save what has been a fairly disastrous season for the reigning Premier League champions.

The Reds sit seventh in the Premier League – three points off fourth – and are out of both domestic cup competitions, meaning the club’s hopes were mostly being pinned on the Champions League.

‘If you want to go to the semi-finals you have to earn the right to do so,’ said Klopp, who was confident that Liverpool could get a big result before the match kicked off. 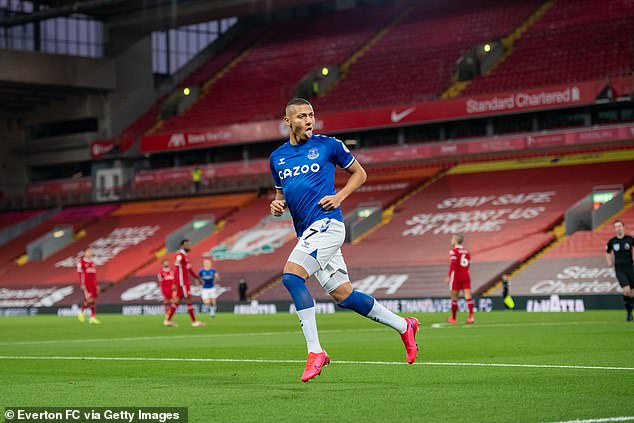 ‘We didn’t do that especially in the first half so the only good thing really about the game, apart from scoring, is that it’s only the first half.

‘We just didn’t play good enough football to cause Real Madrid more problems. I really thought it was possible but it is now hypothetical as we cannot show anymore in this game but can in the next. We made it too easy for them. You have to face all the criticism when you lose.

‘I wasn’t happy with the way we played football when we were in possession. We didn’t deserve a lot more but the second half was okay and it gives us a lifeline. The only good news is that we have another game. Did we deserve more than 3-1? I’m not sure to be honest.’