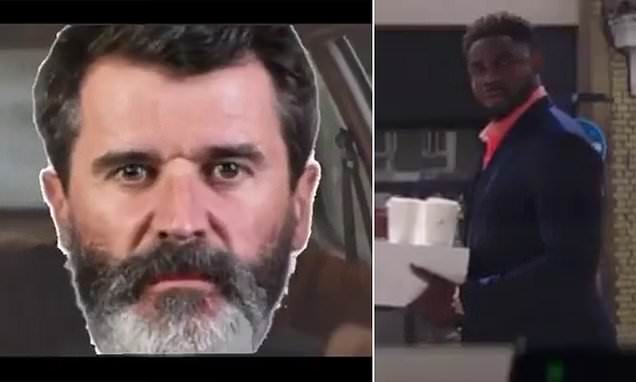 Micah Richards wished his ‘favourite’ Irishman Roy Keane a happy St Patrick’s Day on Twitter, alongside a hilarious video of the pair photoshopped into a famous scene from Pulp Fiction.

The duo have forged an unlikely bromance working together as pundits on Sky Sports, with Keane naturally taking on the serious role while Richards is a more jovial character.

And on Wednesday, Sportsmail columnist Richards took to Twitter to show his love for Keane, writing: ‘Happy St Patrick’s Day To all those who are celebrating today.

‘My favourite Irishman Roy really has the luck of the Irish to work with me on Sky Sports… though sometimes I think he wishes he could repeat this scene from Pulp Fiction.’ 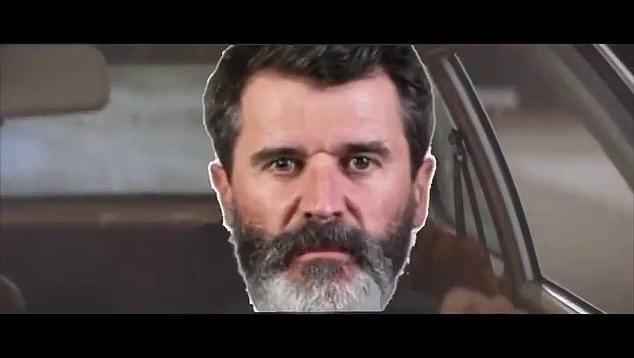 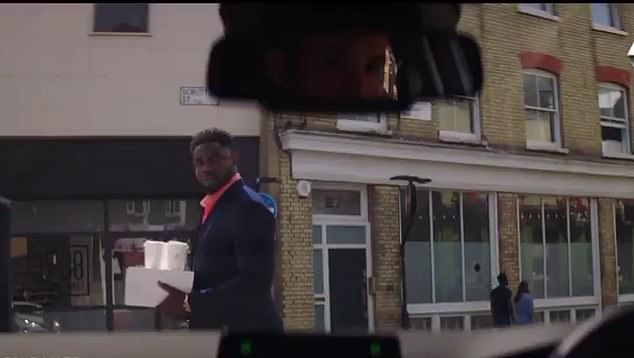 Richards spots Keane, whose face is superimposed over Bruce Willis’ in his car 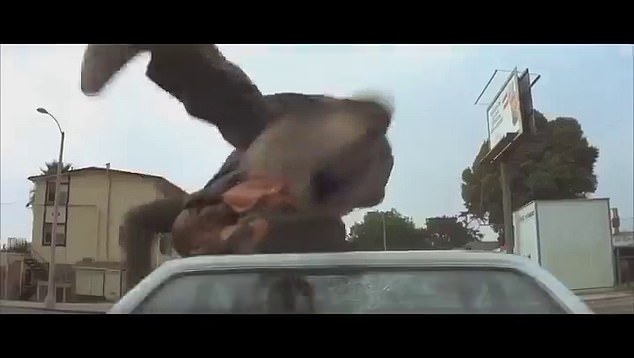 Keane then runs over Richards, who was photoshopped in place of Ving Rhames

In the iconic scene, Keane’s face is superimposed over Bruce Willis’ while he is driving along the road.

As he pulls up at the lights, Richards – who plays the role of Ving Rhames in Pulp Fiction – notices Keane at the wheel.

Immediately afterwards, Keane puts his foot on the gas and runs over Richards before his car is smashed into by an oncoming vehicle just like in the classic 1994 film.

Richards and Keane are the unlikely punditry duo who have endeared themselves to football fans thanks to their amusing dynamic in the Sky Sports studio. 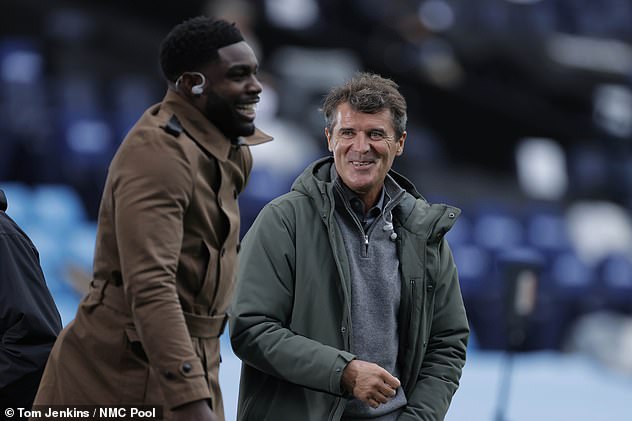 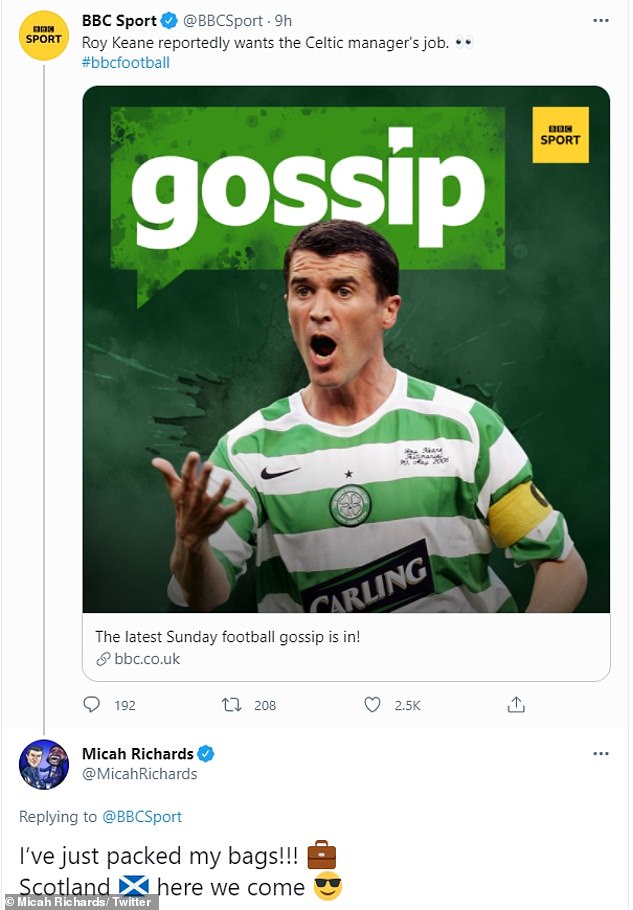 Just recently, former Manchester City defender Richards joked that he was ready to join ex-United skipper Keane as a coach at Celtic.

And after a report popped up on social media claiming Keane wants the Celtic job, Richards joked on Twitter: ‘I’ve just packed my bags. Scotland here we come.’

In reply to Richards, one Twitter user wrote: ‘I’m a Man Utd fan and a Roy Keane fan, but my man you make me laugh. Keep up the good work annoying Keane and all you boys doing Monday night club awesome.’

Another Twitter user said: ‘Is there a more likable bloke on earth than Micah Richards? Even Roy Keane can’t help but like him.’

Furthermore, someone else wrote: ‘You two crack me up, love the banter’, while another joked: ‘Hopefully Roy doesn’t take the Celtic job because enjoying the stick you give him every Sunday. TV gold.’